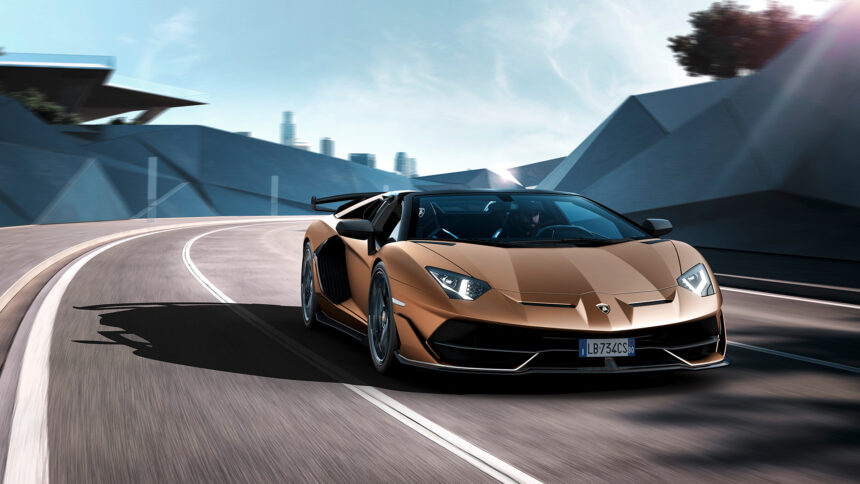 The Lamborghini Aventador SVJ Roadster is a 217mph Open-Top Torpedo

Whenever Lamborghini debuts a new model, an open top variant is sure to follow sooner or later. At this year’s Geneva International Motor Show, Lamborghini pulled the wraps off the Aventador SVJ roadster.

As implied, this is the SVJ coupé introduced last year with the roof cut off — and it looks good. Like the hardtop, there’s an unmistakable likeness to the Centenario and Veneno when looking at the car head-on.

The roadster makes use of the same 6.5-liter V12 engine sending 759hp to all four wheels. If that weren’t enough, it also inherits the same performance profile as well. That means 0-60mph takes a mere 2.9 seconds — a tenth slower than the coupe — and goes on to a top speed of 217mph. 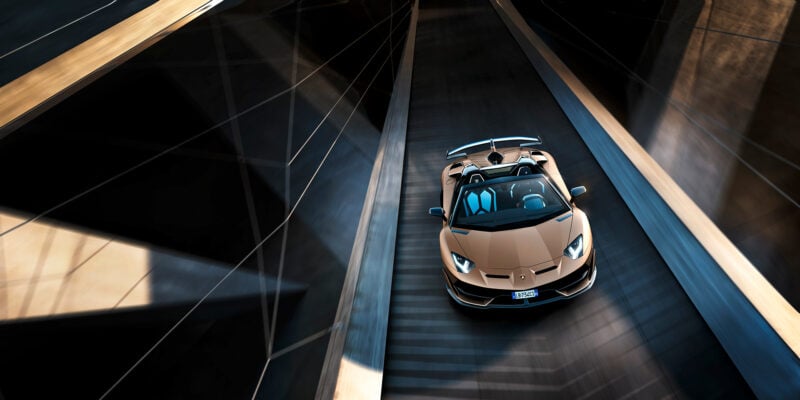 Sharing the same Super Veloce Jota namesake with its hardtop brethren means its performance isn’t to be taken lightly. After all, the coupé holds the record lap time for a production car at Nürburgring Nordschleife.

The roadster is 110 pounds heavier than the coupé, with a roof constructed from “high pressure” RTM (Resin Transfer Molding) carbon fiber. Owners can remove the top via two quick-release levers inside the cabin, and then store it under that twin-nostrilled hood.

Chairman and CEO of Lamborghini Stefano Domenicali had this to say about the new SVJ roadster:

“The Aventador SVJ Roadster inherits all the power, performance and ground breaking aerodynamic technologies of the coupé, but with its own iconic presence and prowess.

It is as fundamentally exciting to drive as the Aventador SVJ but with an added exclusivity: the option of the open air. With the same extraordinary performance roof on or off, the Aventador SVJ Roadster incorporates the dynamism of the coupé with the unique spirit of a Lamborghini roadster.” 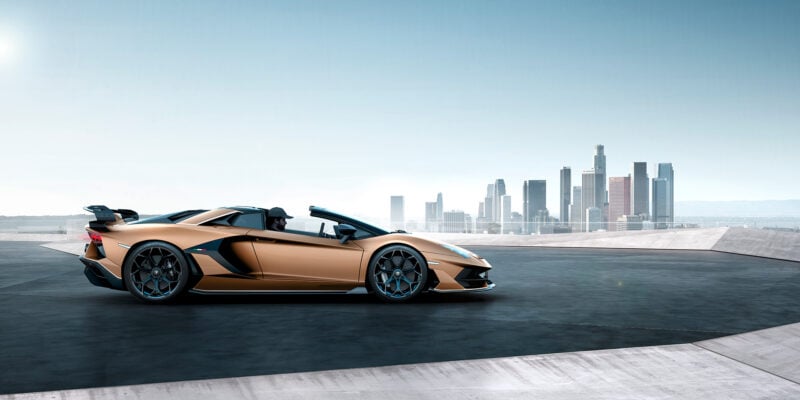 Only 800 examples of the SVJ roadster will see the light of day when deliveries begin this summer. The car shown off in Geneva sports a matte bronze color, Bronzo Zenas. Furthermore, it features an Ad Personam — Lamborghini’s customization studio — livery in Bianco Phanes (white). In Lamborghini’s own words, it “emphasizes the sharp lines of the front and rear bumpers and further enriches the specifically redesigned engine bonnet.”

Bronzo Zenas is only one of the almost 350 colors available to customers. Through Ad Personam, available through every authorized dealer, every single leather and Alcantara part within the cabin can be specified at request. It’s also possible for customers to access an exclusive area in the factory to create a truly unique car.

As with any Lamborghini, dramatic lines are expected and the SVJ Roadster pulls it off without any issue. Side air intakes and front side fins increase airflow, aid cooling, and reduce drag. Airflow over the roof is unaffected whether the roof is on or off. The overall result is a 40% increase in downforce when compared to the Aventador SV roadster.

Geneva Motor Show 2019Lamborghini
38 Comments Discuss this post in our forums...
Can You Beat the Impossible Gran Turismo Quiz?