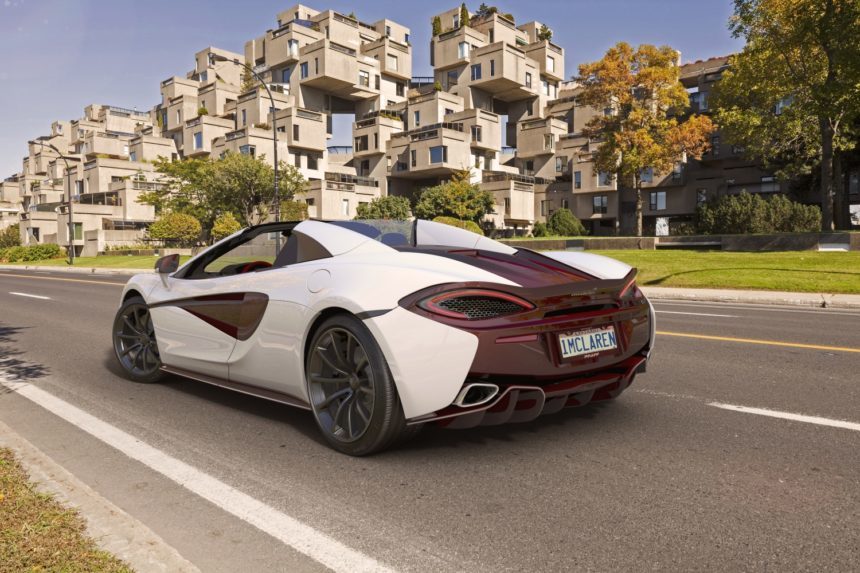 McLaren’s MSO division has done it again. After working its magic on an all-carbon Senna, the team has celebrated the land of hockey and Tim Hortons with its latest special edition. Say hello to the McLaren 570S Canada Commission.

McLaren has a long history with the North American nation. Company founder Bruce McLaren won three races in a row in the Canadian Sportscar Championship back in 1966. Two years later, McLaren and fellow New Zealander Denny Hulme would take a decisive 1–2 victory at the Canadian Grand Prix.

In more recent times, four-time (and current) World Champion Lewis Hamilton got his start at McLaren. In 2007, the then-rookie secured his first pole and win at the Montreal circuit.

To celebrate, MSO has worked with Canadian partner Pfaff to bring five unique McLaren 570S Spiders to market. Each of the cars comes in the same Silica White paint, with red-tinted carbon fiber details from nose to tail. Canadian flags replace the ‘570S’ script on the door blades, while maple leafs adorn the car inside and out. 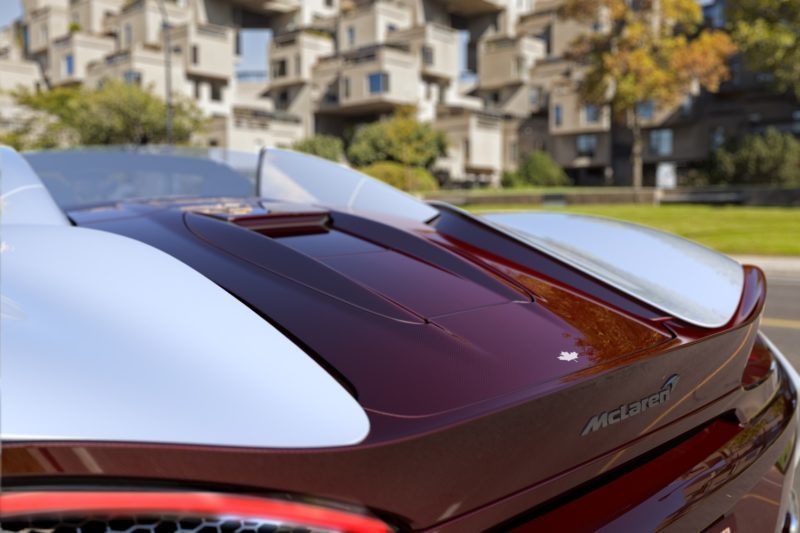 The same national color scheme applies inside, with dashes of red Alcantara on the roof and steering wheel. Meanwhile, a plaque identifies the 570S as one of five.

Being based on the 570S Spider, the Canada Commission boasts the same performance credentials. That means a 0-60mph time of 3.1 seconds, and a top clip of 204mph (or 196 with the roof down). That’s 328km/h and 315km/h, respectively, in the native tongue.

With only five Canada Commissions available, these red-and-white McLarens will be amongst the rarest spots on the road. McLaren Toronto will be selling three of the cars, while its Vancouver and Montreal dealers will get one apiece. They’ll set you back $353,206 CAD, or $280,000 USD at current exchange rates. That’s a lot of Timbits!