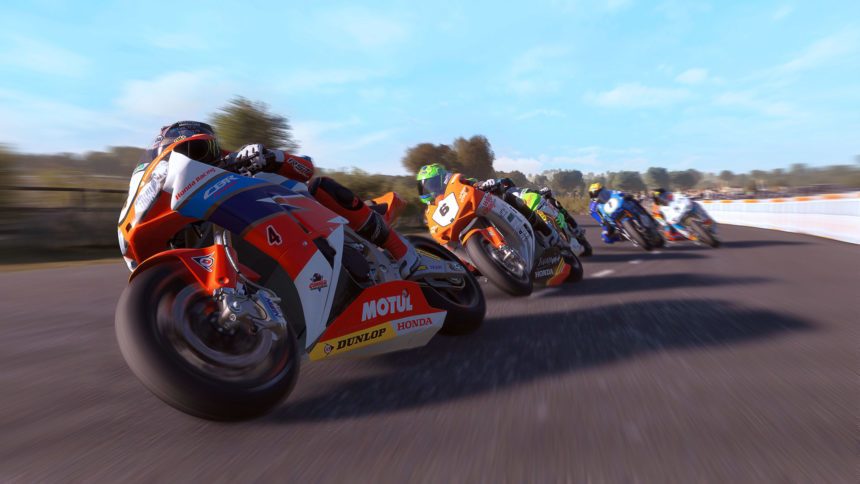 Latest TT Isle of Man : Ride on The Edge Trailer Focuses on Multiplayer

A new trailer has been released for upcoming racer TT Isle of Man: Ride on The Edge. The game, which focuses on the famous time trial circuit, is looking promising indeed and this latest look gives us a rundown of the title’s multiplayer features.

Launching next week, Ride on The Edge is offering wheel-to-wheel action in online multiplayer with support for up to eight players. This may be on the smaller side of player rosters compared to other racing games but it should be fine in this type of game. The Isle of Man track is famed for its time trial roots rather than competitive racing. Still though, Kylotonn has you covered if you want to show off your skill online.

The trailer also highlights that nine other fictional circuits will feature in the game. Alongside typical town environments, we can also see some sort of dock complete with plenty of cargo containers. We imagine this track will be full of 90-degree turns and sharp hairpins to navigate.

Everything is looking very nice indeed, especially from the rider’s POV cam which is really the star of the video. Getting the chance to drive the Isle of Man track in first person is shaping up to be something special.

Our fellow racing game enthusiasts at Team VVV have went hands on with the game and had a go on the Scotland Castle Ring circuit. You can have a look at that gameplay below. This circuit has the high-speed sections you would expect and even reminds us a bit of Driveclub’s fictional circuits too.

With the game arriving in stores next week, it won’t be long before we can give it a go. As the first representation of the Isle of Man track for a few generations, there’s a lot of hype for this one. Stick to GTPlanet for the latest Ride on The Edge news.

TT Isle of Man: Ride on the Edge arrives on PS4 and Xbox One on March 6.

Esports 58 May 24 by Andrew Evans
There’s been a few controversial incidents in this year’s esports extravaganza. We’ve seen drivers crashing other drivers, rage quits, and even racism from the pro drivers. This week’s talking point…