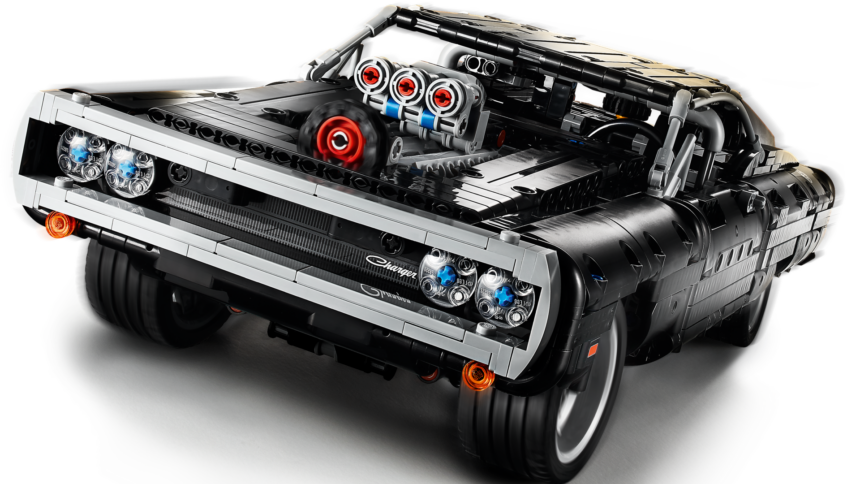 If you’re a Fast and Furious franchise fan, you might be down in the dumps right now. As well as finding yourself cooped up indoors, the latest entry in the blockbuster film series, Fast and Furious 9, won’t even be in cinemas until next year thanks to a coronavirus-influenced delay.

Luckily the famed Danish building block brand LEGO has you covered, with a new LEGO Technic model. The Dom’s Dodge Charger kit is a 1,077-piece model based on the Toretto-family 1970 Charger R/T which appears in no fewer than four of the films — and is due to appear in Fast 9 too.

When completed, the model comes in at 15 inches (39cm) long and six inches (16cm) wide. The standing height is four inches (11cm), but the kit comes with a bracket to put it up into a wheelstand — as seen in that climactic drag race with the orange, ten-second Supra in the first film.

Other details include a pint-sized version of the supercharged 426ci Hemi V8, and moving pistons, supercharger pulley and belt, and BDS blower intake. In the rear of the car you’ll find a couple of nitrous bottles. Proper Fast and Furious nerds will note it comes with the original license plate too — 2JRI424 — rather than the plate swapped over from Brian’s Skyline at the end of the fourth film.

The Charger also has the regular bits you’d expect from a LEGO Technic car, with working suspension and steering. LEGO notes that the kit is for kids and adults, of 10 years and up, but we all know it’s going to be in the hands of thirty- and fortysomethings.

You can order the Dom’s Dodge Charger kit from the LEGO Store right now, priced at $99.99 (£89.99), but you’ll need to wait a little while to get building. First deliveries are due around April 27, which should leave you with plenty of time to get caught up on Fast and Furious lore. We’ll give you a head start:

Every shift in Fast & Furious

That's a lot of shifts.

Fast and FuriousLego
5 Comments Discuss this post in our forums...
Test Your Badge Knowledge With Our Car Logo Quiz