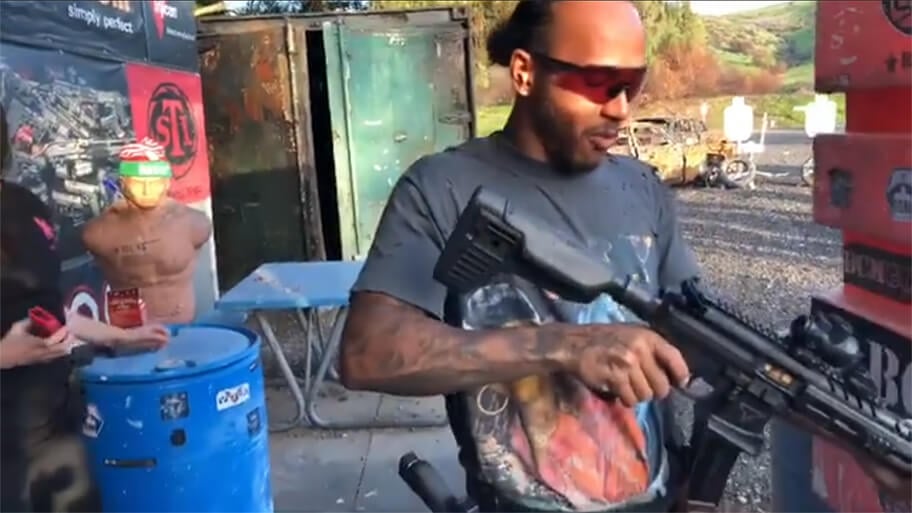 One thing you can’t accuse Lewis Hamilton of is being too narrowly focused. The six-time and reigning Formula One world champion likes to try his hand at just about anything. As well as his glittering career in motorsports, he delves into fashion and music — and even takes time to show how good he is at gaming during the off-season.

However, it looks like he’s set to move into a whole new world: movies. The racing driver has posted two videos on his Instagram social media accounts of some firearms training, as he gets in some practice before what he describes as his “first movie role”:

That location might look a little familiar to action movie fans. It’s a specialist firing range called Taran Tactical, in Simi Valley California. Owned by competition shooter Taran Butler, the range is where a lot of Hollywood’s big stars go for weapons training and familiarization. Chances are you’ll have seen it as part of Keanu Reeves’s training for the John Wick series.

Hamilton’s videos show he’s pretty capable. We’d expect nothing less from someone with such success in Formula One — his hand-eye coordination alone would lend itself well to the task, and he’d be very used to performing repetitive tasks over several hours to make improvements.

Although his grouping with the handgun could be better, he rattles through the drills quickly and only registers a couple of misses overall. The distance shots with the rifle are on point too.

It’s worth noting that Hamilton has been in movies before, albeit only as a voice in Cars 2. Moving into a fully fledged acting career, and in action films no less, is a significant step. They’re not often movies that require too much acting talent, but Hamilton’s PR and media training should help out there — he’s used to standing in front of cameras and acting happy after a bad day. If nothing else, he should lend an air of authenticity to any driving sequences.

What we don’t yet know is what the movie will be. In his posts he refers to John Wick 4, but only by way of letting Keanu Reeves know he’s available. He also mentions Michael B. Jordan, who’s appeared as both the Human Torch in the Fantastic Four reboot and Erik “Killmonger” Stevens in MCU film Black Panther.

At the age of 35, Hamilton is roughly as old as Will Smith was in Bad Boys II, or Harrison Ford in the original Star Wars. If he chooses to head to Hollywood, he’s got a potentially long second career. No doubt the driver will reveal all in due course.