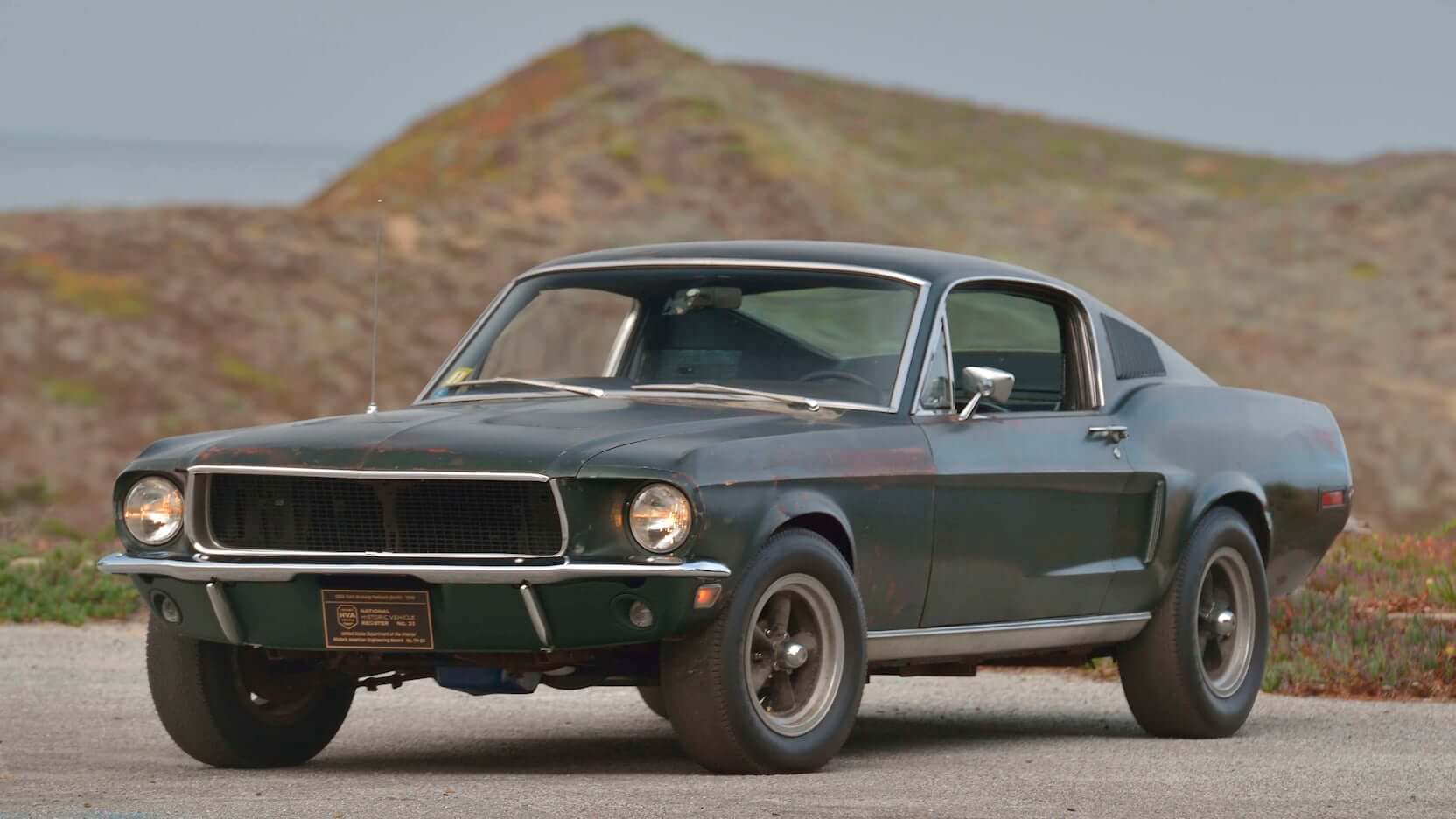 It might be one of the most famous movie cars in history, and now you have the chance to buy it. The original Ford Mustang from classic 1968 movie Bullitt will be heading across the auction block this Friday, in the Mecum auction in Kissimmee, Florida.

Until recently the car was thought lost, until Ford revealed it — alongside its modern namesake — to mark the 50th anniversary of Bullitt.

However, the car wasn’t truly lost, rather out of circulation. Following its use in the film in 1968, an employee at Warner Bros bought the Bullitt Mustang from Steve McQueen’s Solar Productions. It then found its way to a New Jersey police detective named Frank — living out its silver screen fantasy in the real world — before passing into the hands of Robert Kiernan.

Kiernan, who bought the car in 1974, fell in love with the Mustang, and his wife used it as a daily driver until the clutch went in 1980. The Kiernans even turned down offers from McQueen himself to buy the car back, with a letter from the actor attesting to the fact included in the auction.

When Ford released a Bullitt special edition Mustang in 2001, the Kiernans started work rebuilding the car — aiming to keep it roadworthy but in as close to the original condition as possible. Robert never got to see the final product, as he died in 2014 following a long battle with Parkinson’s disease, but his son Sean completed the restoration in time for the 50th anniversary of both car and film.

Bullitt used two Highland Green Mustangs, both built by Max Balchowsky. One car did the stuntwork, and included a roll cage welded inside for safety — this was also thought lost until it turned up in a junkyard in Mexico in 2017 — while the other was the ‘hero’ car, used for the film’s close-up shots with McQueen at the wheel, and some driving action.

The car includes full proof of its provenance, including the letter from McQueen, a letter from Warner Bros. certifying the car’s use in the film, and California and New Jersey owner titles to two of its previous owners. It remains in film condition, including paint scuffs and dents added at McQueen’s direction to add character, and camera mounts for the then-unique chase sequences.

You’ll be able to bid for the Mustang at Mecum Kissimmee on Friday, January 10. There’s no reserve on the car, but as a piece of automobilia there’s almost nothing out there like it. As such you can expect bidding to reach well into the seven-figure region.

Andrew Evans · Jan 6, 2020· Comments
The LEGO Group has announced the new sets it will produce for the 2023 Speed Champions range, revealing the McLaren Vision Gran Turismo-inspired Solus among the five sets on offer.