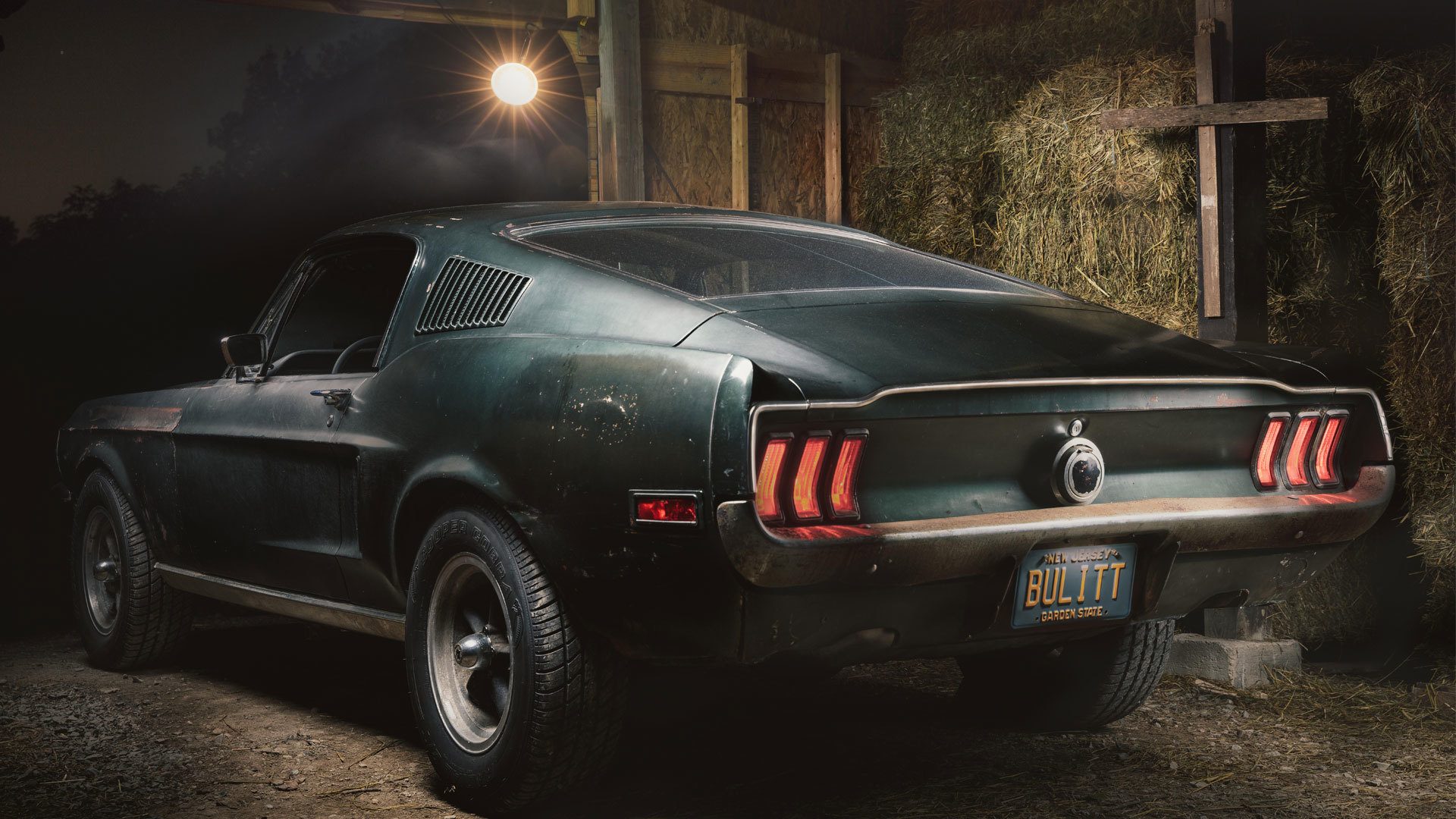 To kick off the NAIAS, Ford took the wraps off the latest edition of the Bullitt Mustang. As impressive as it is, there’s another ‘Stang at the show that tops it. This is, of course, the original 1968 Mustang GT-390 fastback from the film.

Co-starring in Bullitt with Steve McQueen, the GT-390 is an iconic movie car. The car is also part of what many consider the greatest car chase in cinema history. Between leaping through the intersection at Union and Taylor, to a high speed run up Guadalupe Canyon Parkway, it’s easy to see why too.

During the filming of Bullitt, Warner Brothers (WB) actually used two GT-390 cars. The hero car used by McQueen and a stunt car to perform the jumps and slides.

Once filming wrapped up, the stunt car ended up in a scrap yard and the hero found its way into the hands of a private buyer. While there are rumors McQueen was the private buyer, he never actually owned the car. He did, however, attempt to buy it in 1974 without success.

The stunt car resurfaced earlier last year in Baja, California. However, Ford and WB both thought the hero car was lost to history.

That is until current owner Sean Kiernan helped solve the mystery of the missing ‘Stang.

Kiernan’s father, Robert, owned the original Bullitt car and when he passed away in 2014, his son inherited it. This is when Kiernan reached out to Ford to let him know what he had.

When asked why it took so long for him to come forward regarding the car Kiernan gave the classic gearhead answer. According to Ford, he said life just got in the way. Anyone with a project car can easily relate, especially when someone asks why it’s taking you so long to finish it.

Once Ford verified the discovery, it started working with Kiernan on a reveal for the historic car. Wanting to time it with the release of the new Bullitt Mustang, Ford picked NAIAS as the perfect place to show off the missing GT-390.

While kept mostly under wraps, attendees of the Ford press conference were treated to a look at both cars on the stage. Seeing both the new and old Bullitt cars side-by-side is a real treat for sure.

Before the unveiling, Ford invited Kiernan and McQueen’s granddaughter, Molly, to meet one another. McQueen, like everyone else, thought the car was lost to time as well. Pulling back the sheet though, it’s clear she’s happy to see an integral piece of her grandfather’s life.

You can check out the video below to see the reunion of McQueen and her grandfather’s car. If you’re in Detroit and plan on heading to NAIAS, be sure and stop by the Ford booth to get a first-hand look at this amazing car.