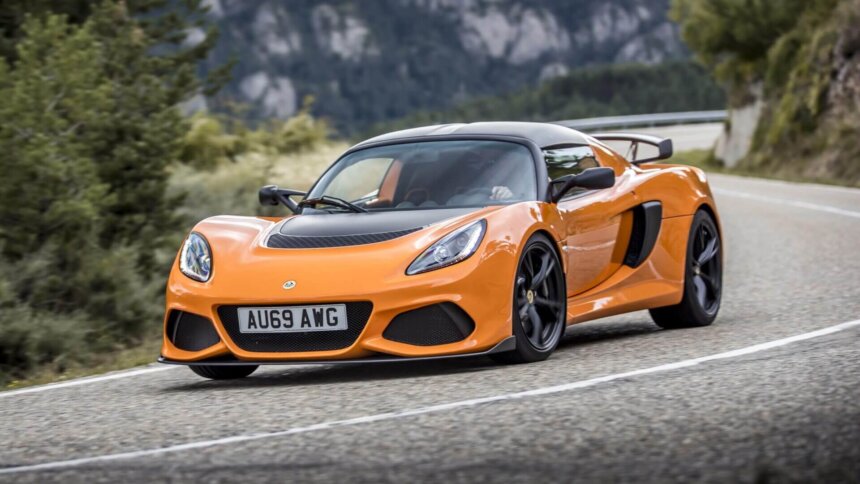 Lotus is a brand well known for finding ways to go faster. The very first Lotus was a modified Austin 7 which founder Colin Chapman built to be lighter and more powerful, to compete in trials racing. Chapman’s principles guide Lotus to this day, with even the all-electric Evija being both as light and as powerful as possible.

In order to make its current crop of cars even faster, Lotus has turned to technology. It’s not offering more power, or weight reduction or suspension packages, but a new instrument cluster. No, really.

The “Digital Instrument Pack” is a retrofit item which slots in place of the existing display. As the name suggests, it replaces the analog dials with a flashy new digital TFT cluster, which steps up the level of functionality somewhat. It’ll fit into any post-2008 Elise and V6 Exige model — the kind of car you’ll typically find on a track day.

In addition to the instrument cluster itself, there’s a GPS dongle. That allows the system to recognize when you’re close to one of the 4,127 racing circuits around the world that Lotus has loaded into the pack, so it can get to work.

The display then turns into your perfect track day companion. It’ll keep a track of your lap and sector times, and let you know if you’re currently up or down on your best lap time. Once you’re done pounding out the laps for a session, you can upload your data to a laptop for closer scrutiny. This also generates engine speed and road speed traces, and you can remove the display entirely for convenience.

If you’re the sort who likes to film your track day shenanigans, the Lotus system also accepts a video input, so you can add camera footage too. Although we’re not sure exactly which circuits are in the gadget’s database, with over 4,000 tracks it’s likely to be pretty comprehensive — and unusually for a British company, the official images include Thunderhill and Daytona’s road course.

The display also fills the usual functions for a road car too, and Lotus includes a unique branded start-up screen, along with some color and contrast customization options. If you just fancy upgrading your dash for something a bit more modern, rather than going full track-day warrior, that’s also an option.

“We know our customers appreciate the motorsport heritage of Lotus cars and love to use their own vehicles on track days. Integrating a Digital Instrument Pack into an Elise or Exige is only going to enhance that experience.”

Lotus
1 Comments Discuss this post in our forums...
Test Your Badge Knowledge With Our Car Logo Quiz