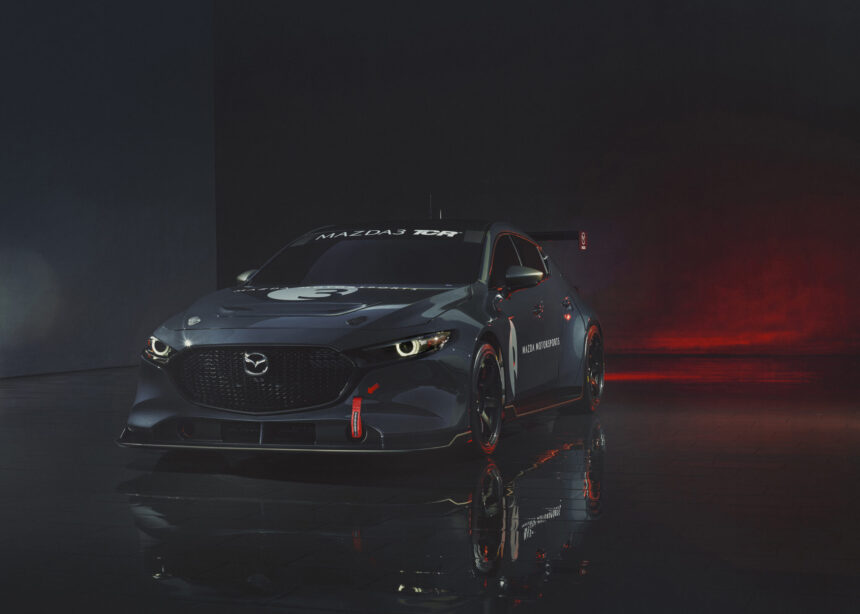 Mazda has revealed an expansion to its global motorsport plans, with a touring car based on the new Mazda 3.

The Mazda 3 TCR race car will make its debut in January 2020, in a four-hour race at Daytona in the IMSA Michelin Pilot Challenge series. However the car’s homologation in the TCR category means its eligible for any one of 36 championships around the world.

TCR is a set of unified global regulations governing racing touring cars. The rules require production vehicle body shells — albeit reinforced — and broadly production-based suspension. Aerodynamics are of a standard specification, and all cars use a two-liter engine, gasoline or diesel, matched to either a production gearbox or a stock TCR sequential shift. 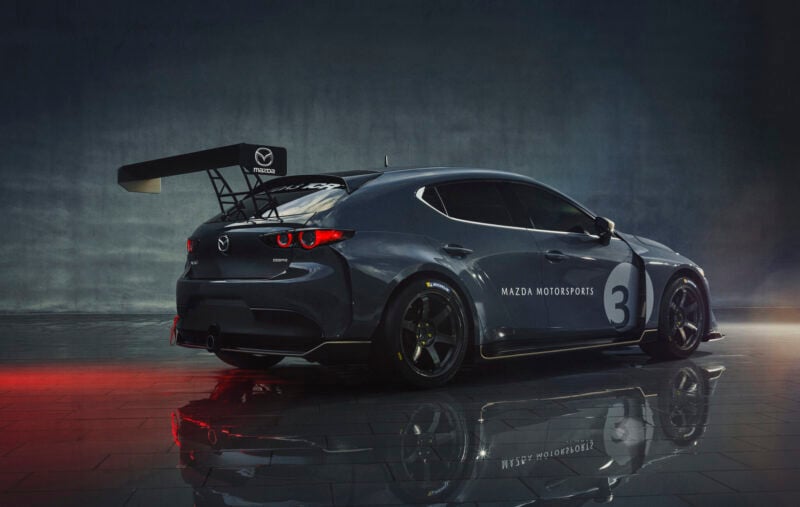 The Mazda 3 TCR is no different. Mazda Design America in California worked to keep the road car’s styling as closely as possible while meeting TCR’s regulations on vehicle dimensions and aerodynamics. Long Road Racing in North Carolina build the TCR, following on from its Global Mazda MX-5 Cup car.

While the regular Mazda 3 boasts a range of efficient engines, the TCR has something a little more potent. Badged as a SkyActiv-X, like its new compression ignition gas engine, the two-liter turbo produces 350hp. That’s channeled to the front wheels via a six-speed, paddle shift gearbox. With a mandated minimum weight of just over 2,830lb, the Mazda 3 TCR is pretty potent.

Mazda claims that there are more Mazdas racing any weekend in the USA than any other brand, thanks to the popularity of cars like the MX-5 in amateur motorsport. It’s a pretty lofty claim, but nonetheless, the Mazda 3 TCR opens up another level of racing for the brand, and what it terms “a new rung” on its motorsport ladder, from the MX-5 up to Mazda Team Joest’s DPi car. 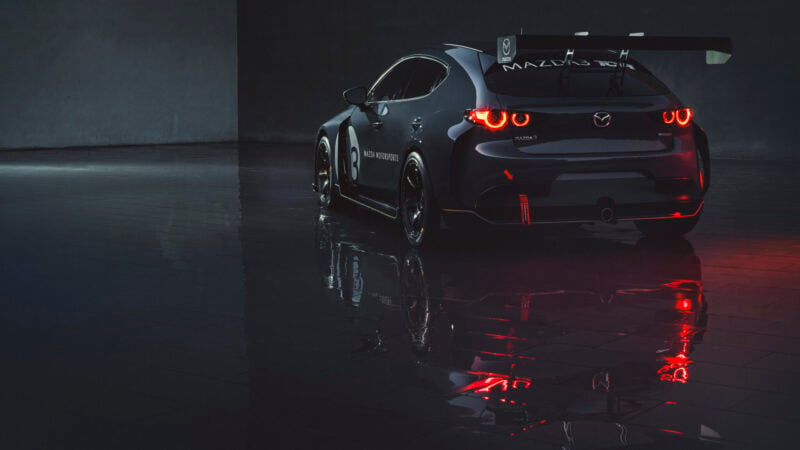 “The Mazda3 TCR features the outstanding design and engineering that Mazda is known for, and because of that, it’s a fantastic foundation for our new TCR car. We have looked forward to returning to the IMSA Michelin Pilot Challenge series for several years, and everyone at Mazda is very excited that we will do just that in 2020.”

“TCR represents a great opportunity for us to showcase the all-new Mazda3 and provide our customers with another great opportunity to race a Mazda in high-level motorsport. Some of our most important successes in IMSA and SRO TC Americas have been thanks to dedicated customers who choose to race with Mazda and we hope the next-generation of Mazda racers will see the potential of the Mazda3 TCR.”

Long Road Racing will make the TCR available to customers for the 2020 season, and provide support. As for a road car based on the TCR like other brands… well, we wouldn’t count it out, nor hold our breath for it.

Mazda
35 Comments Discuss this post in our forums...
Test Your Badge Knowledge With Our Car Logo Quiz