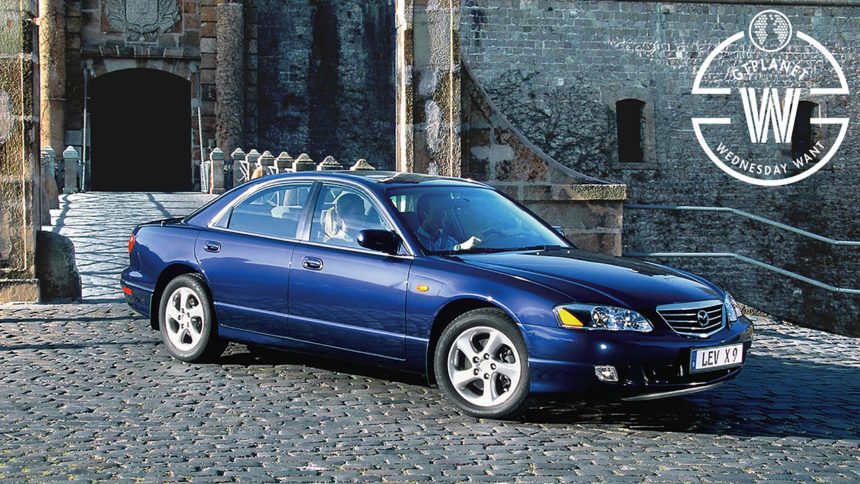 Every now and then, a car will come along with a truly strange engine. Chances are it’ll have a Mazda badge on the nose.

Even right now, Mazda is working on engines that defy explanation. Its most recent work includes a triple-charged piston engine — that’s two turbochargers and an electric supercharger — and a petrol engine that doesn’t use spark plugs. In fact even the current production engines are a bit strange, with low compression diesel and high compression petrol.

But for a brand that persisted with the rotary engine for two decades longer than anyone else was willing, it’s no surprise. It may not have even given up on that either, but if you’d won Le Mans with it, would you?

This week’s Want sees us travel back to the mid-Nineties. It was a time when Mazda was at the very height of its weirdness — Peak Mazda, if you like.

The brand was making the rotary RX-7 and Cosmo, the microscopic Kei car AZ-1 with gullwing doors and one of the smallest V6 engines ever put into a road car for the MX-3. It was selling itself under five brands at once: Mazda; Eunos; Efini; Autozam; and, but for a last minute change of mind, Amati. It was helping Ford make pickups and SUVs, but borrowing Suzuki and Kia models for city cars and superminis. It was selling Citroens and Lancias through its official dealers. There was even a 4-liter W12 engine on the table. Like we said, the very height of Mazda’s weirdness.

Then, as now, Mazda was experimenting with ways to make the petrol engine more efficient without sacrificing power or driveability. So it turned its attention to its least efficient engine — the K-series of V6s. 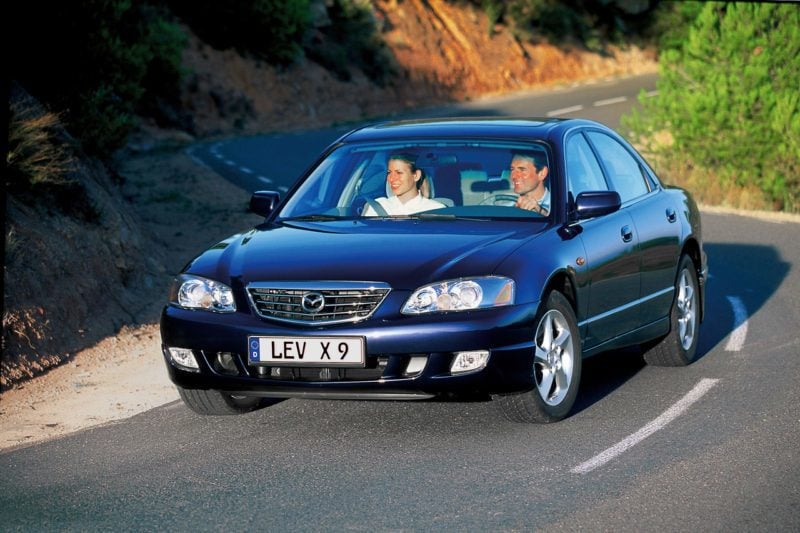 Mazda fitted the K to just about anything. The MX-3 used the original 1.8-liter version, while the 323 and Xedos 6 worked with a 2.0-liter option. A 2.5-liter variant found a home in the 626, Capella, MX-6 and Ford Probe. It was a hard-working engine, and rather over-engineered, which was handy for what Mazda came up with next: the V6 Miller Cycle engine.

Your standard road car has a well-known combustion cycle: Suck; Squish; Bang; Blow. The piston goes down, sucking fuel and air into the chamber. It goes back up and squashes it together, ready for the ignition. The spark ignites the compressed charge with a bang, forcing the piston down again to create torque (and power). Then the piston goes up again, blowing the spent charge out of the exhaust. It’s called the Otto Cycle.

The Miller Cycle is broadly the same, but has two key differences. The first is that the intake valve doesn’t close during the squish phase. This means that the piston isn’t wasting energy trying to compress the fuel-air mix until much later in the stroke. However, this leads to the piston pushing the charge back out of the intake valve. This is where the second difference comes into play: a supercharger keeps the pressure outside the intake higher than in the chamber, stopping the charge from escaping.

Ultimately what this means is that a Miller Cycle wastes less energy squashing the fuel up, increasing the efficiency. In production specification it provided around 230hp and 230lbft, depending on the market. Given that it’s a 2.3-liter unit, that’s 100hp/liter and 100lbft/liter from an engine not intended for performance. 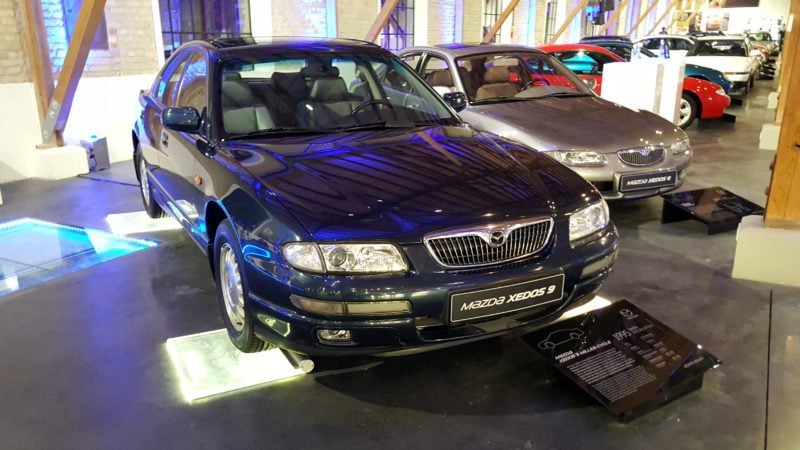 Mazda found the ideal home for this engine, in the shape of the Xedos 9 — or Millenia in North America. This was Mazda’s attempt to build a rival for the BMW 5 Series and Mercedes E-Class. The car-buying public wasn’t convinced enough, probably not helped by the weird name, but drive one today and you won’t know why it wasn’t more successful. It certainly had its charms and the Miller Cycle engine was one of them. It was impossibly smooth and quiet, as was the rest of the car, making the Xedos 9 a deserved rival for the 2.5-liter Germans.

But such an engine wasn’t easy or cheap to make and maintain and despite winning awards, it didn’t last long. Nor did the Xedos 9 — it ceased production by 2000, barely scraping into five figures.

Just in case you were wondering, it’s officially pronounced “Ker-say-doss”.