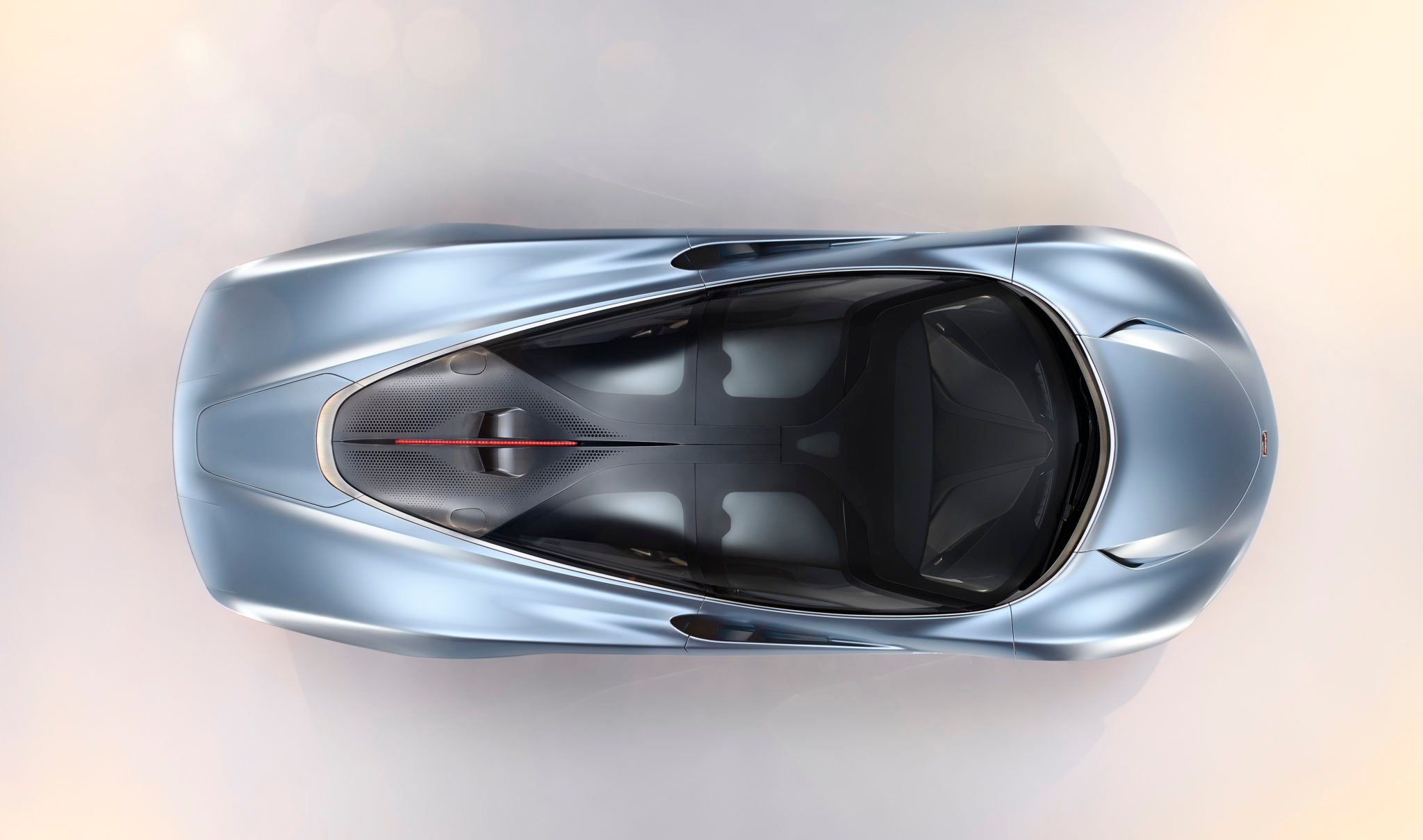 It’s been almost two years since McLaren first teased its next “Ultimate Series” car. Today it’s finally taken the covers off its fastest ever car.

In many ways, the Speedtail is McLaren’s tribute to the F1. Alongside the 250mph top speed, the car uses a 1+2 seating layout — one central driver seat and two passenger seats either side — and McLaren will only produce 106 examples, just like the original car.

However, the Speedtail is a radically different prospect. Part luxury yacht, part pre-war streamliner, the McLaren Speedtail is the company’s first “Hyper GT”, and it’s built around aerodynamic efficiency. 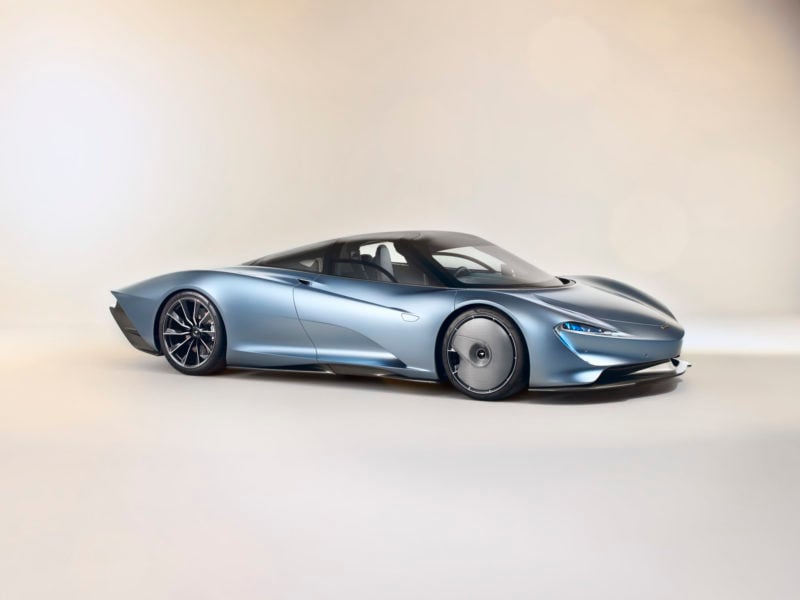 Like all McLarens, the core of the car is a carbon-fiber “Monocage” cell. For the Speedtail this is a unique variant not seen on other McLarens. The entire car’s body is carbon-fiber and purposely shaped to reduce drag. There’s a lot of it too; the Speedtail comes in at almost 17 feet long.

McLaren has made every piece of bodywork and vent work in redirecting air. This starts right at the nose of the car, with air feeding into small radiator intakes or heading up over the car into further ducts to eject it behind the wheel arch. The front wheels themselves feature static carbon-fiber covers which reduce turbulent air flow in the arches.

Notably, the Speedtail has no door mirrors. Instead it has two camera pods which pop out of the door when the ignition is on. Again, these reduce turbulent air flow, and their wide-angle images appear on screens either side of the driver.

One particularly novel feature is a pair of rear ailerons. These are part of the single-piece rear clamshell, made from flexible carbon fiber. They’re a hydraulically actuated active aerodynamic device which bend out of the body to perform the same function as an active rear wing — only without the drag. 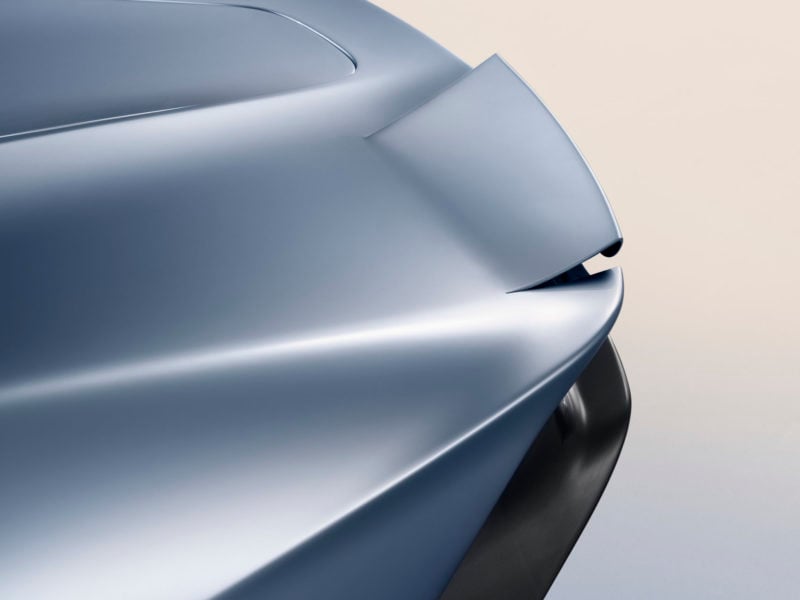 To get this streamlined shape up to 250mph still requires plenty of power. The Speedtail uses a hybrid system, with a petrol engine and electric motors good for a combined 1,050PS (1,035hp). McLaren hasn’t yet revealed what the configuration is, but it seems likely to be a derivative of the Senna‘s 4-liter twin-turbo V8 and a motor similar to the P1.

With the Speedtail’s low drag shape and low weight — around 3,150lb — there’s some impressive performance figures. Along with the top speed, the Speedtail will hit 186mph from rest in just 12.8 seconds. That’s more than 3.5 seconds faster than the P1.

To hit its top speed, the Speedtail will need to run in “Velocity Mode”. This angles the rear ailerons, adjusts the hybrid system and retracts the camera pods, while also dropping the car 35mm (1.4 inches) closer to the road. 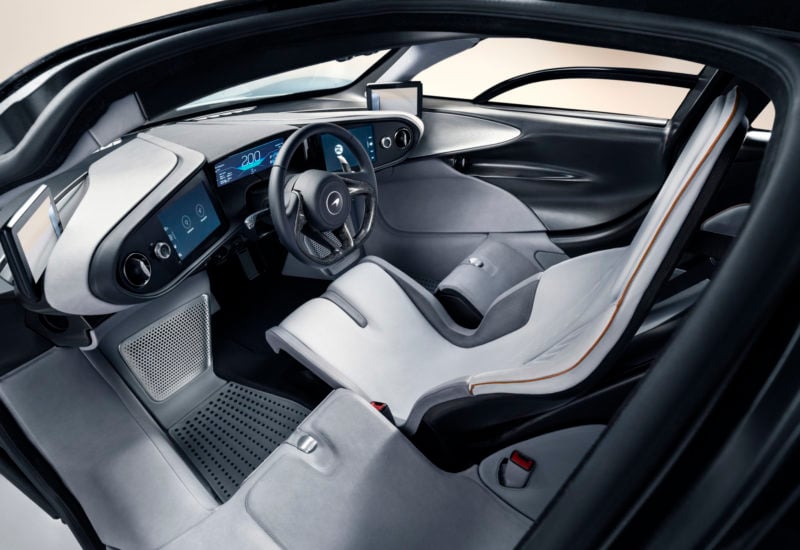 There’s an unusual layout in the cockpit too. Along with the mirror screens at either side, there’s high definition displays and touchscreens across the entire dash. You’ll find almost no buttons, save for a control panel above the driver’s head. This includes the engine start, door and window switches, the McLaren active dynamics panel and Velocity Mode control.

The central driver’s seat uses a new leather finish that McLaren says is directional. This aids the driver sliding into the seat, but then holds them securely once there. We’re not sure how that affects getting back out of it again. The seat itself is, of course, carbon fiber.

For the huge expanse of glass in the Speedtail, McLaren uses electrochromic technology. This allows certain areas of glass, like the enormous rear quarterlights, to turn opaque at the touch of a button. The tech extends to the top of the windscreen, so that the car does not need movable sun visors. 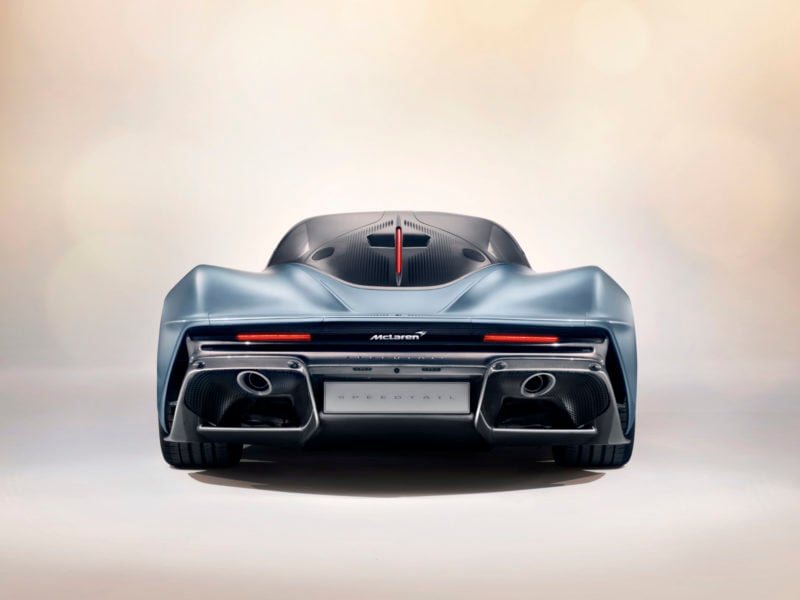 McLaren’s Special Operations division MSO will tailor each Speedtail to its individual customer. This starts with the car’s carbon-fiber body panels which, by a new technology, is available in any color or pattern the customer wishes. It’s called Titanium Deposition Carbon Fiber and it involves the fusion of layers of titanium directly into the carbon weave. MSO can anodize the titanium in any color and can create any design on any of the carbon fiber items of the car.

Another decorative carbon fiber element is “Thin-Ply Technology” (TPT). This uses 30μm thick layers of carbon fiber each set at a 45° angle from the last. When milled this creates an unusual design that McLaren says resembles flowing water. The standard Speedtail uses TPT elements in the shift paddles, overhead control paddle and the McLaren badge on the car’s nose.

Of course there’s an endless variety of Scandinavian leather across the car’s interior. The 106 customers can order it in any color, with any stitching patterns, and any designs embossed into the leather. MSO also uses a novel aerating process which reduces the weight of the leather and makes it softer to the touch.

“McLaren has never built a vehicle like the Speedtail before. As our first ‘Hyper-GT’, the Speedtail is the ultimate McLaren road car; a fusion of art and science that combines an astonishing maximum speed with an iconic central-driving position and a truly pioneering approach to bespoke personalisation.

A ground-breaking hybrid powertrain sits within a lightweight carbon fibre body reminiscent of sleek ‘streamliners’ that once set world speed records, while the luxurious three-seat cockpit offers a sublime combination of an incredible driving experience, unmatched individualism and innovative materials never seen before in a road-going vehicle.”

Although just unveiled, every single Speedtail is already accounted for. McLaren sold all 106 examples before even revealing the existence of the “BP23” project, as it originally referred to the car, at a start price of £1.75m ($2.25m) each. Deliveries will begin in 2020.

Andrew Evans · Oct 26, 2018· Comments
Gran Turismo series partner Toyota has revealed a special, limited edition version of its Toyota Yaris hatchback, which not only bears the Gran Turismo 7 name but comes with a free copy of the game and a PlayStation 5 console.

Andrew Evans · Oct 26, 2018· Comments
After it surprisingly revealed a new car at the Consumer Electronics Show (CES) in 2020, Sony has taken the covers off a second model at this year’s show — and it looks like it might be planning to build them.

Andrew Evans · Oct 26, 2018· Comments
Porsche has officially taken the covers off its Vision Gran Turismo car, designed specifically for Gran Turismo 7 when it launches on March 4.

Andrew Evans · Oct 26, 2018· Comments
MG’s specialist design center, SAIC Design in London, has created a new concept car that’s not only inspired by gaming, but a games room itself.

Michael Leary · Oct 26, 2018· 13 Comments
Although Lamborghini has now officially pulled the wraps off its latest nostalgia project, the Countach LPI 800-4, you’re already too late to buy one.

Andrew Evans · Oct 26, 2018· 21 Comments
Genesis has unveiled a trio of new racing car concepts designed in collaboration with Gran Turismo, destined to take their places in the racing game series in the near future.

Andrew Evans · Oct 26, 2018· Comments
Nissan has taken the covers off the latest model of its flagship performance car, the GT-R Nismo, ahead of its market launch later this year.