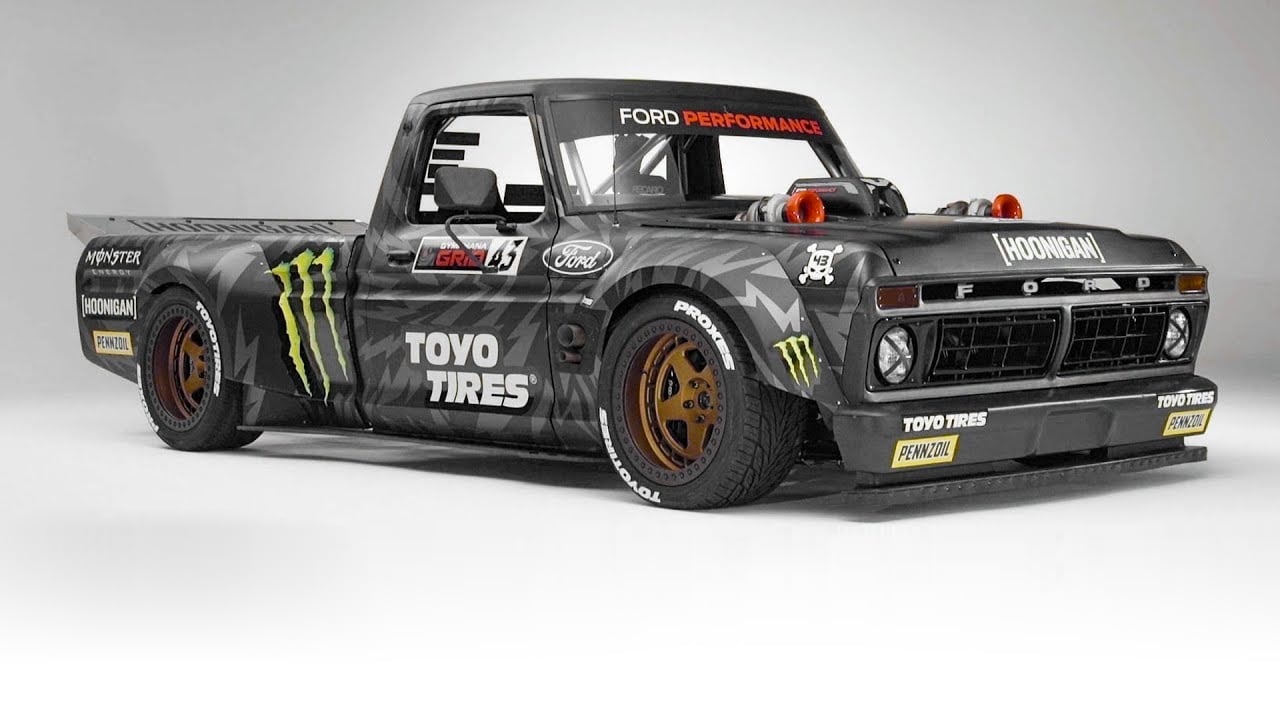 Ken Block is back with another Hoonigan-branded piece of four-wheel madness here at SEMA 2018. It’s another Ford, but it’s probably not one you expected.

The Hoonitruck is a 1977 Ford F-150. Okay, that’s probably being a little generous: in reality, there’s not much left of the original truck outside of the body. But we’re willing to forgive Kenny & Co after finding out what’s under that classic skin.

To start, the Hoonigan garage has crafted a dedicated tube frame for the beast, complete with rally-bred four-wheel-drive system. The heart of the F-150 is the same as that of its modern Raptor progeny: the 3.5-liter Ecoboost V6. In this application, however, it has more in common with the powerplant that took the GT to a Le Mans class win — only with the wick turned up to the tune of 914hp.

The V6 expels its spent gases through an exhaust tip just aft of the front wheels. The turbos poke out of the hood a la the Hoonicorn, and it also features a similarly massive wing out back.

Why the F-150? Block actually learned to drive in a ’77 version of the Blue Oval best-seller.

The Hoonitruck will star in Gymkhana Ten later this year. The tenth in Block’s series of stunt driving will air on Amazon Prime first, on December 7, before showing up on YouTube December 17. Amazon will also air the behind-the-scenes The Gymkhana Files series starting November 16.

Forza Horizon 4 players will be able to get their hands on a digital version of the truck even earlier though. As we reported last week, the Hoonitruck will show up in the open-world racer November 2, alongside a version of Block’s Escort Cosworth.