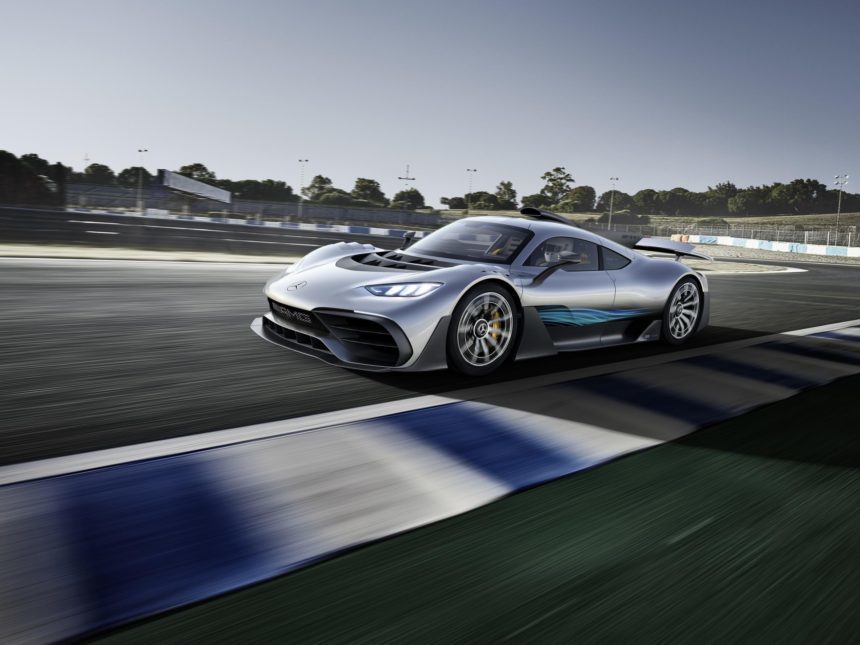 Mercedes and AMG have celebrated the latter’s 50th birthday by unveiling the most extreme car in either brand’s history.

Now officially known as “Project ONE”, Mercedes has taken inspiration for the car from its years of Formula One experience. Multiple F1 World Champion driver Lewis Hamilton has played a role in developing the car and its engine.

Power comes from the same hybrid system as you’ll find in the back of Hamilton and Valtteri Bottas’s F1 cars, albeit with some concessions for road use — so you won’t need a laptop to start it up! 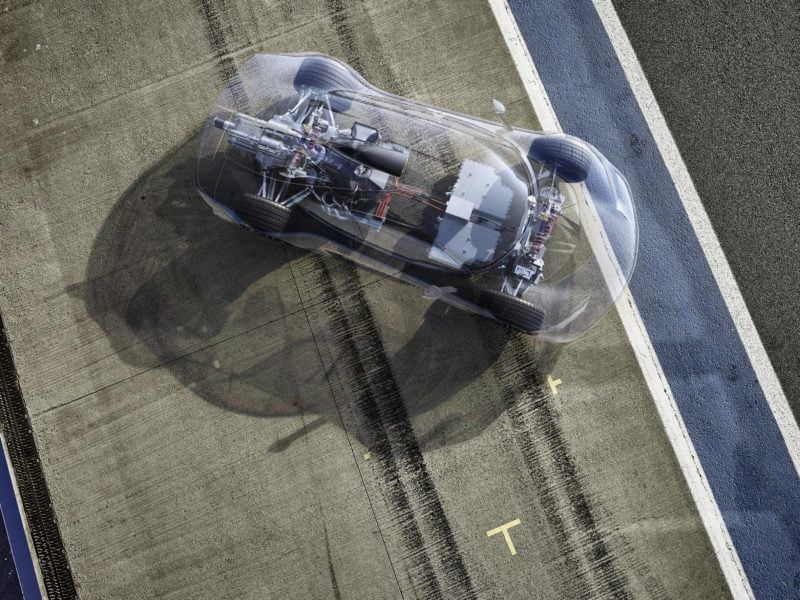 There’s a 1.6-liter, turbocharged V6 petrol engine, providing around 670hp to the rear wheels. It’s the most thermally-efficient combustion engine ever devised, running at over 40% — compared to 25% for a normal petrol car.

Alongside this are two energy recovery systems. The MGU-K unit harvests kinetic energy from coasting and deceleration, while the MGU-H system recovers what would be waste heat. These two combine to charge a lithium ion battery pack that powers several electric motors. The battery also operates as a normal plug-in system, so you can charge it at home.

One 90kW (120hp) motor spins up the turbocharger in order to eliminate any lag and improve throttle response. The others provide power to the wheels, with two 120kW (161hp) motors on the front axle and a further 120kW motor on the rear. The total system power is over 1,000hp, although the car can run on electric power alone for 16 miles.

The engines channel the power to the wheels through an 8-speed automated manual gearbox. It has a fully automatic mode, or the driver can operate it with shift paddles. 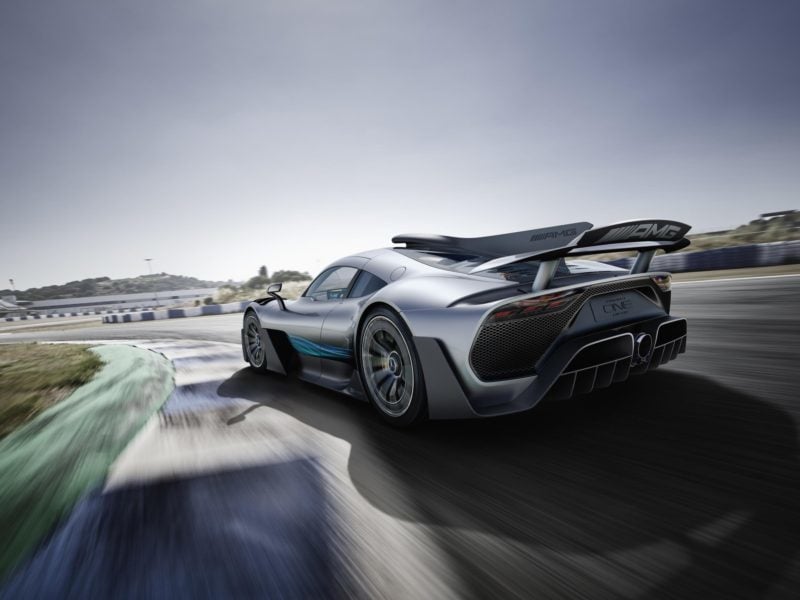 Although Mercedes has given no specific indication of the car’s weight, it has given details of its construction. Mercedes uses a carbon-fiber monocoque similar to the F1 car. The engine and gearbox are integral stressed members of the chassis and support the rear suspension. The suspension itself uses a push rod system, with the dampers mounted across the direction of travel.

The wheels are 10-spoke, 10×19 and 12×20 forged aluminum items with a center lock, and an aerodynamically optimized carbon-fiber cover. This is to improve the car’s co-efficient of drag, but also allows for more predictable air flow. It runs 285/35 tires at the front and massive 335/30 at the back. Braking comes from AMG carbon ceramic discs.

At present Mercedes has not revealed any accurate performance figures either, but states that Project ONE will travel at over 350km/h (218mph) and achieve a 0-200km/h sprint (0-124mph) in just six seconds. This is likely to be refined as more development occurs over the next 18 months. 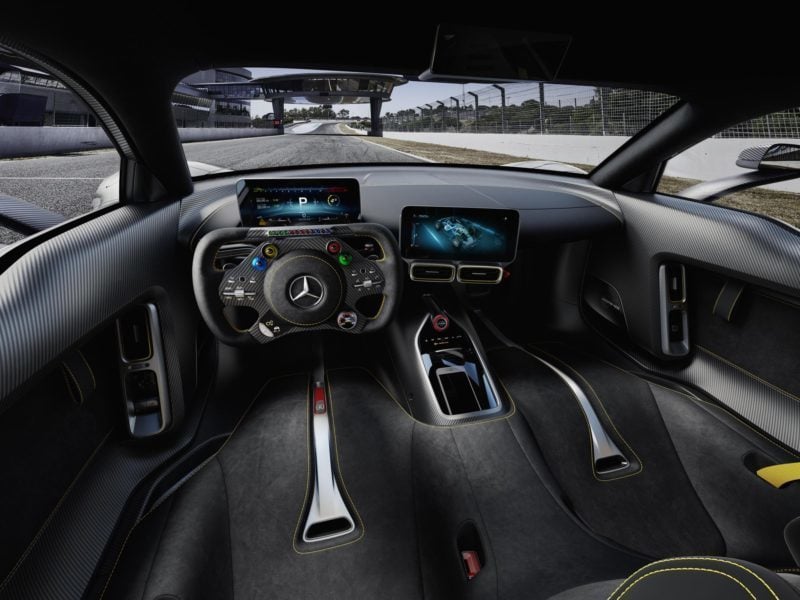 In the cabin, AMG fits a pair of 10-inch LCD screen, one ahead of the driver and one in the center console. There’s an F1-style steering wheel which, somehow, houses an air bag and has numerous controls for adjusting driving modes and suspension. The wheel also houses an LED shift display, and sits on the left of the cabin as all Project ONE vehicles will be left-hand drive.

Mercedes fits electric windows and air conditioning as standard, so the Project ONE is no bare-bones performance car. It even includes the Mercedes COMAND infotainment system!

Production numbers of the Project ONE are limited to just 275 cars, priced at £2.1m ($2.8m). Mercedes is planning to deliver the first customer cars in Spring 2019, and the whole production run is already sold.

Frankfurt Motor Show 2017Mercedes-AMG
230 Comments Discuss this post in our forums...
Test Your Badge Knowledge With Our Car Logo Quiz