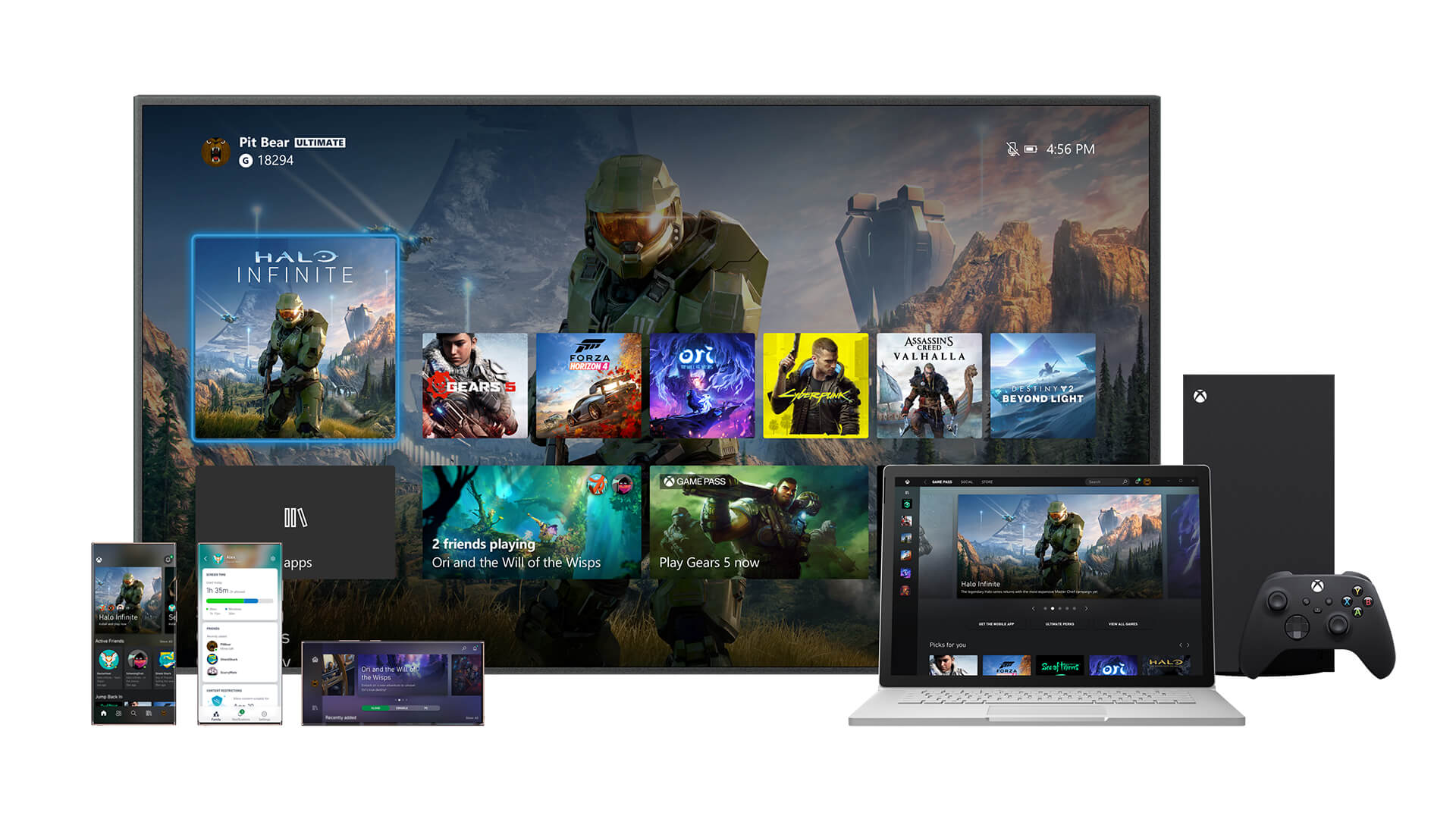 Microsoft has shared a glimpse of the new Xbox user interface (UI) coming to not only the new console this November, but across the Xbox family.

The user experience (UX) is key when it comes to how players engage with their console. It’s what you see when you boot the console up, or switch between games, and a poor interface can undo the best efforts of the hardware and games. For Xbox One players the new interface will seem very familiar, but with a few tweaks. There’s new fonts, new tile shapes, and new illustration styles, all intended to make the dashboard easier to read at a glance.

However speed is the thing we’re hearing about most for the forthcoming console generation — including things like the Xbox Series X Velocity Architecture — and that’s a key component of the UI. It’s important that the device is up and running quickly, and doesn’t hang about in menus while you’re waiting for a game to load.

In regards to the Series X, the Home screen will now load 50% faster when booting the machine, and is almost 30% faster to load when returning from a game. The Xbox team has streamlined the experience, allowing players to discover their games, get together with friends in a chat party that much quicker.

If that weren’t impressive enough, this speed improvement doesn’t eat into system memory. In fact the new UI uses 40% less memory than before. This leaves more overhead for games to take advantage of the console’s horsepower.

It doesn’t end there, as the new experience will also take social interactivity into account. Beginning with the new interface, your phone will play an integral role in everything. As an example, if players share an update or game clip from their console, the new UI will also automatically send it to the Xbox mobile app. From there, players are free to share it on their social networking platforms of choice.

Of course, the new experience won’t be limited to Series X owners. Microsoft will roll out the UI improvements through this year across the entire Xbox family — including Xbox One, Xbox Game Pass on PC, and Xbox mobile apps. This reinforces the team’s stance that no one will be left behind when the next generation begins — or at least for two years anyway.