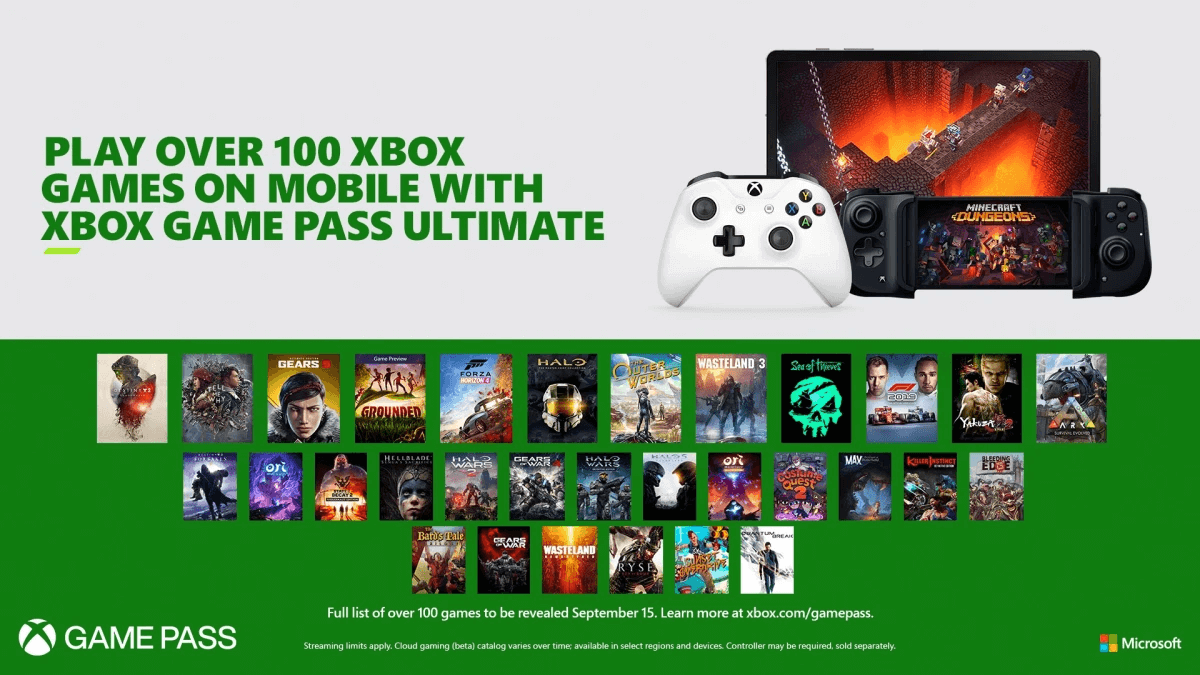 Microsoft’s push to bring its Xbox services to the masses is taking another step forward. Almost two years after first announcing it, the xCloud streaming service has begun a limited rollout to Xbox Game Pass Ultimate subscribers.

In order to make the process as simple as possible, Microsoft has folded the xCloud technology into the Game Pass service — in response to user feedback from earlier testing. Players will be able to stream Xbox games to their mobile devices through a dedicated Game Pass app. While the service will go fully live on September 15, it’s available today as a beta test, to help ensure a smooth launch when the service is available.

The full Game Pass service will include over 100 Xbox titles. Previous xCloud demonstrations have included Forza Horizon 4, and other racers on Game Pass include Dirt Rally 2.0 and F1 2019 — Microsoft hasn’t yet revealed if F1 2020 will be part of the program.

As the service is only in a Beta phase, Game Pass Ultimate subscribers won’t have access to the full library right away, with only around a third of the titles available. Microsoft hasn’t actually revealed which of titles in the line-up will be available for the Beta, but players can expect some pretty big hitters.

For now both this early rollout and the full release of the streaming service will only be available to users of Android devices. While Microsoft had planned to bring it to iOS devices too, Apple has blocked it for now, on the basis that it cannot review each game in Game Pass in line with its store policies.

In order to get access to the service formerly known as xCloud, you’ll need to be a subscriber to Game Pass Ultimate and download the Game Pass app from the Google Play store. Existing Xbox Game Pass Ultimate subscribers who live in one of the 22 eligible countries should have already received a notification that the Beta is live.

Andrew Evans · Aug 11, 2020· Comments
The latest Forza Horizon streams have revealed what players will be getting up to over the next couple of months, with the new Series themes, activities, and rewards for Series 15 and Series 16.

Gary Slater · Aug 11, 2020· Comments
As 2022 begins to enter the closing stages, Forza Horizon 4 welcomes December with an apt Winter season. With festive plans beginning to take shape, players are continuing to hunt down the latest events.

Andrew Evans · Aug 11, 2020· Comments
The final set of Forza Horizon 5 seasonal playlist challenges for the current Series is available from today, with seven more days to get through the donut-based activities.

Andrew Evans · Aug 11, 2020· Comments
The latest seasonal preview for Forza Horizon 5 will stream later today, Thursday December 1, revealing what new content, challenge, accolades, events, and world changes are coming up for players over the next couple of month.

Andrew Evans · Aug 11, 2020· Comments
GTPlanet had the opportunity to sit down with Gran Turismo series creator Kazunori Yamauchi as part of a round-table interview during the recent GT World Series Finals in Monaco.

Andrew Evans · Aug 11, 2020· Comments
One of the bigger stories surrounding Gran Turismo in 2022 is production finally beginning on the long-awaited movie of the same name.

Andrew Evans · Aug 11, 2020· Comments
As the curtain drops on another exciting season of the Gran Turismo World Series, Polyphony Digital is already looking forward to a bigger and better 2023.