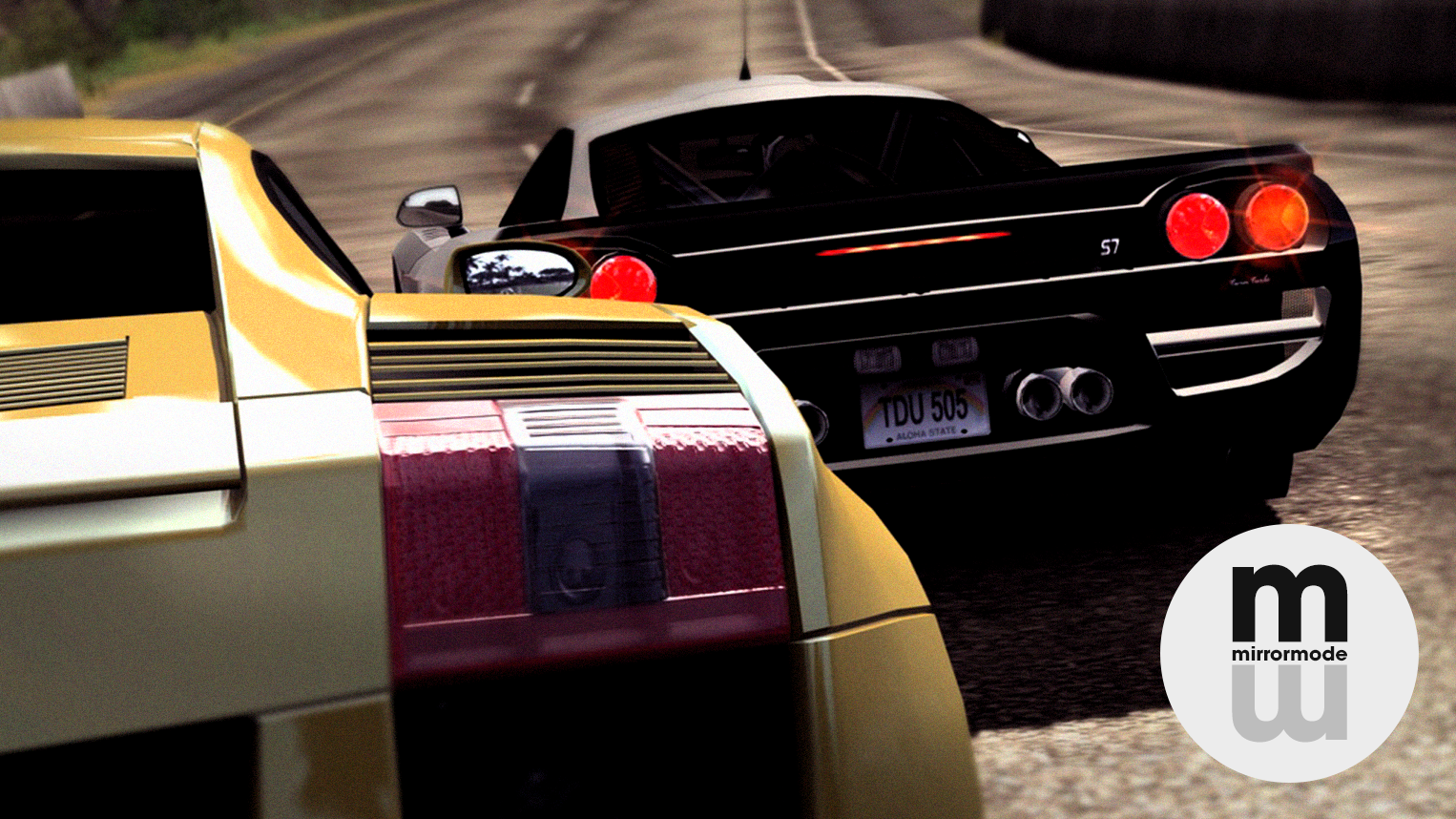 Welcome to Mirror Mode, GTPlanet’s series that shines a spotlight on retro racing games. In this installment, we take a look at a game that set the standard for modern open-world arcade racers.

It was an idea that was too obvious not to work: Build a sprawling open world stocked with endless distractions and a cavalcade of the world’s most lusted-after sports cars, perpetually populated by friends and rivals itching to turn chance encounters into impromptu challenges.

It’s so obvious, in fact, that the number of racing games that fits the description seems to grow exponentially with each console generation. But back in 2006, it was just an idea with no proof of concept.

That’s not to say there wasn’t some precedent for open world racers already — quite the opposite, in fact. Titles like Need For Speed Underground, Midnight Club, and Tokyo Xtreme Racer embodied early-to-mid aughts mainstream car culture with an extensive cast of import rides and, in some cases, characters that were too stereotypical even for a Fast And Furious film.

What they all lacked, however, was a dynamic and seamless multiplayer component. Online gaming was still in its infancy, really. Hopping into a lobby for a couple of quick races was no substitute for the ability to freely cruise around with your mates, but it would be a couple of years before technology would allow that.

Enter Test Drive Unlimited. Dubbed a “Massively Open Online Racer” by developer Eden Games, the first TDU not only thrusted a long-dormant gaming franchise into the 21st century, but ended up defining the modern arcade racer. Imperfect though it was, it still ranks among the most ambitious feats in the genre’s history.

Picture it: You’re a promising-yet-untested young gunslinger who’s arrived in a nondescript West Coast city with nothing to your name but the chip on your shoulder. The competition openly laughs at you before, during, and after every race. But with the help of your cousin and/or childhood friend and the best mechanic in town (which he happens to know), you slowly rise through the ranks, knocking off a cast of archetypes until you’ve finally claimed every street in San Rocktown as your own.

Name an open-world street racer from the early-to-mid 2000s, and chances are it followed some variation of that script. But Test Drive Unlimited was different.

Here was a game unconcerned with whose respect you had and needed, that didn’t advance the plot with cheesy voice acting or by temporarily taking your favorite ride away from you. In fact, there was no plot at all. TDU’s only conceit was 1) you’re extremely wealthy and 2) you enjoy racing.

This was a breath of fresh air for so many reasons. Firstly, credit to Eden Games for trusting gamers’ short term memory and resisting the impulse to insult their intelligence with the same narrative as every other arcade racer at the time. Second, Oahu presented the perfect setting, an island where the player could live out their playboy fantasy in a way no game, irrespective of genre, had ever allowed in the past.

Sunny, lush and massive, this was a world you wanted to explore. It’d take somewhere in the region of 45 minutes to traverse Oahu between its northernmost and southernmost points, but there were so many distractions on the way to inflate that time. (Not to mention a secret island.)

In some games, you might mind the distance. But TDU’s rendition of Hawaii’s Big Island was paradise. And the possibility of encountering other players on your journey only made it more enticing.

The servers may have been taken down many years ago, but this was a game that worked from day one. Less ambitious multiplayer-focused racers have whiffed on their promises, but TDU didn’t.

The island sure does feel a lot lonelier now, but the charm is still there. In revisiting TDU for the purposes of this look back, I found it shockingly easy to set a waypoint for the far reaches of the map and just drive, stopping at dealerships I’d discover along the way. It sounds insignificant, but the ability to navigate an actual, physical store and option your new ride out with the proper interior and wheels built an illusion of authenticity and ownership that other racers still miss. 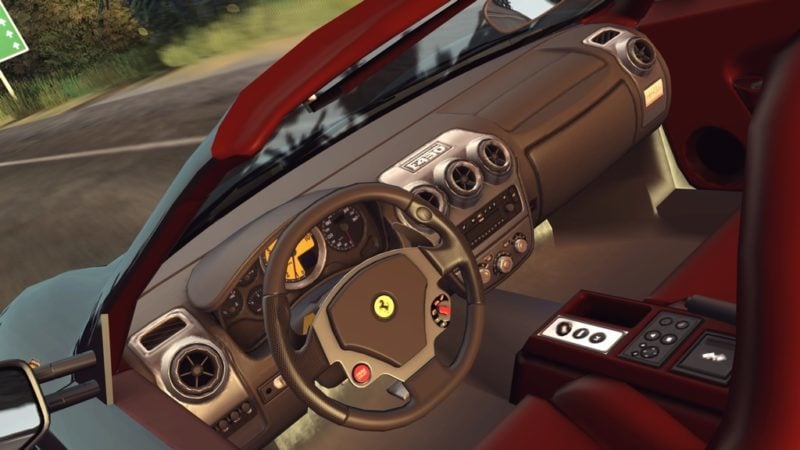 Test Drive Unlimited was ported to the PlayStation 2 and PSP with a surprising amount of content intact, but the Xbox 360 and PC versions led the way. And Eden pushed the 360 hard with TDU.

This was a completely network-based adventure that promised zero load times (or at least cleverly hidden ones). For the most part, it delivered. Or, at least right up until you were behind the wheel of a car fast enough to out run the system’s ability to render the road.

TDU was rough around the edges, even on Microsoft’s then-cutting edge console. The handling had this odd stickiness to it that made supercars and motorcycles more frustrating than fun, especially with the assists turned down. The frame rate was remarkably inconsistent. There was screen tearing all over the place, and the police were so powerless, you have to wonder why and how late into the game’s development they must have been added. (Whatever you do, don’t get pulled over with no money to your name, or you’ll have to serve out a “jail sentence” of 30 seconds. Heaven forbid.)

The boring event types didn’t help. Besides racing, the player is tasked with a few different versions of what are effectively delivery jobs. Sometimes you delivered people (i.e., driving home models fresh off a shopping spree who somehow didn’t arrange for a pickup from the Marc Ecko outlet), while other times you delivered vehicles and suspicious cargo in nondescript cardboard boxes. Reimbursement came in the form of coupons for dressing your avatar or good old-fashioned cash.

It’s safe to say none of these errands were fun, although you could argue they offered an easy way to make money and take a break from racing. Given the size of the world, it’s not surprising that Eden struggled to come up with scripted activities that felt fresh and interesting. Too many were simply aimless.

That’s perhaps the most tragic thing about TDU now. Today, you could try to treat it as a solitary experience. The game is perfectly playable that way. But you know it’s not the point, and it’s not what the developers had in mind. Many racers can be enjoyed years or decades on from release, but TDU is one of those quietly revolutionary examples whose soul vanished when the servers did. 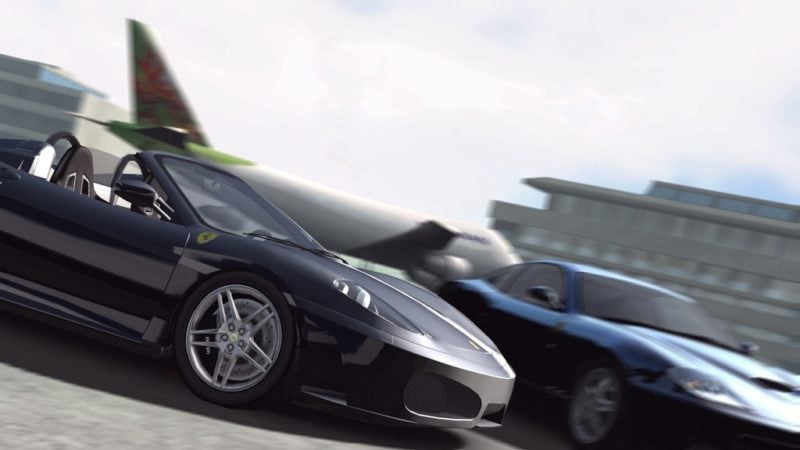 How do we preserve and re-experience games like Test Drive Unlimited? As more of our favorite titles move online, they effectively have a death clock placed on them from the moment they’re launched. Fortunately, the servers remain online for TDU’s 2011 sequel, Test Drive Unlimited 2.

You could say the second game lost the plot by introducing one. Rather than addressing its predecessor’s faults, Eden added another island — Ibiza — an SUV class of vehicles, off-road racing and even a casino. In a world before the first Forza Horizon showed how well put-together an open world racer could be, TDU2 sufficed. There was more to do, but the polish still wasn’t there.

More importantly, it left the Test Drive brand in a bit of an odd spot. Since TDU2’s release, the series’ publisher, Atari, went bankrupt, and the rights landed in the hands of Bigben Interactive — the French outfit known for its work on the WRC and MotoGP franchises, and most recently, the upcoming V-Rally 4. Meanwhile, key members of Eden split off from the studio and started Ivory Tower, which works on The Crew.

Bigben assured fans in 2016 that a new Test Drive Unlimited was in the works. With a new studio calling the shots, the series has been given a fresh start. — and about an island’s worth of ambition to fill.

Gary Slater · May 31, 2018· Comments
January may be in the closing stretches, but Winter has returned for another round in Forza Horizon 4. Through the blizzards and the snow drifts, everyone at the UK festival continues to battle through the elements in order to seek out the latest events.

Andrew Evans · May 31, 2018· Comments
Playground Games has previewed the next Series of Forza Horizon 5 — Japanese Automotive — in its latest Let’s Go stream, revealing what people will be doing, building, and winning when it gets underway on February 2.

Michael Leary · May 31, 2018· Comments
Although Playground Games has yet to announce the Forza Horizon 5 Series 17 update, it’s already confirmed that Series 18 will feature a tribute to the late Ken Block.

Andrew Evans · May 31, 2018· Comments
Quirky rally title art of rally is now available as a physical, boxed title for PlayStation 4, PlayStation 5, and Nintendo Switch owners, with some cool bonuses for buyers of either the base version or Collector’s Edition.

Michael Leary · May 31, 2018· Comments
The next Forza Monthly — the first of the year — is set for this Thursday, January 26, and it looks to pack information for both Forza Motorsport and Forza Horizon 5.