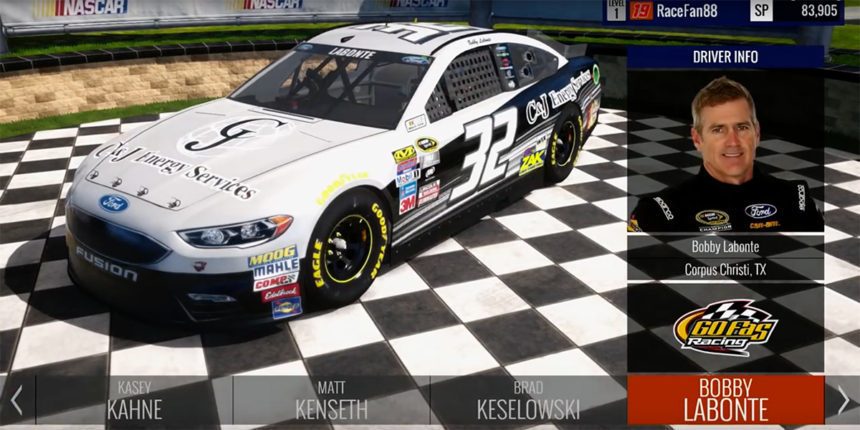 Fans of the most popular American auto-racing series are undoubtedly excited as progress on the newest NASCAR game continues. As you may have heard when we shared the official trailer earlier this week, Monster Games — the developer behind early-2000’s NASCAR games and PC classic Viper Racing — is working on NASCAR Heat Evolution. The game is scheduled to appear on September 13 for PlayStation 4, Xbox One and PC.

Meanwhile, the developer plans on sharing “Developer Diary” videos regularly, which are going to explain the step-by-step background of developing the game. The video up top is focused on aspects of the highest importance to the developer: accessibility to a wide range of players, and the overall handling model.

The operative word in the video is “authentic”. Richard Garcia, the president at Monster Games, talks about how the team revisited its classic NASCAR titles to get a feeling of both what has been done, and what targets needed to be set for the current title.

One bit of encouraging news is a separate “Simulation” physics mode, offering a higher level of fidelity to the more experienced players. Lead Artist Troy Harder promises players “will feel what a real NASCAR driver feels”.

According to everything we know so far, the game should feature steering wheel support (you can spot a Thrustmaster PlayStation wheel in the video), and a detailed damage model. There is no doubt more news will appear in next few weeks leading up to the release, so make sure to follow GTPlanet closely for more info on NASCAR Heat Evolution.

NASCARNASCAR Heat Evolution
The original comments for this post are no longer available.
GT Sport Brake Light Quiz: Spot the Car from Just the Brake Lights