Netflix has confirmed that fly-on-the-wall Formula One documentary Drive to Survive will be returning to the streaming service for a fourth season early next year.

The show, produced for Netflix by Box to Box Films, takes an extraordinary look behind the scenes of the manufactured public face of the sport. As well as one-on-one interviews with the drivers, team principals, and people who make F1 what it is — and their families — the camera crews for F1DTS have seemingly unlimited access to the usually private areas of F1.

This means that they often capture totally unguarded moments, often so awkward you’ll all but cringe yourself inside out. However, the show has also created some unexpected stars, such as Guenther Steiner.

Steiner, the front man of luckless outfit Haas, has become known for his rather colorful language, and with this season’s car being a dud built from another dud — along with the team’s controversial and lacklustre second driver — we’re expecting some more of the same this year.

While the first two seasons were well received, this year’s show, following the 2020 season, had a few more critics. The extreme uncertainty of world events last year, and the heavily reworked and shortened F1 calendar, likely had an effect on what the Drive to Survive team could film and when. We’re still seeing grands prix cancelled, postponed, and moved around the calendar this year, but there’s less general disruption so we’re hopeful S4 will be a return to form.

It’s not like there’s a shortage of drama to follow either. One of the major turning points in 2021 so far was the crash at Silverstone, which saw not only division between fans (more so than usual) but also some fiery language from the Red Bull garages. That still rumbles on even now, more than a month later, and with Red Bull principal Christian Horner being one personality closely followed by the F1DTS cameras we’re likely to hear some candid thoughts.

There’s plenty of other highs and lows too, such as Esteban Ocon’s unlikely first F1 victory, the ongoing Mercedes second driver saga — and the spectacular crash between the incumbent and his apparent replacement at Imola — and the rise of Lando Norris. The aftermath of the high-speed punctures in Baku is something we can see taking up a chunk of screen time too.

At the moment, Netflix hasn’t announced when season four of Formula 1: Drive to Survive will become available, and as filming is still ongoing there’s no trailer yet. Previous seasons have arrived a week or so ahead of the new season’s races, so we’d expect it to land in early March.

After a season’s delay to account for a disrupted 2020, F1 has revealed the first car built to the new 2022 regulations... 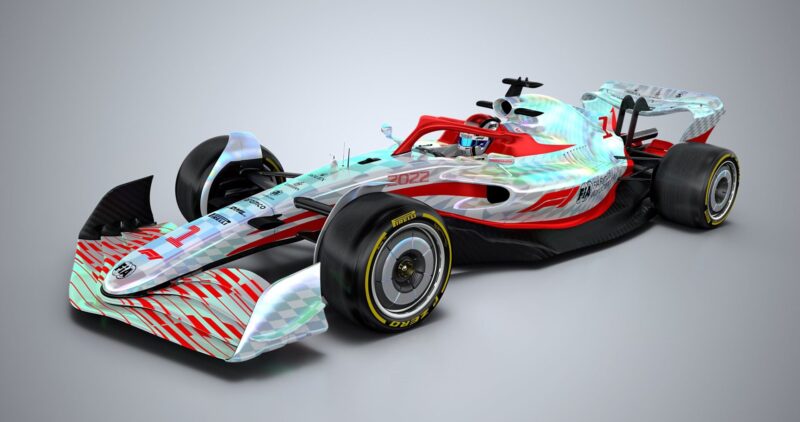