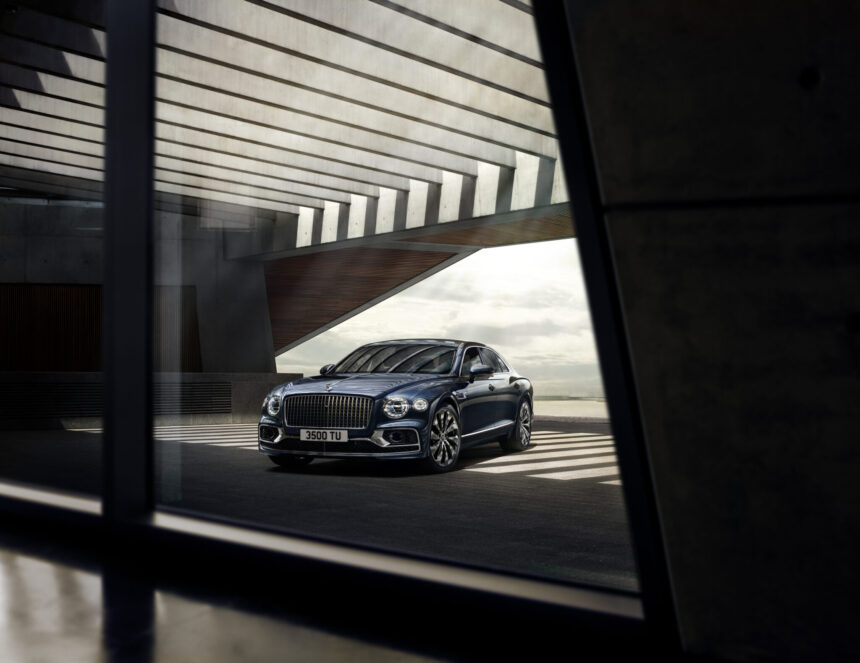 Bentley has taken the wraps off its latest W12-powered limo, the from-the-ground-up redesigned Flying Spur.

Slotting in below the truly massive (and massively fun) Mulsanne, the new Flying Spur shares its platform with the recently redesigned Continental, as well as the Porsche Panamera. Under the hood is the latest version of Bentley’s trusty 6.0-liter W12, putting out a hearty 626hp and 664lbft through an eight-speed dual-clutch transmission. That’s enough power to push the 5368lb sedan well north of the 200mph mark, though whether that’s with the Flying B on the hood retracted or not is unclear…

Drawing styling inspiration from its two-door sibling, the new Flying Spur has a sharper, more defined shape. Also helping proportions is a five-inch increase in wheelbase versus three inches of extra length. This pushes the wheels — 21 inches as standard, with 22s as options — closer to the corners.

The new stance gives the Flying Spur a more athletic look, a promise Bentley has worked hard to achieve under the skin as well. Active Torque Vectoring makes its Flying Spur debut here, apportioning torque to both axles in varying amounts depending on driving mode. In Comfort and Bentley modes that equates to slightly more than half the torque to the front end. Switching to Sport drops the maximum torque up front to 31% of the 664lbft total. This, alongside an adaptive all-wheel drive system and four-wheel steer — another brand first — should make this the most dynamic Flying Spur yet. 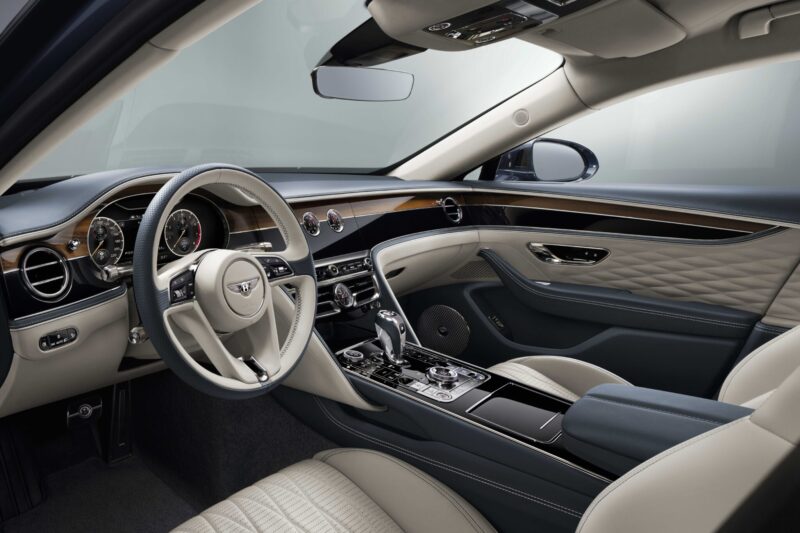 Of course a big part of the Bentley experience is the interior, and the Flying Spur’s looks to carry on that tradition. The door inserts get three-dimensional diamond-quilted leather, and buyers will get the choice of no less than 15 different shades of former cow. We count eight veneer options too, from the common Piano Black to the new Crown Cut Walnut.

The Flying Spur also nicks the Conti’s trick rotating center console display. Measuring in at 12.3 inches, the HD display uses a mix of traditional and touchscreen buttons. A separate remote is also available in the rear, offering controls of the car’s blinds, the rear seat massage function, and more.

Bentley will begin taking orders later this autumn, with deliveries beginning in early 2020. As for a sticker, don’t expect much change from $250,000, though the price of entry will likely go down with the addition of a V8 model and (maybe) the hybrid system from the Bentayga.

Automotive News 14 May 20 by Andrew Evans
Back in June 2018, Nissan and Italdesign came up with a very special birthday gift to themselves. Jointly celebrating 50 years of the Italian design house and the GT-R name,…