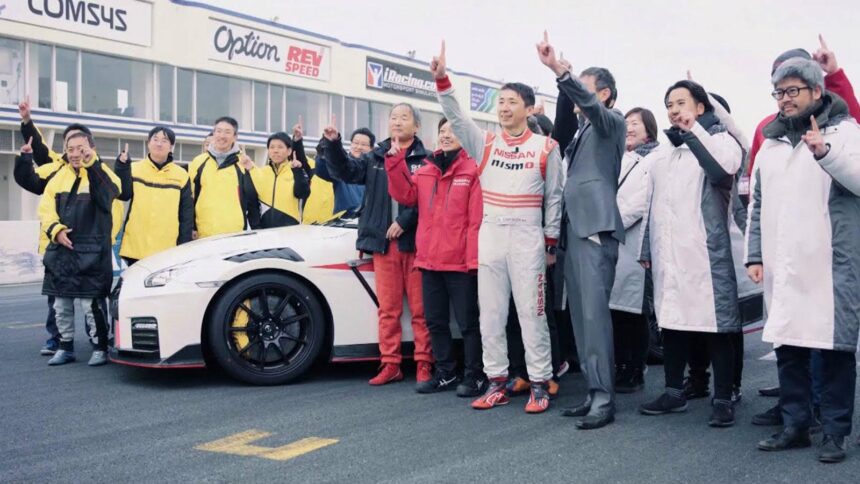 The 2020 Nissan GT-R NISMO has set an all-time lap record at Tsukuba Circuit. Nissan’s new flagship version of the R35 set a blistering time of 59.3 seconds — not a bad way to celebrate its 13th birthday.

Tsukuba’s 1.2-mile (2km), 11-turn track should be a familiar name to all. It has featured prominently in every Gran Turismo since the fourth installment, including the PSP title. It was a part of the track roster in the first four Forza Motorsport titles, and also features in iRacing, among other sims.

Located in the Ibaraki Prefecture in Japan, you won’t find too many opportunities to keep your foot glued to the pedal on the small circuit. Instead, the venue places emphasis on technical laps. With Super GT driver Tsugio Matsuda behind the wheel, the GT-R darted around the track and set a new production car lap record in the process.

There isn’t much to say about the lap itself as it’s a stellar one. Matsuda kept the NISMO tamed at all times, with smooth, clean lines through every corner. It helps that the GT-R drives on all fours, but we’d expect nothing less from the two-time Super GT champion. The previous lap record looks to belong to a 991.2 generation Porsche 911 GT3, with a lap time of 59.8 seconds — talk about a close shave.

Another key factor in the lap time are the new Dunlop tires, wrapped around 20″ RAYS forged aluminum wheels, which increase grip by 7% over the outgoing model. Although the wheels only account for 4 ounces (100g) between them of the car’s weight loss, it’s as they say: every little counts.

Nissan GT-RTsukuba Circuit
20 Comments Discuss this post in our forums...
Test Your Badge Knowledge With Our Car Logo Quiz

Automotive News -1 Jan 19 by Andrew Evans
If you’ve always fancied the Porsche Taycan but found the $100,000 starting price to be a little eye-watering, there’s some good news for you. Porsche has now confirmed that the…