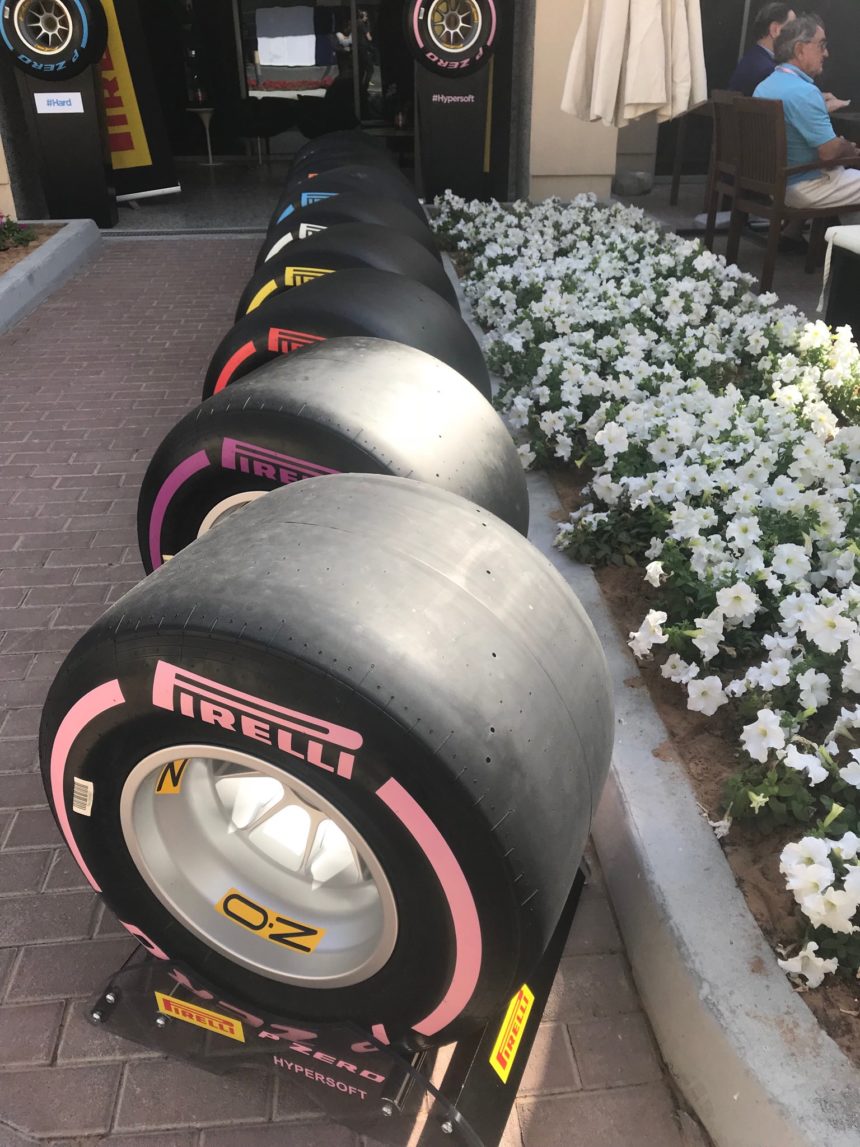 Italian tire manufacturer Pirelli has announced an expanded range of rubber for next year’s Formula One circus.

While the 2018 F1 regulations are set to be pretty stable in regards to the engines and cars (don’t mention the Halo, or the new logo) the tires will undergo a complete overhaul from Pirelli.

The company came under pressure this year as it delivered tires with harder compounds than in recent seasons. This meant some races only featured one pit stop.

Pirelli will say it was just following orders. The 2017 cars were a relative unknown as the company was offered little testing for new compounds during the 2016 season. The testing it was able to do used 2015 and 2016 cars with slightly modified aerodynamics to try and replicate the speed of the 2017 machines. This left Pirelli with its hands tied. It was told to produce harder tires for cars that were expected to obliterate lap records in the upcoming 2017 season. So it did.

However, the tire manufacturer — albeit smartly — overcompensated, producing tires that lasted too long. The racing spectacle generally improves with softer tire compounds that wear out quicker than those that can last an entire race. The downside to this is the drivers have to manage their boots and can rarely go flat out for many laps.

The opposite of this was evident in the most recent and final race of the 2017 F1 season in Abu Dhabi. The Ultrasoft tire — the softest compound Pirelli produced for 2017 — could last the entire race. That’s the compound that wears out the fastest and it could’ve lasted the full 55 laps. Something needed to change for 2018. 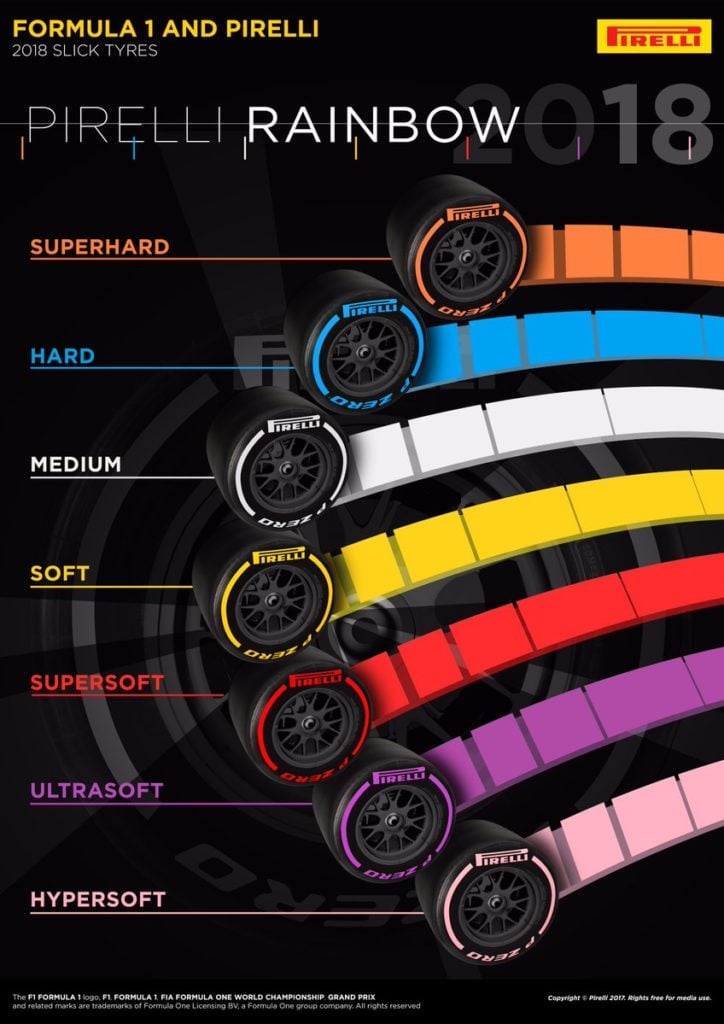 The hardest, most durable tire in Pirelli’s 2018 range. Please don’t laugh at the name. We doubt it’ll get much use, if any next year. However, all the compounds are designed to be a step softer overall, so we may see this tire in use at some tracks with high load, such as Silverstone. The orange color of the tire is the same used on the 2017 Hard compound.

Speaking of the Hard compound, it sports a new color this year. Slightly softer than the Superhard and slightly less durable, this compound may be used in tandem with the the orange-striped tire. The blue color of the Hard compound was previously used for the Extreme Wet compound, used only in the rain. Could this lead to some confusion at races that are both wet and dry?

Next year’s Medium is last year’s Soft, still using the same white color we’ve become accustomed to with Pirelli’s range. Its mid-range position is sort of like a mid-range car. The one nobody really wants because it has some of the kit, but not all the best bits.

Also making a return from 2017 is the Soft tire. It too keeps the same yellow markings of last year. This compound will likely be the most versatile. It’s soft enough to give you good grip, but also last a decent stint length. Expect to see this compound brought to the majority of races next year.

At one time this was the softest tire Pirelli made for F1. Gone are the days when this red striped compound reigned supreme as the tire that would propel your car to the fastest possible lap times. The compound that was once seen as almost a qualifying-only tire has turned into the Grandfather of the softer-than-soft portion of the range. If the Ultrasoft can last an entire race in 2017, the Supersoft should have no trouble in 2018. Even with tires that are a step softer than last year!

If the Supersoft is the Grandfather of the softer-than-soft range, the Ultrasoft has just become a Dad. The smooth surface of the Yas Marina Circuit in Abu Dhabi humbled 2017’s quickest and least durable tire. A supposed qualifying tire that can last a full 55 laps? Not quite what the doctor ordered. The 2018 version — still using the hot pink color — will be a step softer, so it should work as the harder tire at circuits like Monaco and Singapore.

If you thought the name Ultrasoft was menacing, wait until you meet the new kid on the block — the Hypersoft. Like hyperspace, when you add the prefix ‘hyper’ to a word, it’s clear you mean business. With its Grandfather and father paving the way, this is the hyperactive son of the 2018 Pirelli range.

Designed to be the softest, quickest tire Pirelli has ever produced, the Hypersoft compound should help the 2018 cars re-write the lap records we already saw destroyed this year. Its pale pink color choice leaves something to be desired. On a sunny day, will it look too white? Isn’t it too similar to the hot pink of the Ultrasoft? Nevertheless, when the drivers stick this set of boots on, expect some red-hot lap times.

So that’s what Pirelli has come up with. Seven compounds instead of the usual five should open up some more strategies for the teams next year. Hopefully this leads to even more exciting races! We certainly had our fair share in 2017!

F1 drivers and teams will get their first opportunity to try Pirelli’s 2018 range at next week’s test in Abu Dhabi. If the Hypersoft compound lasts 55 laps Pirelli might have to go back to the drawing board once again.

F1 2018 Season
23 Comments Discuss this post in our forums...
Test Your Badge Knowledge With Our Car Logo Quiz