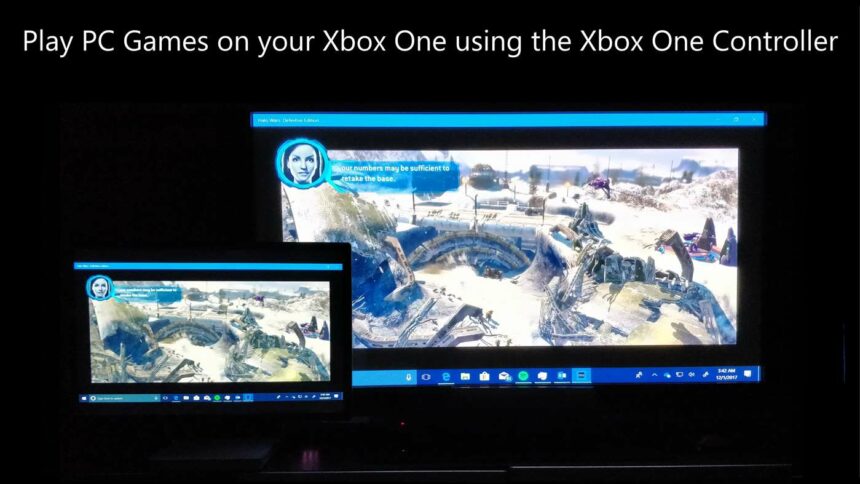 Play PC Games on Your Xbox With the Wireless Display App

Microsoft is currently working on the ability to play Xbox games on your PC. However, what if you want it the other way around? With the latest update to the Wireless Display app, this is now a reality.

To make this possible, the app forms a P2P connection between your Xbox One and PC. Then, using Miracast standard technology, it allows for high definition streaming between the two devices.

Like other casting devices, the Wireless Display app’s primary use is as a digital projector. With the ability to push photo, videos, and even websites to your TV, it makes sharing media a breeze. However, the one stipulation is that you can’t stream protected content, like Netflix or Hulu, through the app.

While the ability to share media is cool, the part that piqued our interest was the ability to stream games. By using a low latency mode it makes the transition smooth too, all while maintaining excellent graphics and sound.

It’s also more than just Microsoft games. PC Gamers will be happy to hear that the app also allows for streaming of Steam games to your Xbox One. This means you will no longer need to sit at your desk and can instead kick back on your couch.

There is a catch to all of this though. At this time a mouse and keyboard are not supported input devices. However, on the flip side, you can use the Xbox controller already connected to your console. While this could put a damper on some games, the practice with most new titles is to provide Xbox controller support.

In addition to PC games, the Wireless Display app will also let you cast your Android device to the Xbox. Unfortunately, you can’t use your controller here. Instead, it simply allows you to just put whatever you see on your phone or tablet on the big screen. Our hope is that this changes in the near future.

If you’re interested in checking out the Wireless Display app for yourself, it’s available through the Microsoft Store. It’s currently in a Beta status though so some bugs could creep up if you decide to use it.

Microsoft
18 Comments Discuss this post in our forums...
F1 2020 Review: A Winning Formula

Car Culture 5 Jul 10 by Andrew Evans
BMW Motorsport has launched a livery creation competition with a difference. The winning design will become available as a selectable livery in iRacing, but also appear on a real-world race…