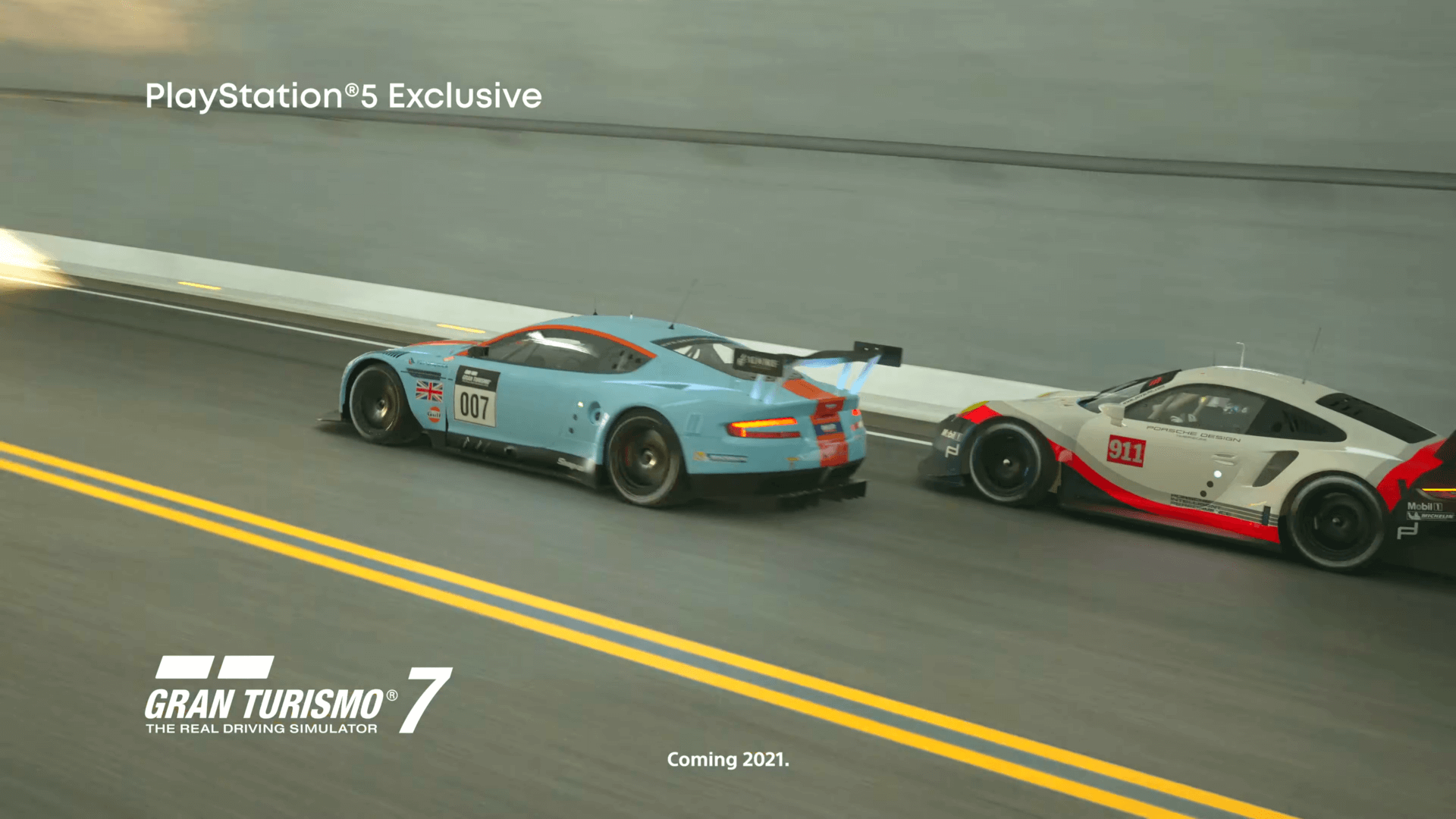 Following hot on the heels on Sony’s mysteriously edited PlayStation 5 advert from November, there’s a new video out showing some new details for Gran Turismo 7.

The fresh clip comes in at almost two minutes long, and it highlights the “new and upcoming games” for the PS5 console. As we’ve seen many times over the months leading up to the PS5’s launch, Gran Turismo 7 features fairly prominently, alongside other games available or due early in the console’s life.

As it’s not dedicated to GT7, we only get to see a couple of brief flashes of the game, but there’s a few points of interest in the clip. You can watch the whole thing below, or skip to the relevant section which starts 20 seconds in:

First things first, we have two important technical points that Sony’s edited November clip threw into confusion. Up in the top-left corner you’ll see the legend “PlayStation 5 Exclusive”. Several other videos in the ad omit the “5”, where the game is available on PS4 too, and that likely rules out any kind of cross-generation capability for GT7.

In addition, this sequence has a “Coming 2021” footnote. That’s a lot more vague than the original declaration of “anticipated first half of 2021” we saw back in November, but a good deal more precise than the edited version which merely stated the game was “in development”. 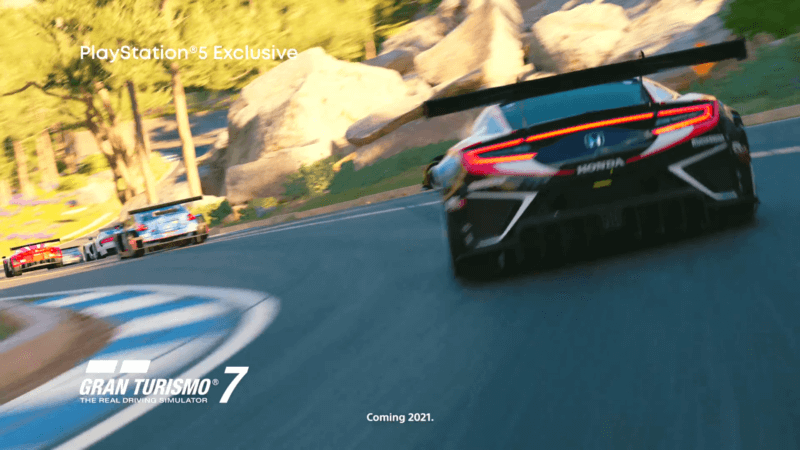 The GT7 clip itself appears to be further angles of the original teaser we saw at the new Trial Mountain circuit. Of course we’ve already seen some of the sequence — the BAC Mono, and the spinning Corvette — but some of it is new.

That includes a new angle of the Trial Mountain tunnel, with the Aston Martin DBR9 and Porsche 911 RSR doing battle, as you’ll see at the top of this article. However we also get to see two further cars, in a blink-and-you’ll-miss-it (even in 4K) shot. The Alfa Romeo 4C Gr.3 and the Mercedes-Benz SLS AMG GT3 both appear in the clip, and neither has been seen in GT7 before.

Both cars are in GT Sport, and crucial parts of the game’s Sport Mode. The FIA Certified Gran Turismo Online Championships use these “Gr.3” race cars — essentially GT3 class cars — for a significant part of the competition, and that strongly suggests that the whole set of them, and the competition itself, will return in GT7.

We’ve updated our Gran Turismo 7 Ultimate Guide to reflect these new vehicles, and be sure to keep an eye out there for all the latest information on GT7.