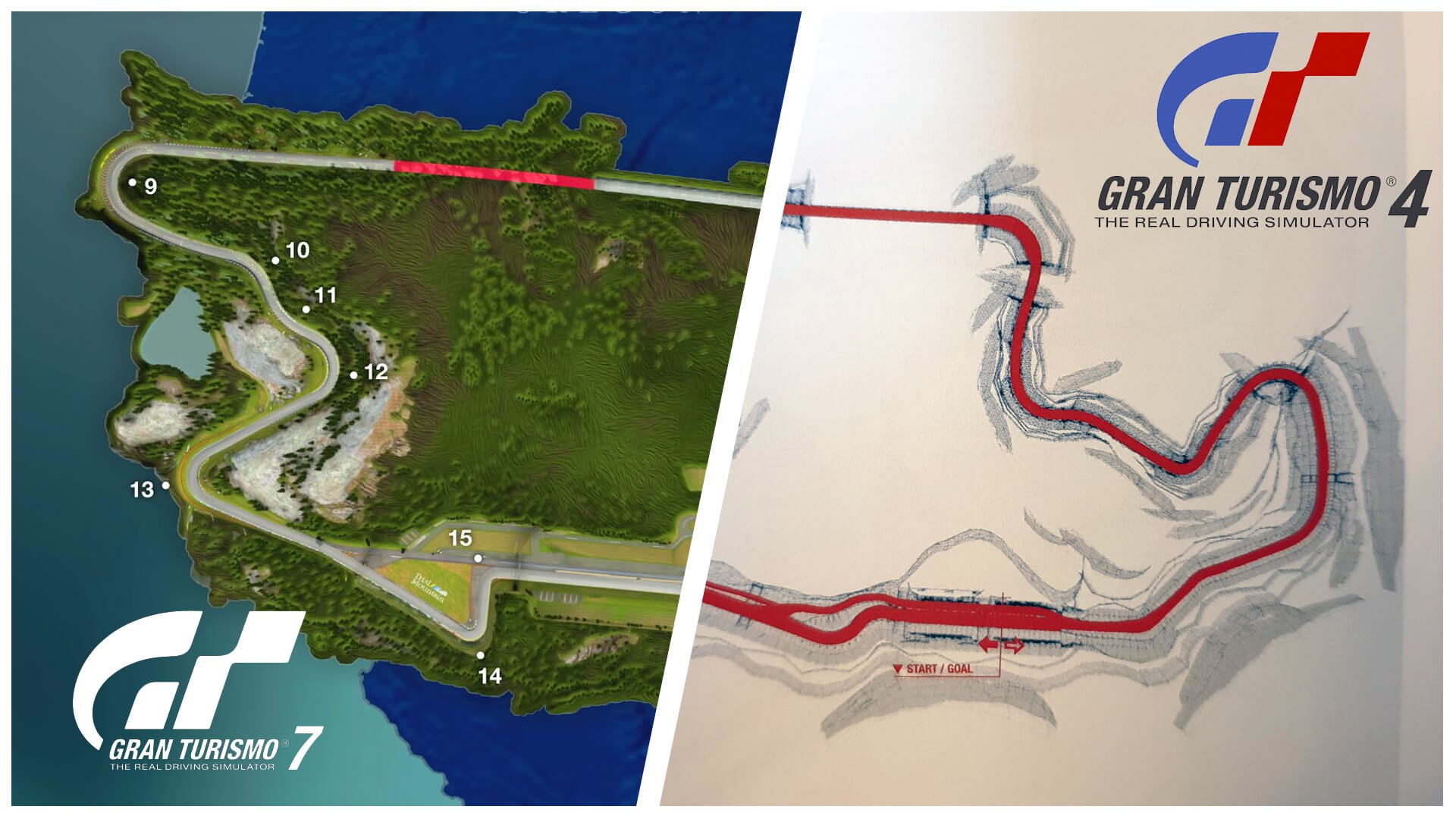 Thursday’s big PlayStation 5 games reveal event provided a triple-whammy for Gran Turismo fans. Sony not only revealed the console itself, but also unveiled Gran Turismo 7. We have put together an extensive guide for everything there is to know about Gran Turismo 7, but we also wanted to take a deep-dive into exploring what is new with Trial Mountain.

The fan favorite original circuit had been in every full game since the very first Gran Turismo title back in 1997, until GT Sport. 2017’s esports-focused title skipped out the track for the very first time, but it’ll make a grand return for GT7. That said, it won’t entirely be the same Trial Mountain we’ve come to know and love.

Perhaps with esports in mind, Polyphony Digital has made a few changes to the circuit compared to its appearances in GT5 and GT6. We’re summing up the changes below. 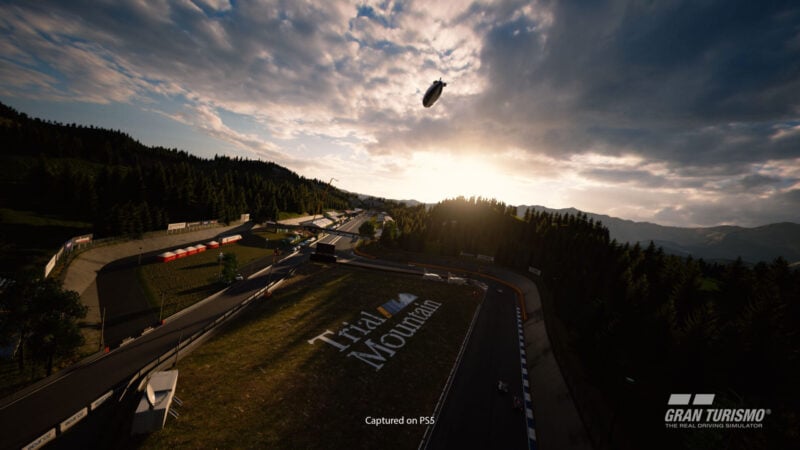 Although this won’t be obvious the first time you take the race start, and it doesn’t feature in the video, the home straight is more than twice as long as it was in previous games. That looks to be a necessary change for two reasons, one of which is to accommodate the extra length of the back straight.

The other is more a function of space. In GT6 the largest number of cars you could have on track at once was 16. GT Sport allowed for 24 (with one exception), and GT7 may well permit more. They simply won’t fit into the old course’s pit lane, necessitating this change.

We’ll all likely have bad memories of this section of Trial Mountain, thanks to that one licence test (over and over, and over, and over again) in GT2 and GT4. On the face of it these look pretty similar, but there’s a fairly big change.

In previous games turn three was part of a fairly consistent arc through to the braking point, in the tunnel, for turn four. For GT7 the two corners are clearly separate, with a short straight run between them as turn four moves slightly further up the hill. Turn four itself is tighter, but on a more consistent radius, leading to a slightly longer run to turn five.

Perhaps the most obvious change in the trailer is the length of the back straight. It comes in at some 75% longer than the same straight on GT6’s Trial Mountain, allowing for much higher speeds, and the majority of it is under cover.

In previous games you’d enter the short tunnel downhill at the start of the straight, emerge about half way down on the level and then the track would rise again to the braking point at the summit. That peak, and the challenging downhill braking zone, still exists but it’s much nearer the end of a double-tunnel. Between the two tunnels is an open-cut section, which makes the whole run look like a single tunnel.

Although there is some very mild reprofiling of several corners, the most significant change is to the final chicane. Previously this was a high-speed affair which you could negotiate in most cars with a lift, a heavy cut of the left-hand bend and a mild cut of the right (lest you hit the banking and achieve the Rollover trophy).

For GT7, Polyphony Digital has slowed this chicane down. Although you don’t see the cars take the corner in the gameplay video, the track curves far more to the right, before a heavy braking zone for a 120-degree left — with crash barriers close to the circuit edge. The right-hander onto the home straight is a 90-degree bend. 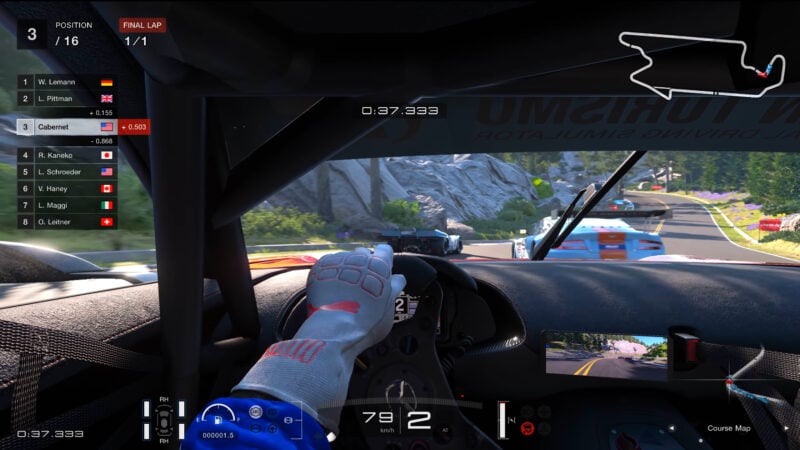 Two of Trial Mountain’s most popular features were actually not part of the circuit at all. The Trial Mountain Monkey and the Loch Ness Monster were part of the background decor of the circuit. Players could easily spot the monkey sitting on an overhanging branch above the track in the second sector, while some form of sea monster poked its head out of the lake later in the lap.

This reflects a general environment change for the track. Thanks to the events that used the course in earlier games, it was generally held that the track was somewhere in Europe. Now Trial Mountain is definitively placed in the USA, specifically in the Sierra Nevada range in California — look closely and you’ll see a giant redwood on the outside of turn nine. That Nessie-inhabited lake has also moved or shrunk a little, but it’s still visible on the outside of turn 13. 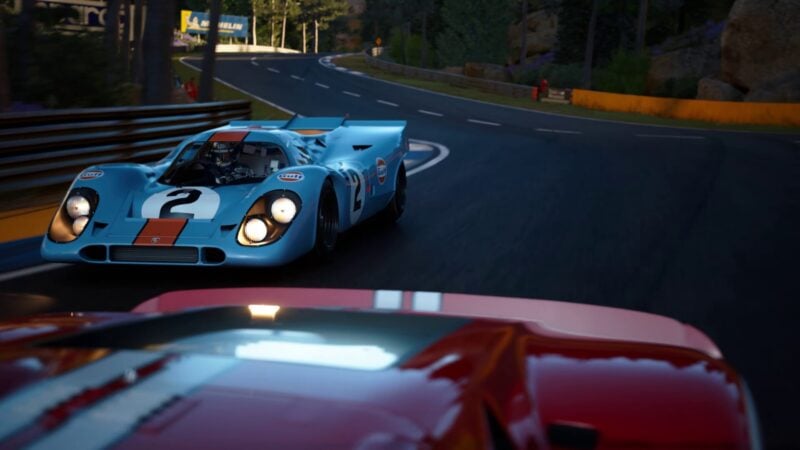 All of the above changes have made for a radical difference in the overall course length. Though the track has changed length a couple of times previously, it’s mainly been down to scaling and mild corner reprofiling. In early and late GT games it was 2.47 miles (3.98km), with GT3’s version coming in at 2.44 miles (3.92km).

GT7’s Trial Mountain is massive by comparison. It’s around 36% longer than before, measuring 3.38 miles (5.44km) in total. That would largely seem to come from the significantly lengthened back straight, with the other changes made to accommodate it all contributing.