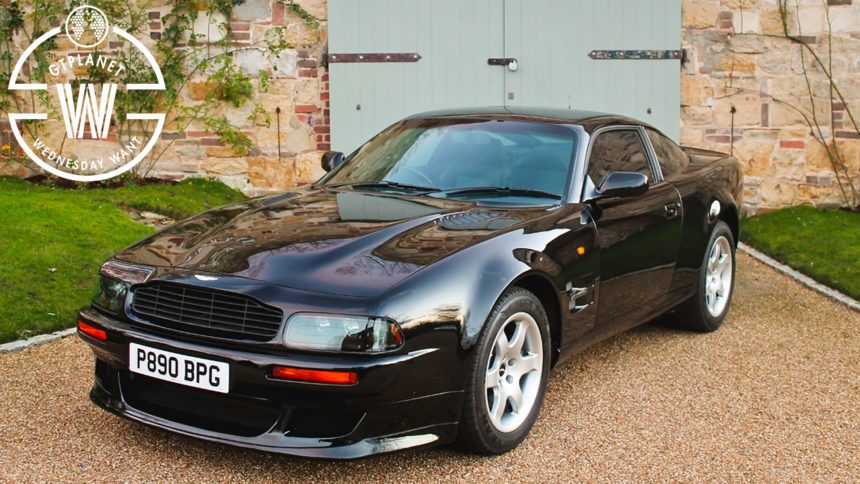 Sir Elton John is many things. Subtle isn’t one of them though. From outlandish outfits to rhinestone-studded glasses, he’s always out to make a statement. That’s why when we saw his 1997 Aston Martin Vantage come up for auction, it didn’t surprise us one bit that he’d own one of the least subtle Aston Martin cars of all time.

Sure, today we associate Aston with cars like the Vulcan, the space-age Valkyrie, and the in-your-face neon new Vantage. However, back in the ’70s and ’80s, it was very much a gentlemen’s car which conjured images of tweed and smoking pipes — even if it did create Britain’s first supercar.

When Aston wanted to modernize, it started work on the Virage. Intended as a lightweight, high-performance, halo car for the company, it sort of missed the mark. But in doing so gave us one of the craziest Aston cars ever built.

Debuting in 1989 the Virage was a parts bin special. Headlights came by way of an Audi 200 and the tail lamps courtesy of a VW Scirocco. Also, the interior was a sea of parts plucked from GM, Ford, and Jaguar.

While the engine was of an Aston design, it was the same 5.3-liter block used by the company for years. However, to help get better performance out of it, Aston sought out the services of Callaway for the heads and Weber for the fuel system.

The end result was a 330hp car that tipped the scales at nearly 4,000lb. Not exactly lightweight or exceptionally powerful.

In 1993, the Vantage was born. Built as the high-performance version of the Vantage, it looked to actually meet the initial goal of the project.

To bump up the power numbers engineers made some rather radical improvements to the V8. While companies like Ferrari and Porsche had used turbos to boost power, Aston took a different approach. It stuck two massive superchargers on the 5.3-liter.

This boosted the power to 550hp and 555 lb-ft of torque. However, the additional changes also bumped up the weight to 4,800lb. A tiny dancer this was not. 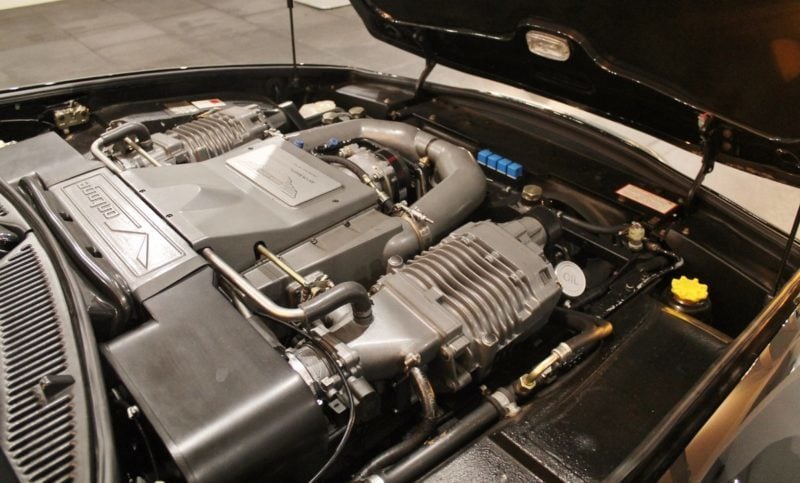 Despite the heft, it still had a rocket man worthy top speed of 186mph and could hit 60 in a claimed 4.6 seconds.

Later on, in the development cycle of the Vantage, engineers would go on to increase the power output to 600 rampaging stallions. This made the Vantage the world’s most powerful car at the time.

However, despite all the power, virtually every review of the car said it was horrendous to drive. In an effort to balance comfort and performance, Aston failed at perfecting the golden ratio.

Pretty much anyone who drove it said it had too much power and the suspension was way to soft.

Under hard acceleration, the rear would squat so much the tires would squeal away in the wheel wells. Venture onto a slightly damp road and you’d almost certainly spin out and slam into a tree. Try to take a corner with any form of spiritedness and the body would roll so much you felt like you’d topple over.

Even with its TVR-like ability to want to kill you, it was still an absolutely insane car to come out of Warwickshire.

Given its over-the-top everything with the soul of Britain, it did make it the perfect car for Sir John, who took delivery of this example in May 1997.

With a virtually flawless black exterior, the car does look quite good for something 21 years old. Although with just 8,663 miles on the clock it never really saw enough action to get worn in.

Despite the low mileage, the car’s maintenance logbook is completely up to date. In 2017, £7,600 was spent getting the car up to snuff to make sure any buyer would have a worry-free experience.

The interior is a mashup of black leather and burled walnut trim, making it an odd combination of classic meets modern. Other touches include a rather ’90s looking mobile phone and upgraded stereo system.