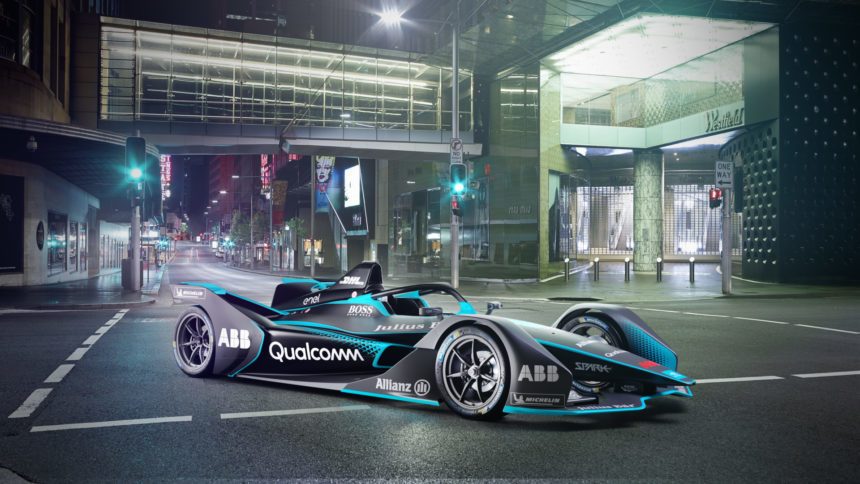 Formula E has revealed its second generation car, set to debut at the Geneva Motor Show on March 6.

What we have in the meantime is a digital reveal, and if you couldn’t tell, it’s a drastic departure. Gone are the days of mid-race car swaps since the start of the series. In its place, the new car features almost double the energy storage capacity and range of today’s car.

The result? Drivers will be capable of driving entire race distances at higher speeds. The all-electric racecar’s design extends over three seasons beginning later this year.

The second generation car also features the controversial halo design. While meant to protect drivers from head injuries, the loop has seen its share of criticism. On the next-gen electric racer however, it looks organic and not out of place. In addition, the halo will also make use of LED lighting, though it isn’t clear how at the moment.

French manufacturer Spark Racing Technologies is to thank for that. The car’s aggressive, prototype styling cues are clear throughout its design. Whether it be the enormous rear diffuser, the angled front and rear wings, or the bodywork itself, the second-gen electric racer is quite the looker.

If this is any indication, Formula One fans may be in for a surprise after all. With this year’s cars set to begin unveiling in mere days, we’ll soon find out how well the halo works in the internal combustion sport.

As mentioned, the new chassis will be faster and longer-lasting. Central to that is its battery, provided by McLaren Applied Technologies. For those fearing impending doom at the very mention of its name, this is the F1 outfit’s sister company.

Keep an eye out for the full reveal at the Geneva Motor Show in March!