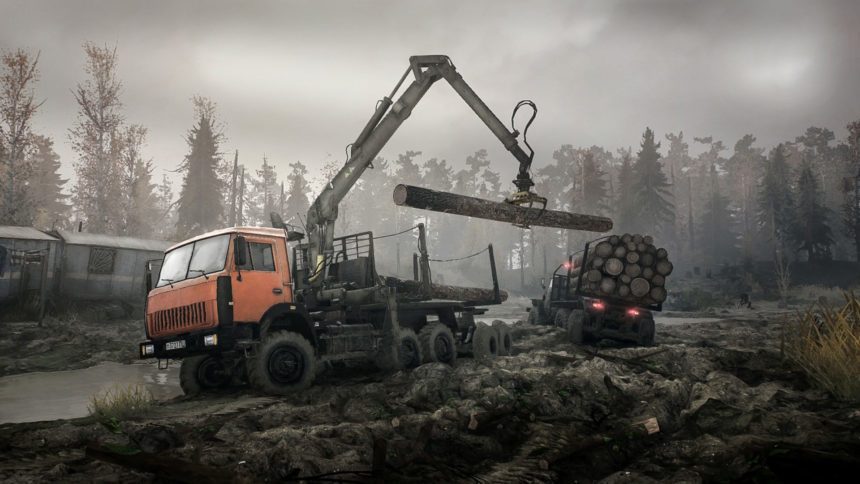 It seems like Focus Home Interactive (FHI) is staying true to its word regarding Spintires: Mudrunner. The game will receive more content in the near future, according to a recent statement from the company.

When the original Spintires hit Steam in 2014, it was a mess. The devs and publisher almost immediately were at odds. As a result, development stalled and the game became abandone-ware.

Thankfully, fans kept the game alive with mods the best they could. However, without official support, it just felt like a massive disappointment.

Once FHI took the helm though, things began to look up. With the release of Spintires: Mudrunner in last October, we finally got the off-road game we’d been waiting for.

Tucked away in the midst of a recent earnings report is a quote from Cédric Lagarrigue, chairman for FHI that caught out eye:

“We are truly proud to have made MudRunner a force on the international market in such a short period of time. With the studio, we have launched new developments that will enable us to release a ‘MudRunner USA’ extension in a few months, integrating official vehicles made by prestige brands and an American environment. The idea is to make MudRunner into a strong video game franchise, as we did with Farming Simulator.”

The most noteworthy bit of the statement is Mudrunner USA.

Given the diverse terrain around the US, this is exciting news. A whole new world to explore and off-road is just what the game needs. Although, there is a real possibility that the expansion could just be Alaska with terrain similar to Russia.

If this is the case, it might just end up as more of the same. However, there’s still hope for true diversity. Between the Rocky Mountains of Colorado, red rock deserts of Arizona, and the bogs of the Southwest, there’s plenty to choose from. With any luck, we’ll get a combination of places.

The other notable part of the statement by Lagarrigue is the “official vehicles”.

Spintires and Mudrunner only used the likenesses of Soviet-era heavy-duty trucks. Like any game that does this, the main reason was licensing.

Now with official vehicles on the radar, we could finally get to take around some of our favorite off-roaders. There’s plenty to choose from too, mainly from Jeep.

If FIH wants to go larger, there’s no shortage there either. With companies like Western Star Trucks, Oshkosh, and CAT all specializing in off-road equipment, something cool is bound to show up.

Hopefully, we should know more soon. In a Tweet sent out by the official Spintires: Mudrunner account, the news is expected next week at the “What’s Next” event in Paris.

MudrunnerSpinTiresSpintires Mudrunner DLC
490 Comments Discuss this post in our forums...
Can You Beat the Impossible Gran Turismo Quiz?

Automotive News 11 Feb 21 by Andrew Evans
If you’re feeling glum about motorsport right now, we’ll forgive you. Every other headline these days seems to be a big brand pulling out of some race series or other.…

Automotive News 7 Feb 21 by Andrew Evans
New US brand Czinger Vehicles will officially reveal its first car at the Geneva Motor Show next month, and it’s quite the debut. Known as the 21C — shorthand for…