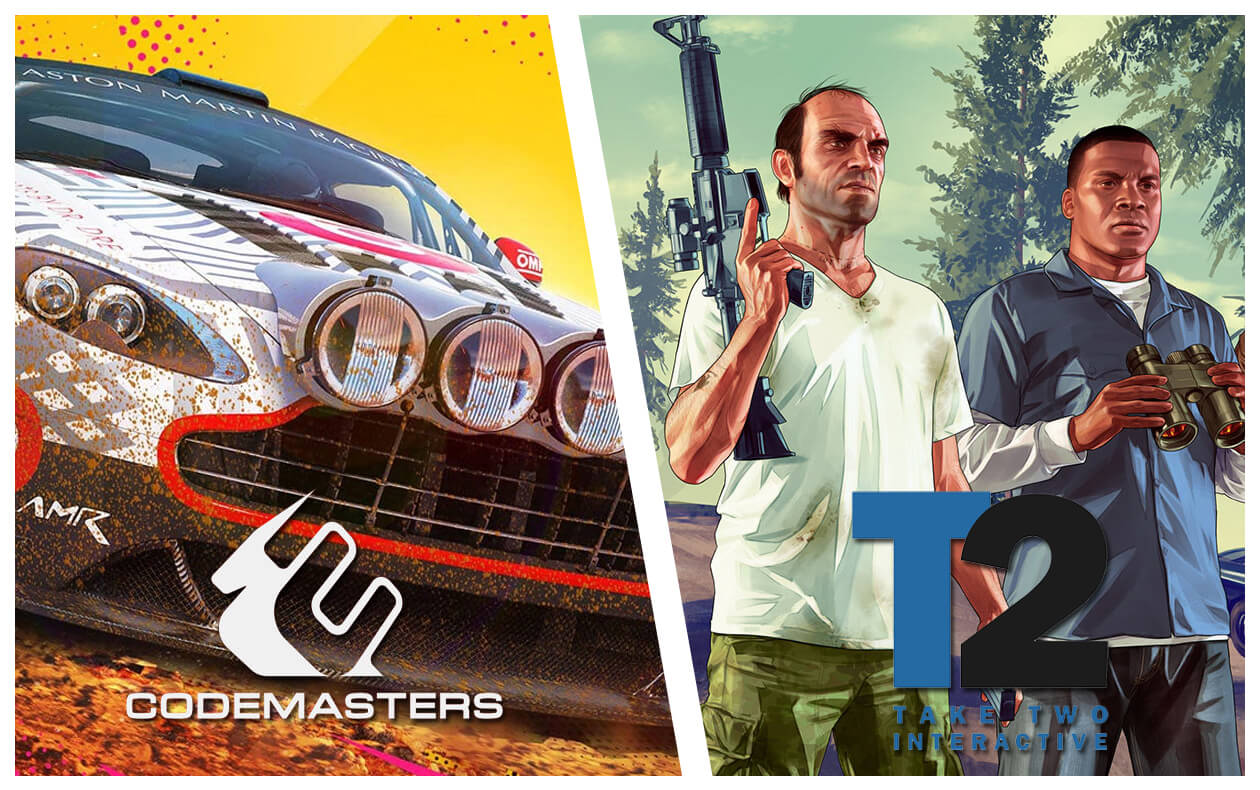 The game publishing world has just become a little smaller, as US-based Take-Two has agreed a deal worth almost $1bn to acquire Codemasters.

British outfit Codemasters is well-known in racing game circles. The company started out in the late-1980s producing sports and racing sims, and much of its output in the last decade has been in the sphere of racing game. Among the myriad titles the Codemasters develops or publishes are the F1 series, DIRT and DIRT Rally, and Grid.

As a publisher, Codemasters was in the news this time last year for an acquisition of its own. Slightly Mad Studios, the developer behind the Project CARS series, became part of the brand’s portfolio in an acquisition announced in December 2019. Though SMS produced Project CARS 3 and Fast & Furious Crossroads after this deal, both were Bandai Namco properties.

Take-Two’s automotive output is less expansive, but it is responsible for one of the best-selling car-themed games of all time. Thanks to its ownership of Rockstar Games, Take-Two is the name behind the entire Grand Theft Auto series, including Grand Theft Auto V. That sits second behind only Minecraft on the list of most successful video games ever, with 135m copies sold.

Instead Take-Two, through its 2K Games subsidiary, is perhaps best-known for its annual sports games, previously including NHL, but also PGA Tour and NBA. The NBA 2K series has a thriving esports scene, and esports is part of the rationale for the Codemasters acquisition, given its official status in Formula One and FIA World Rallycross esports series.

“We are exceedingly pleased to announce this recommended transaction with the Board of Codemasters. Codemasters has a renowned history of creating some of our industry’s most beloved and commercially successful racing franchises, and we believe that their offerings will be highly complementary to our sports portfolio and enhance further our organization’s long-term growth.

“Moreover, we look forward to welcoming Codemasters’ senior management and development teams into our Take-Two family, and sharing in our vision to deliver the highest quality entertainment experiences and aim to be the most innovative, creative and efficient company in our industry.”

Although Take-Two and Codemasters have agree a deal in principle, with Take-Two picking up all of Codemasters’ shares for $994m (£759m), it is not yet finalized. There’s still plenty of regulatory and legal hoops to jump through, but we’d anticipate it will become official early in 2021.

Jordan Greer · Nov 11, 2020· Comments
After I had the opportunity to be one of the first people to play Gran Turismo 7 with PSVR 2 last week, I also had the chance to speak with Gran Turismo creator Kazunori Yamauchi for a one-on-one interview to discuss the new hardware.

Andrew Evans · Nov 11, 2020· Comments
Need for Speed and sports clothing brand Puma have teamed up for a crossover capsule collection with game-inspired clothing that allows you to match your avatar from the virtual environment of NFS Unbound.

Gary Slater · Nov 11, 2020· Comments
February has graced us with its presence, and has also brought along a new Spring season for Forza Horizon 4. We’re into the closing stage of Series 57, with one more week of cars to win and events to complete before the next series arrives.

Andrew Evans · Nov 11, 2020· Comments
The new Series of Forza Horizon 5 is here, celebrating all things Japanese automotive across the next four weeks.

Jordan Greer · Nov 11, 2020· Comments
I just got back from a trip to PlayStation’s North American headquarters where I had the chance to be one of the first people to play Gran Turismo 7 on the PSVR2, and I’m here to tell you all about it.

Michael Leary · Nov 11, 2020· Comments
Ubisoft has announced the third installment of its multi-vehicle-type racing game series The Crew will be called The Crew Motorfest, and is on the slate for a launch later in 2023.

Andrew Evans · Nov 11, 2020· Comments
Competition Company has announced that its new racing sim, Rennsport, has missed a second scheduled milestone on its approach to a late-2023 launch, with its closed beta phase once again postponed.