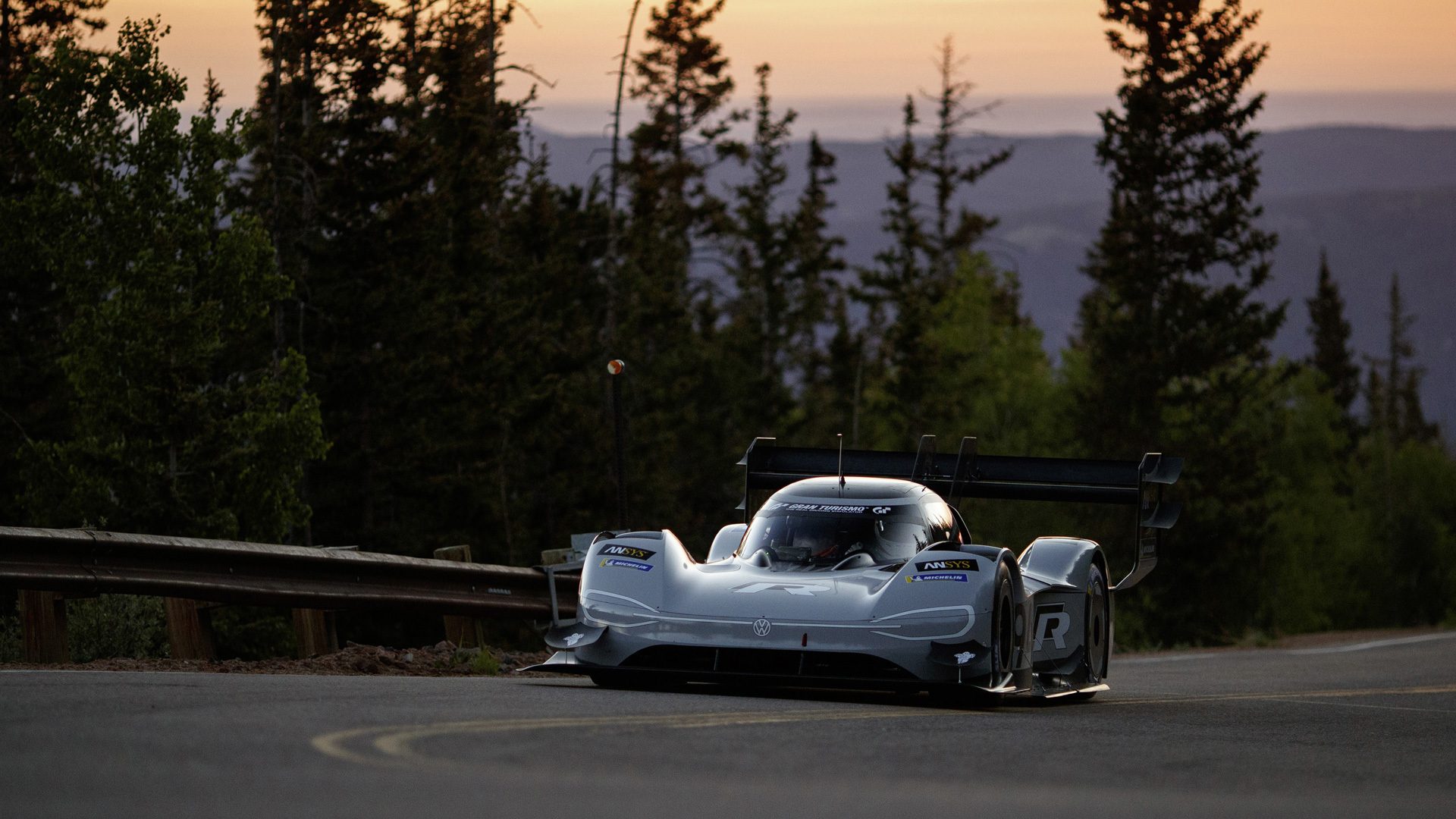 When the cover came off the Volkswagen I.D. R in April, we knew the Peoples’ Car maker had a contender on its hands. Now that the car is on the track though, we’re seeing just how quick it really is.

Qualifying for the Pikes Peak Hill Climb is currently underway. Unlike the race, it uses only 5.2 miles of the track instead of the full 12.72 miles. This naturally means times are significantly quicker. Nonetheless, we can get an idea of what to expect in the full runs.

The I.D. R took to the hill on June 20 for its qualifying run. With driver Romain Dumas (winner of the 2016 and 2017 events), the car absolutely obliterated the mountain.

Just how fast was it? According to VW, it made the run in just 3:16.083 — nothing short of incredible. In fact, the second-quickest car, the Norma M20 SF PKP driven by Simone Faggioli was 11.049 seconds slower.

To put this in perspective, the Twitter-sphere is estimating the I.D. R can run the course in under eight minutes.

If VW can indeed pull out that time, it’ll smash the record — for both electric and combustion cars.

Currently, the record for electric cars is from 2013. During that year’s event, Rhys Millen took his e0 PP100 up the mountain in just 8:57.118. Given the pace of the I.D. R, it should easily beat that record.

There are a few factors that will determine whether or not VW will claim the record. First and foremost, the car needs to actually make a run up the track. Pikes Peak is dangerous in a road car and even more so at race speeds.

Other things include the weather, temperature, and overall road conditions. Even though the road is now paved all the way up, conditions at the start vary greatly from those at the 14,110 ft summit.

If you’re interested in watching the I.D. R tackle the Race to the Clouds, you can tune in on June 24. In the US, options are limited. Thankfully, if you want to buy a stream you can do so through the official website for $4.99.

In the meantime, you can check out a YouTube video from Volkswagen showing some of the car’s practice runs: