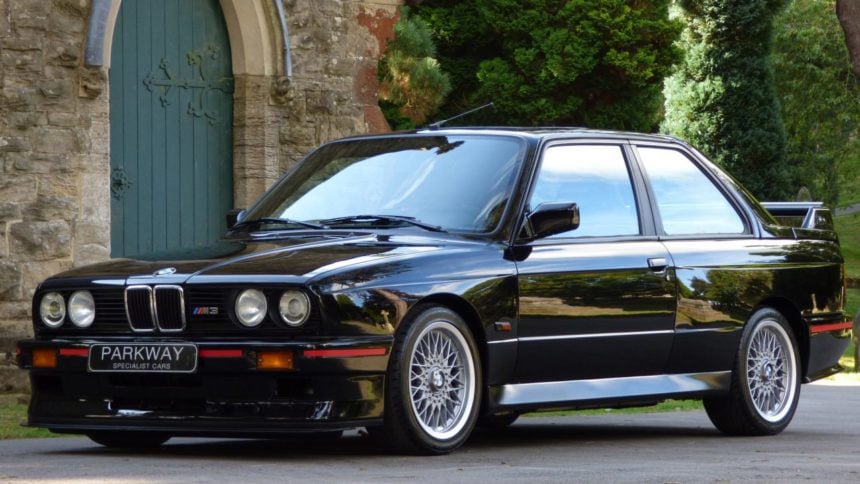 One of the most requested cars on GTPlanet for a little over four years was the BMW M3 (E30). With the arrival of v1.15 of GT Sport, the community rejoiced at finally getting its hands on the elusive car. Now for this week’s Want, we take a look at the real thing.

In the early ’80s, BMW CEO Eberhard von Kuenheim had a brilliant idea. He told his engineering team that it was about high time they put a sporty engine in the 3 Series chassis.

The engineering team immediately set to work on figuring out the perfect engine. Starting with an M10 block, it then modified a set of M88 heads from the BMW M1. After some more tinkering and tweaking, it had the finished product — the S14B23.

The engine wasn’t the only difference between the standard 3 Series and the M3 though. To further help the performance, the car also lost some weight. At just 2,600lb, it tipped the scales at around 200lb less than the 325i.

There was more too. Performance brake calipers and beefier suspension components from the 5 Series also found a way onto the M3. Finally, topping it all off was a Getrag 5-speed transmission, which is notable for having a dogleg first gear in Europe.

As the E30 progressed through its lifespan, other changes came to the car. In 1988 the Evolution model came out. With 217hp and slightly lighter body components, it was a sportier take on an already sporty car. 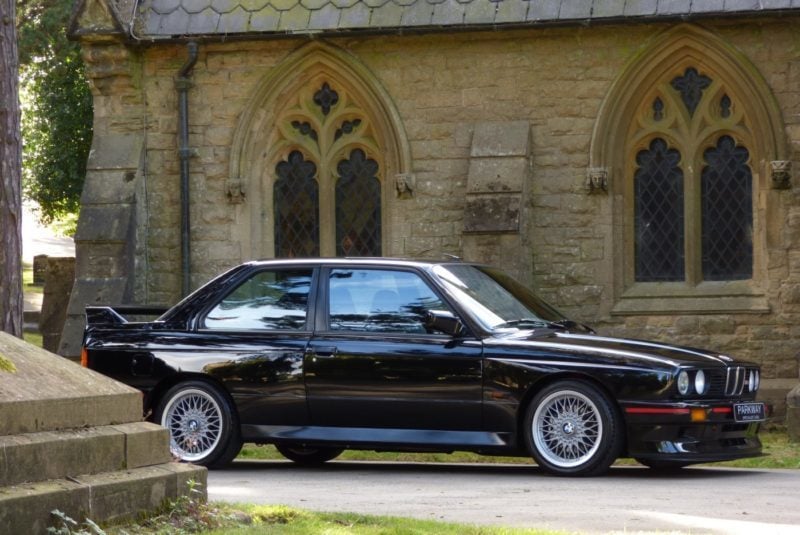 Two years later, the ultimate version came along. This is, of course, the Sport Evolution that we now have in GT Sport.

Using a 2.5-liter version of the S14 engine, it turned out 238hp. While not a huge bump in power, it still hit 60 in just over six seconds and raised the top speed to 155mph.

Along with the increase in power, it also got fully adjustable aero, brake cooling ducts, and bespoke wheels. It was about as close as you could get to touring car for the road.

The Sport Evolution is also where we pick up this week’s Want.

Offered for sale by Parkway Specialist Cars in Mansfield, Nottinghamshire in the UK, it’s about as clean as cars get.

Originally from Bonn, Germany, the M3 made its way to the UK in June 1999. From there it bounced around to three different owners before landing at its last owner in early 2000.

Once Parkway got ahold of the car though, it worked to make it fit for any Concours. Starting with the removal of nearly all the body panels, it checked and fixed any signs of corrosion. From there, the entire car got a new coat of “Glanzschwarz” Jet Black Metallic paint.

In addition to the paint, nearly every surface of the car received intense detailing work. The result? It’s showroom fresh and looks as good now as it did in 1990.

To further add to the car’s uniqueness, it also contains a number of rare factory options. These include manual A/C, electric sunroof, and manual rear blinds. Also, a complete set of factory books come with the M3 as well.

The dash plaque on the car indicates it’s number 139. With only 600 examples ever made this early build is truly something special.

Thankfully, for all of us that can’t afford it, there’s always GT Sport!

BMWWednesday Want
33 Comments Discuss this post in our forums...
Can You Beat the Impossible Gran Turismo Quiz?