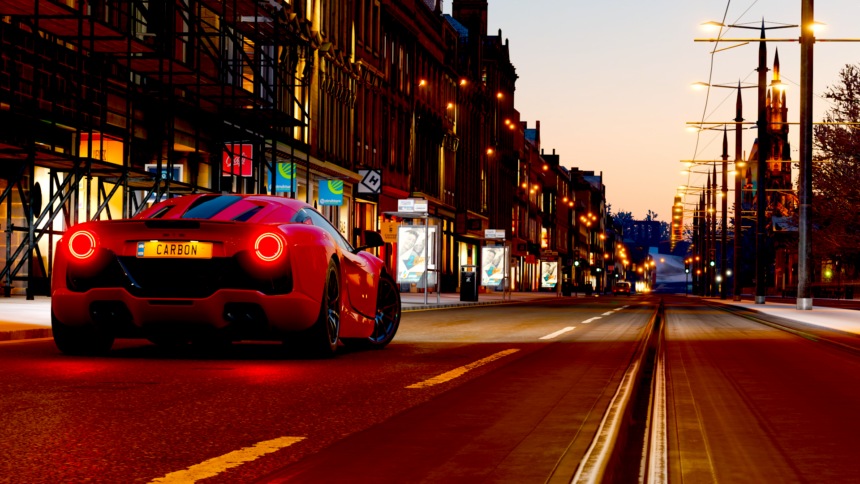 The season of goodwill has begun, meaning Winter has made its return to Forza Horizon 4. The festive seasonal switch sprinkles a new helping of content and events across the UK.

A fresh selection of prizes are up for grabs in the Playlist at 50% and 80% completion. This week, an brand new and almost unknown Italian supercar takes the spotlight.

Let’s dive in to what’s in store. 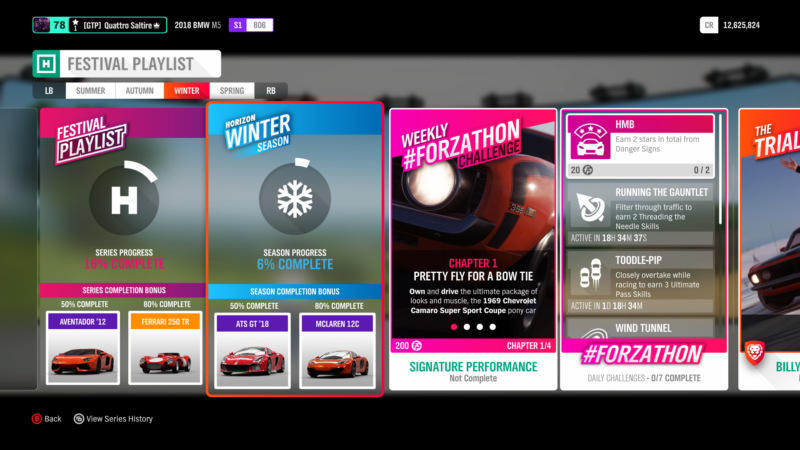 The big debut is a supercar from a company that you’ll be forgiven for never having heard of.

2018’s ATS GT marks the resurrection of the ATS brand, after a hiatus of over fifty years. While the GT sports the styling of an Italian thoroughbred, underneath there lies a very British heart. The GT’s running gear comes from a McLaren 650S, meaning a 3.8-liter twin turbocharged V8 pumping out 641hp. The GT may be the new kid on the block, but it has the firepower to run with the professionals.

Alongside the ATS sits its effective donor, the McLaren 12C. The first road car to come from McLaren (technically the McLaren that made the F1 was a different company) doesn’t disappoint in the performance stakes. A 3.8-liter twin turbocharged V8 puts out over 600hp, with racing DNA evident everywhere you look.

One of the standout prizes for this week is the McLaren 720S Spider. Built to offer open-top thrills, the 720S hardly loses any of its performance despite losing its roof. Its 4.0-liter V8 produces 710hp and it will give the Italians a serious run for their money.

You can acquire the 720S by winning the “Snow Going Back” championship.

The rest of the prizes for this week are below. 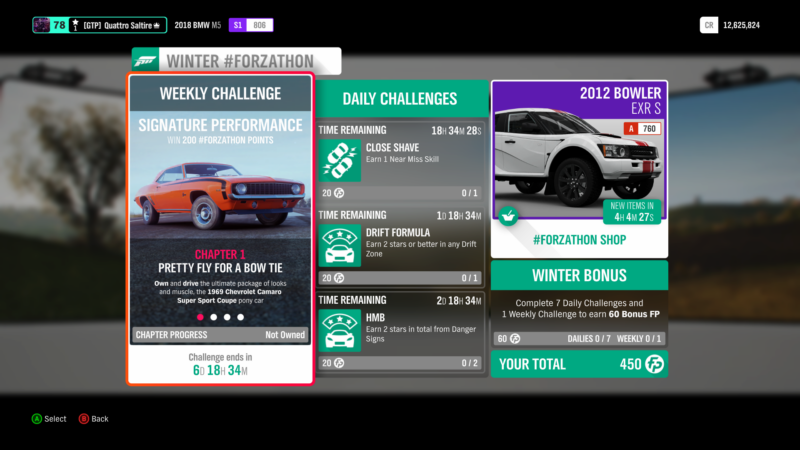 Forzathon goes all American this week, with the spotlight shining of the 1969 Chevrolet Camaro SS. Grab the General’s muscle icon to get things started.

Next up, unleash your Camaro’s V8 grunt and earn 20 Great Speed Skills. Afterwards, hit the drag strip and take the Camaro to victory in 3 Drag Strip events.

To finish things off, leave your opponents in the dust and earn 5 Pass skills to complete this week’s challenges. 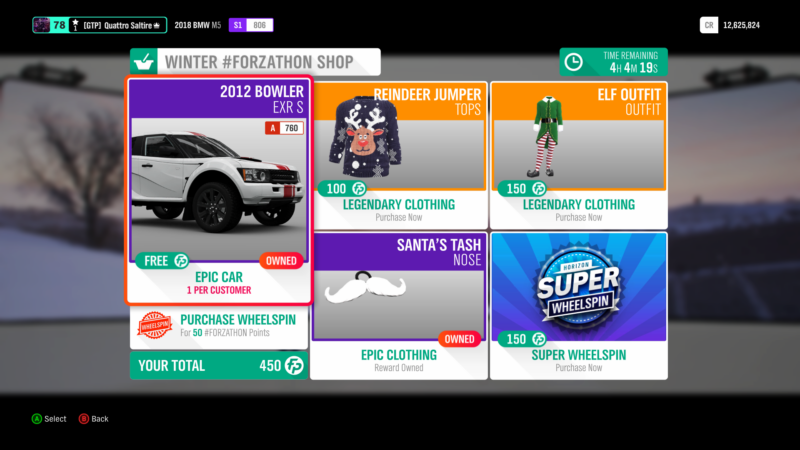 The Forzathon Shop is doing things differently this month. As part of an Advent Calendar series, the shop will have a different car every day available for free.

At time of writing, the free car available is the 2012 Bowler EXR-S. Loosely based on a Range Rover Sport, the EXR-S has been giving an extreme off-road makeover. In order to conquer the snowy terrain, Bowler has fitted a supercharged, 5.0-liter V8, putting out 550hp.

You only have one day to pick up the Bowler as there’ll be a new car available tomorrow.

If you’re after some new avatar cosmetics, there’s a festive selection with a reindeer jumper, Santa’s mustache and an Elf outfit all available.

Forza Horizon 4 Season Change
9 Comments Discuss this post in our forums...
Can You Beat the Impossible Gran Turismo Quiz?

Forza Horizon 4 4 Jan 23 by Gary Slater
The golden colors of Autumn have swept across the UK once again as another season change begins in Forza Horizon 4. The latest season drops another helping of new and returning…