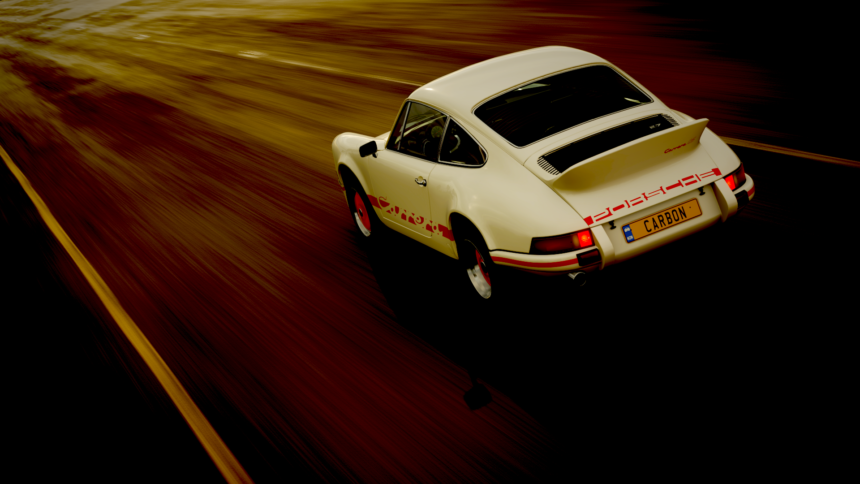 Temperatures are cooling down, which means that Autumn has returned to Forza Horizon 4. A fresh season means fresh content for players to add to their ever growing collection.

The latest update to the Festival Playlist brings new prizes for 50% and 80% completion. This week is once again dominated by Porsche.

Check out our events breakdown below. 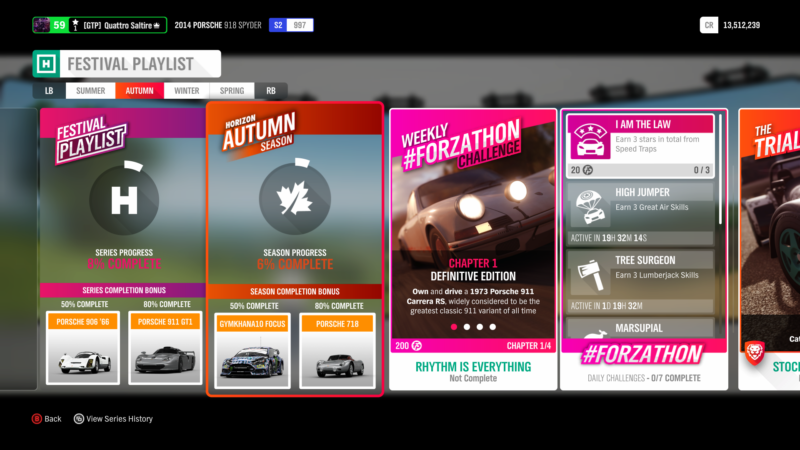 Diving into the History Books

Built as an evolution of the 550 Spyder, this little racing car punched well above its weight in sportscar racing. Despite only having 160 horsepower from a 1.6-liter flat-four, the 718 weighs in at a scant 1,280lb, meaning it won’t be short on agility.

Arriving alongside it is the more modern Ford Focus RS RX. This particular car is one of the stars of Ken Block’s Gymkhana Ten. Based on the rallycross version of the Focus RS, it developed a mighty 600 horsepower from its heavily turbocharged engine. With four-wheel-drive and short gearing, the Focus will happily pull big skids all day long.

A big debut this week arrives in the form of the 1951 Porsche 356 SL. This racing version of the humble 356 marks Porsche’s first entry to the Le Mans 24 Hours. With just 46 horsepower, the 356 will need to be pushed hard to get the best out of it. Players can get the 356 by winning the “RR Spotlight” championship.

Autumn’s returning Showcase Remix will see players get back behind the wheel of the Austin-Healey Sprite to race against a team of motocross bikes.

Prizes for this week’s events are listed below. 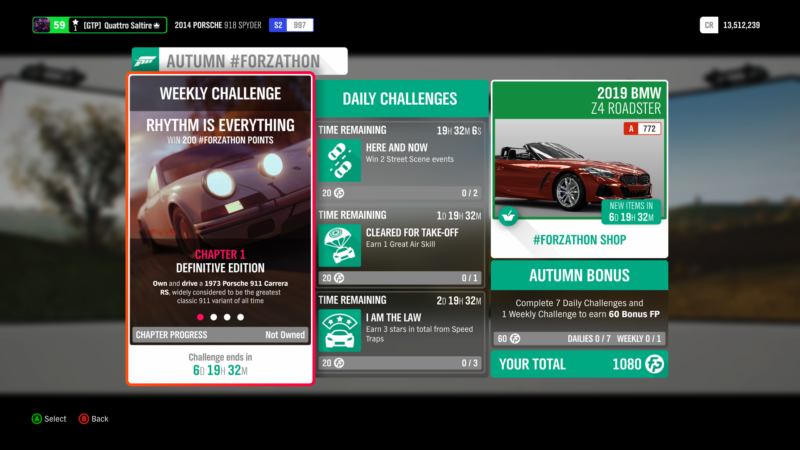 In keeping with the Porsche theme this week, Forzathon turns to one of the greatest variants of the iconic 911; the 1973 Carrera RS. You’ll need to own and drive this beauty to get things rolling.

Next, show what the 911 is capable of by earning a total of 12 stars from Speed Traps. For the third objective, demonstrate the racing pedigree of the Carrera RS by winning 3 Road Racing Series events.

Finally, take the Carrera RS back to its rallying heyday by winning 4 Dirt Racing Series events. 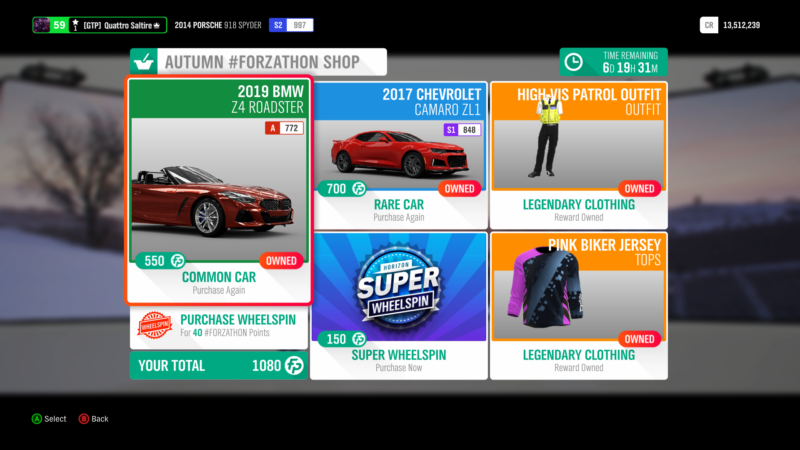 The shop provides a break from all of the Porsches this week. Headlining this week is the 2019 BMW Z4.

This version of the third-gen roadster is the M40i, meaning there’s a turbocharged 3.0-liter straight-six up front with 382 horsepower. The Z4 should provide both adequate performance for racing as well as style for cruising the countryside.

At 550 Forzathon Points, the Z4 will cost you a hefty chunk from your wallet. If you haven’t gotten one already from its previous appearance, then  we advise to look elsewhere.

Joining it is the Chevrolet Camaro ZL1. This bruising American muscle car comes with performance to rival supercars. The ZL1 shares the supercharged 6.2-liter V8 with the Corvette Z06, which means 640 horsepower is available to demolish the rear tires. At 700 FP, you’ll be better off searching the Auction House instead.

Clothing items this week include the Hi-Vis Patrol outfit and the Pink Biker Jersey.

Forza Horizon 4 Season Change
21 Comments Discuss this post in our forums...
Can You Beat the Impossible Gran Turismo Quiz?