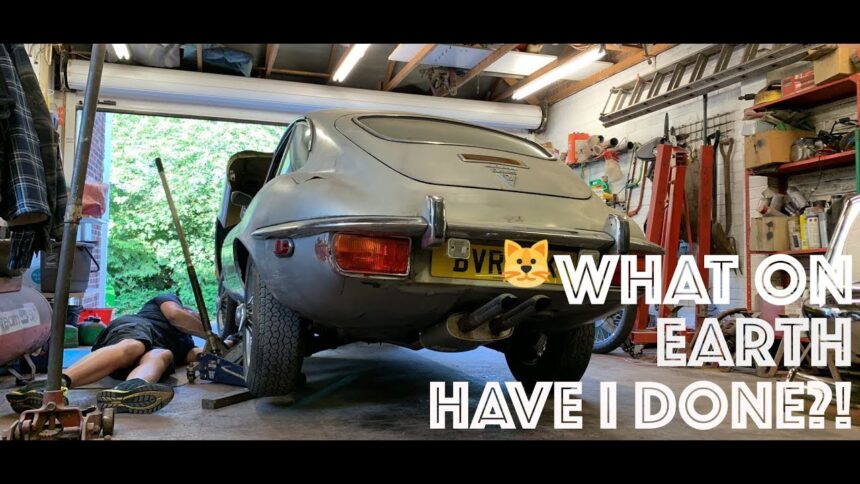 Tom Brooks, the ‘Voice of GT Sport’, is Restoring a Jaguar E-Type on YouTube

Whether you realize it or not, if you’ve followed GTPlanet or Gran Turismo over the past few years, you have probably heard Tom Brooks. After commentating on many of our own early live-streamed racing series, Tom was hired by Polyphony Digital and became the “voice of Gran Turismo Sport“.

Since then, he has warned millions of players around the world against “becoming a missile” — which can “make you look bad” — in the game’s interestingly-scripted racing etiquette videos. He has also co-hosted most of the FIA GT Championship live streams.

Although it could be said Tom has “a face for radio”, he has launched an interesting new side project on his YouTube channel: restoring a 1972 Series 3 Jaguar E-Type Coupé. He is taking on the project with his dad, “Big Neil”.

As you’ll see in the first episode, the car needs quite a bit of attention. It has some mechanical issues, the exterior needs a re-spray, and the interior is coming apart. It’s also an American model, and will have to be converted to right-hand-drive for its new home in the UK.

Tom and Big Neil have a lots of work ahead of them, but for the rest of us, that should translate to lots of entertaining vlogs in the months ahead. Watch the first episode below, and subscribe to Tom’s channel here for future updates. Best of luck, gentlemen!