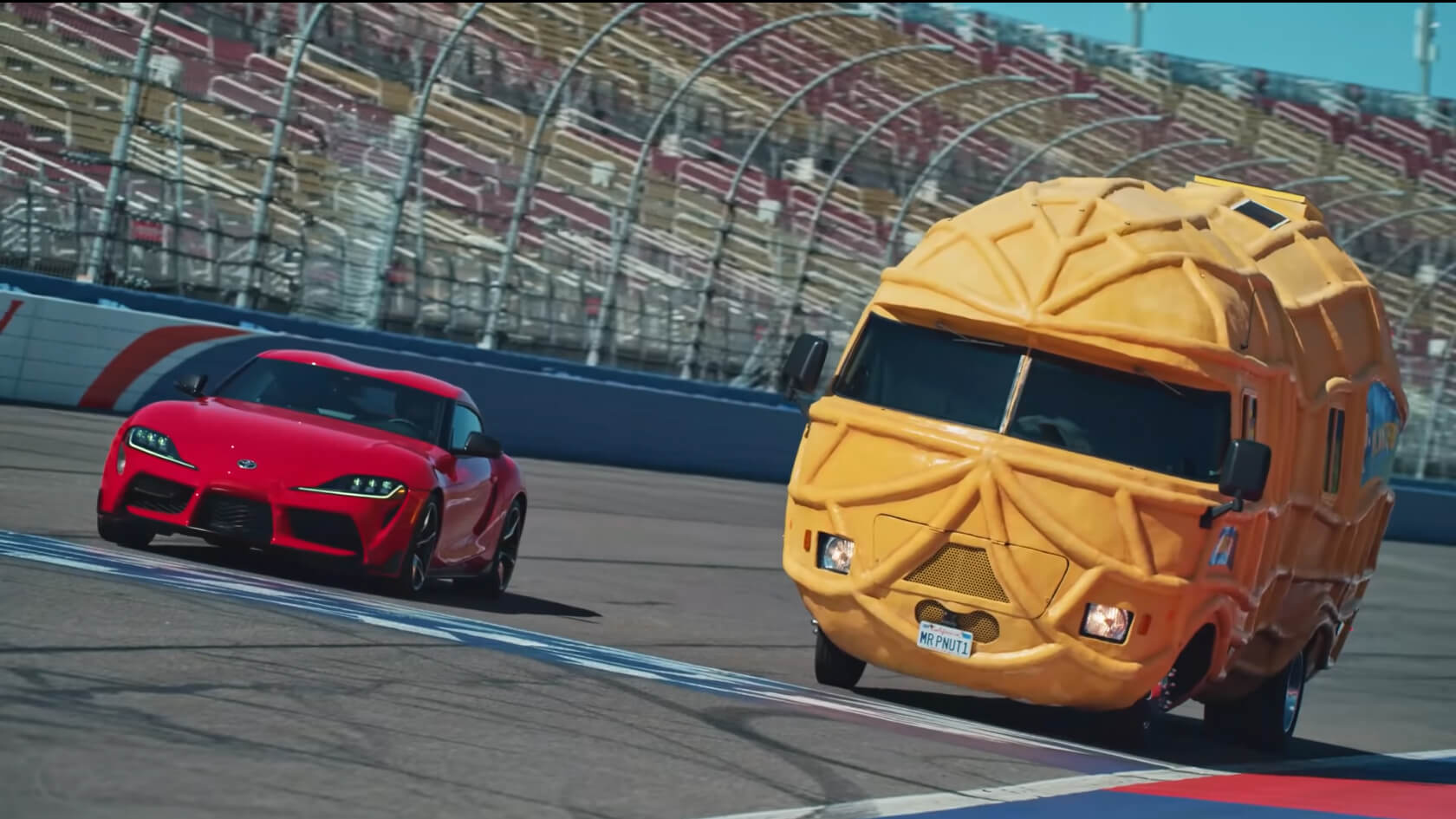 Yes, during the Supra’s grand advertising debut at the Super Bowl, a peanut threw down the gauntlet. That peanut, going by the name of Mr. Peanut, is the mascot of Planters, a snack food company majoring in nutty treats. Referring to the Supra’s pinball-themed ad, Mr. Peanut served Toyota with a notice: nut up, or shut up.

.@Toyota #Supra vs. NUTmobile. You got the pinballs to race? https://t.co/BSV0oNSCHs

What supercar was Mr. Peanut bringing to the table? None other than his own Nutmobile.

If you’ve not heard of the Nutmobile… well, it’s a giant, unshelled peanut on wheels. Underneath the symbolism of the fiberglass body, the Nutmobile is a General Motors W Series truck, closely related to the Isuzu Elf. It sports a pretty huge L96 Vortec 6000 V8, coming in at 364 cubic inches. If this is sounding familiar, it’s pretty much the same recipe as the Oscar Mayer Weinermobile.

With 361hp available, the Nutmobile has a power edge on the Supra. It’s giving something away in the weight stakes though, coming in at a full 10,000lb heavier. If you want that converted to peanuts for some reason, that’s three million compared to the Supra’s 750,000. 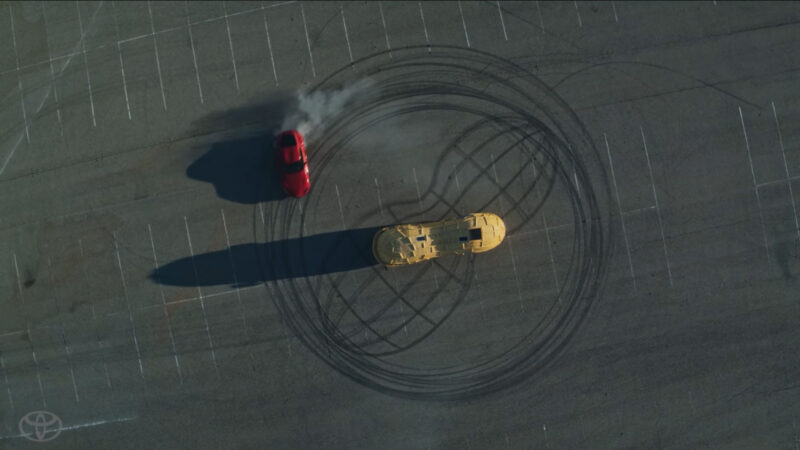 Indeed the performance differential is such that professional drifter Fredric Aasbø has plenty of time to slide his way round the corners at Auto Club Speedway, in Fontana, California. He even stops to put his feet up and enjoy a quick snack — of Planters peanuts, naturally — before setting back off after the enormous legume.

Mr. Peanut, driving the Nutmobile, has a trick up his… shell, in the shape of a nitrous button (still more realistic than the Fast and the Furious), but it’s not enough to beat the Supra.

You’ll probably not be surprised to learn that it’s all a bit of a publicity stunt, but there’s a wholesome edge to it too. Both Toyota and Planters donated $5,000 to charity — the American Heart Association, the Bob Woodruff Foundation, and the Movember Foundation.

You can watch the shenanigans below: