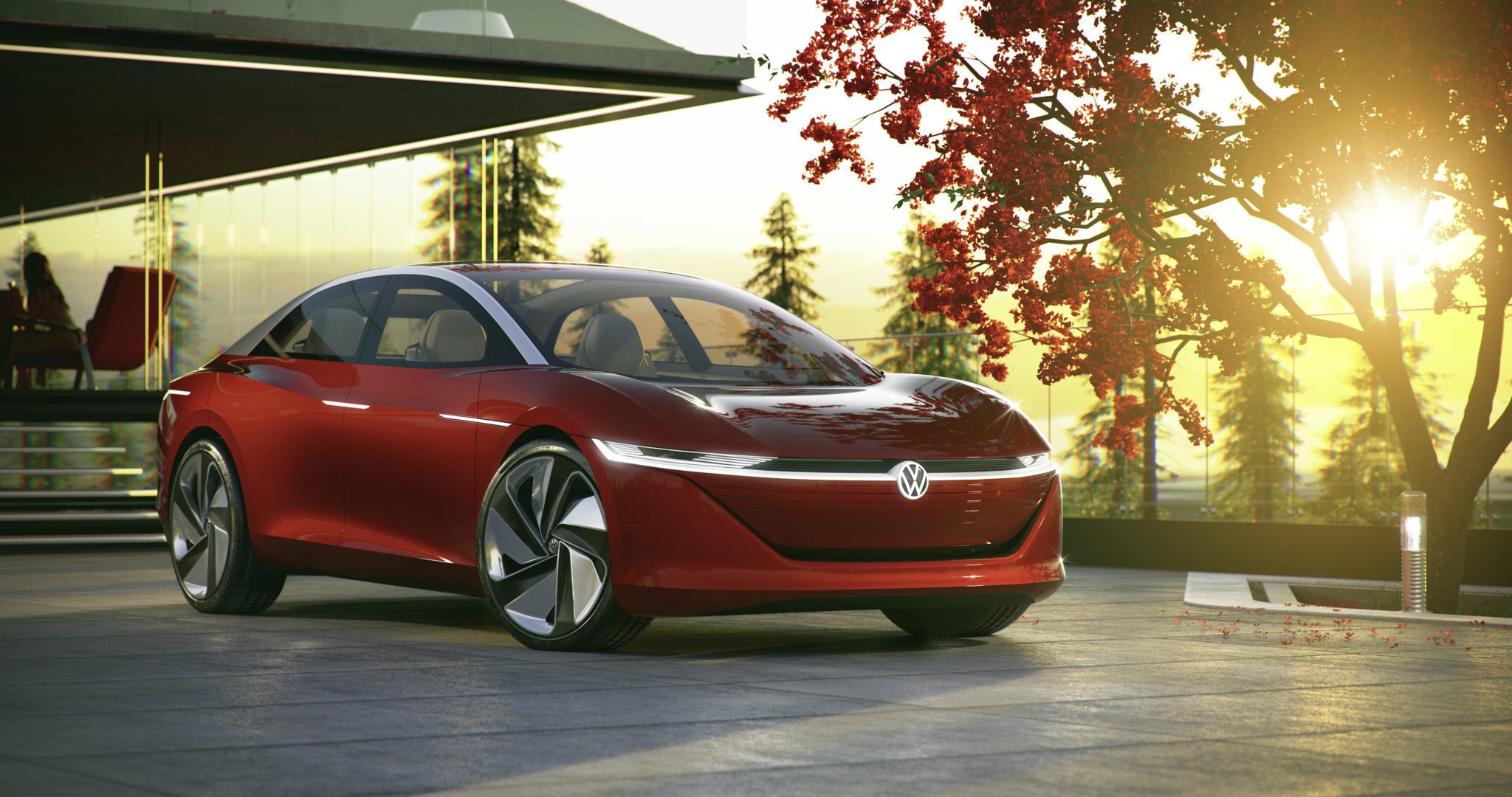 The Volkswagen group got a head start on the madness that is Geneva by showing off a selection of its wares yesterday. Leading the way for the Peoples’ Car brand — in more ways than one — is this, the I.D. Vizzion concept.

The Vizzion is the latest in the I.D. line that Volkswagen intends to put into production starting in 2020. It’s very of-the-moment, being all-electric, twin-engined, and loaded with autonomous tech. So loaded in fact that Volkswagen claims it’s Level 5, meaning it can function without any human input whatsoever. Which brings us to the interior, the sort that makes the Scandinavian innards of a Volvo look positively cluttered:

Don’t worry — the Vizzion will still include a good old-fashioned tiller when it lands in production spec. Volkswagen sees this concept as a vision (ahem) of 2030, so not everything on display will be available in a few years. Even sister company Audi’s new A8 only hits Level 3 on the autonomy scale, after all.

Under the skin, the Vizzion holds a lithium-ion battery rated at 111kWh. Like many other ground-up electric designs, it’s in the floor, freeing up space for passengers. It certainly looks roomy, though it’s a big car too, at almost exactly a foot longer than the Arteon.

That battery pack feeds power to two electric engines, with one at each axle. The spec sheet almost sounds sporty, really; 101hp up front, 201hp out back, and intelligent AWD to shuffle power where it works best. Those are Golf R numbers.

Despite the power, Volkswagen says the Vizzion would be capable of over 400 miles on a single charge (on the EU cycle). That’s handily more than any current Tesla offers.

There are other, more out-there aspects of the Vizzion. Passengers — because we can’t really call them drivers at this point — would interface with the vehicle almost entirely through gesture controls while wearing an augmented-reality Hololens headset from Microsoft.

VW’s 2030 vision includes a digital chauffeur, too. Via machine learning, the AI in the Vizzion would be able to recognize you via advanced biometrics. It will adjust the seating and lighting to your preferences, and could even suggest a coffee stop en route to your destination based on your tastes. Whether that’s more Jeeves or Hal is up to you.

The exterior is almost subdued by comparison; an evolution of VW’s current design language, it’s dominated by horizontal lines. The front looks like an even squatter Vision GT, with the rear echoing that treatment. The headlights houses 8,000 LED lights, and VW envisions them being capable of projecting “virtual zebra stripes” to let pedestrians know it’s safe to cross.