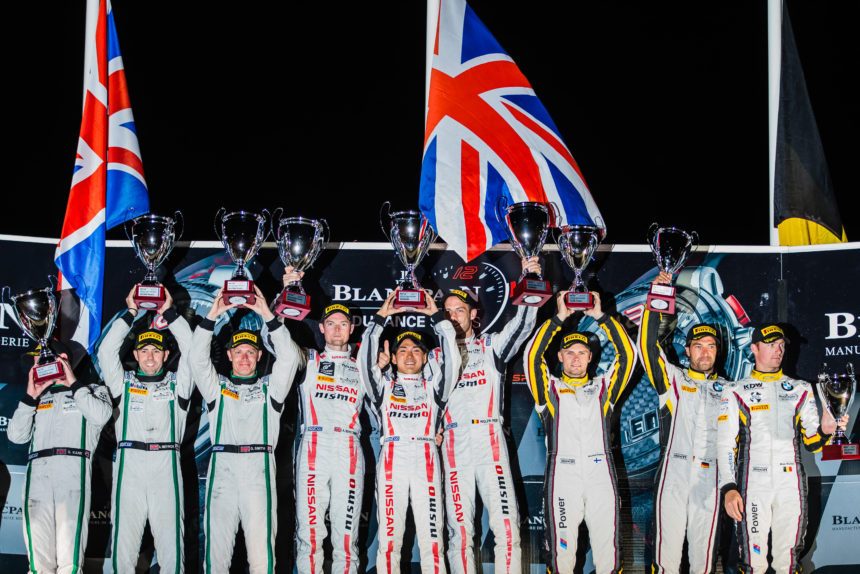 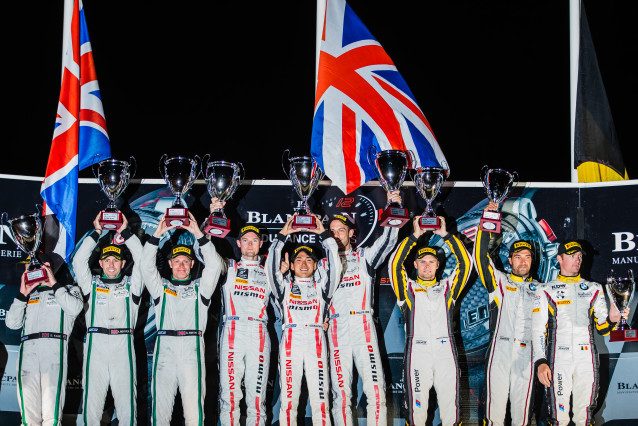 The #23 Nissan GT-R NISMO GT3 started from seventh on the 60-car grid after receiving a five-place penalty for a pit lane infringement. Katsumasa Chiyo made a great start and immediately showed off the GT-R’s brakes to their full effect when a Ferrari, Bentley and McLaren crashed right in front of him at Turn Five.  The Safety Car was dispatched while the track was cleared but once the race resumed Chiyo was soon up to second place, hunting down the Lamborghini that was in the lead. 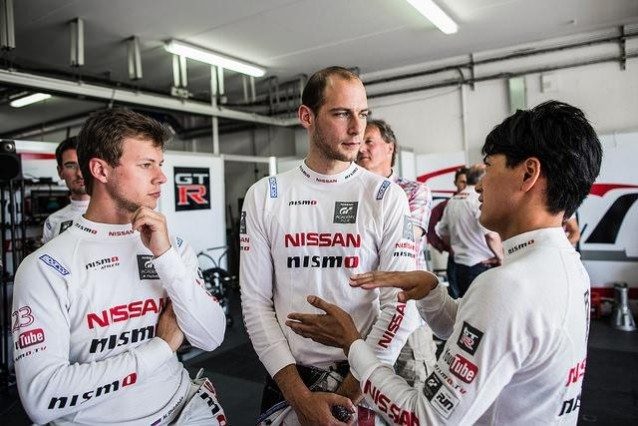 Chiyo stayed in contact with the Lamborghini throughout his opening run and then pitted in order to let Reip carry on the charge.  The 2012 winner of GT Academy set off after the leader but his charge was halted by a very long safety car period. He got away well at the re-start to continue the fight before handing over the GT-R to Buncombe. 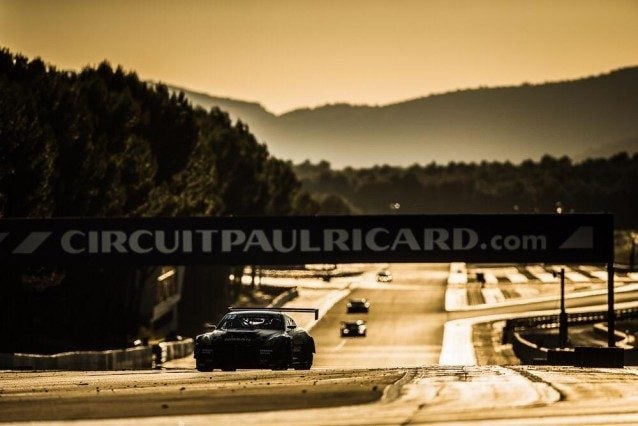 Not long into his run, Buncombe took the lead when the Lamborghini took its pit stop. From this moment on the team didn’t look back for the next 3.5 hours.  Despite another safety car period closing up the gap the drivers went on to build up, and despite a late challenge from Bentley, the #23 Nissan GT-R crossed the line first at Paul Ricard, taking the first Blancpain win for Nissan. 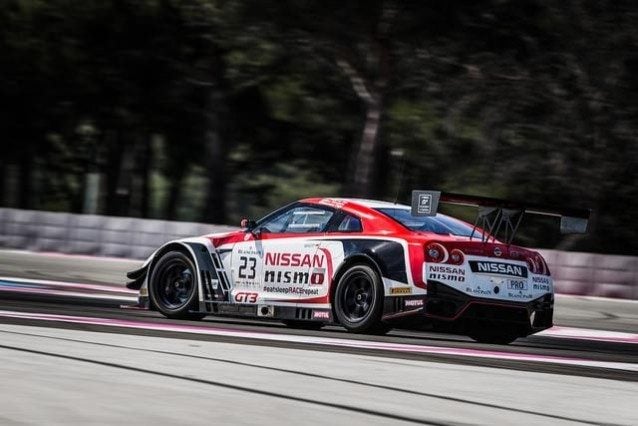 The #22 Nissan GT-R NISMO GT3 was on for a top result in the PRO-AM class in the hands of Mark Shulzhitskiy (RUS), Gaetan Paletou (FRA) and Ricardo Sanchez (MEX), running in second in class for much of the race. Their efforts were scuppered by a gear selection problem in the final hour of the race, which required a lengthy pit stop. They finished in 12th place in the PRO AM class. 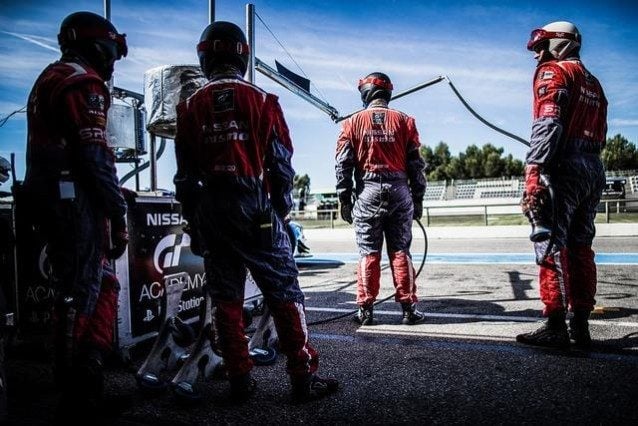 The #23 squad now leads the Blancpain Endurance Series PRO Championship, just one point clear of Bentley. The team will head straight to Spa for the pre-Spa 24 Hours test day on Wednesday, thoroughly warmed up for their biggest race of the season. 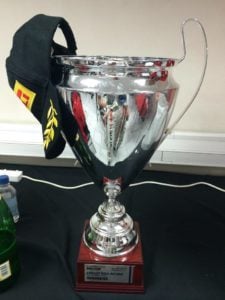 “This is our first overall win in this championship,” said team boss Bob Neville. “We won the PRO AM title a couple of years ago, and we won the GT4 title before that but this means everything to us. Bentley pushed us hard at the end, but Al (Buncombe) just did his job and brought it home. To win a 1000kms race just before Spa is just what we needed. It couldn’t be better.”

“We’ve worked so hard over the years to get a win like this,” said Buncombe. “This is my first year in the PRO class alongside two amazing drivers, and it all came together tonight. Chiyo has been a star all weekend. He is awesomely fast in the GT-R! The team were telling me the gap back to Kaney (Steven Kane – Bentley) at the end so I knew he was catching me. I ran wide once – I’m only human – and then had pick-up all over my tires for a couple of laps, but it all worked out well in the end.”

Fifth Place in GP3 at the Red Bull Ring 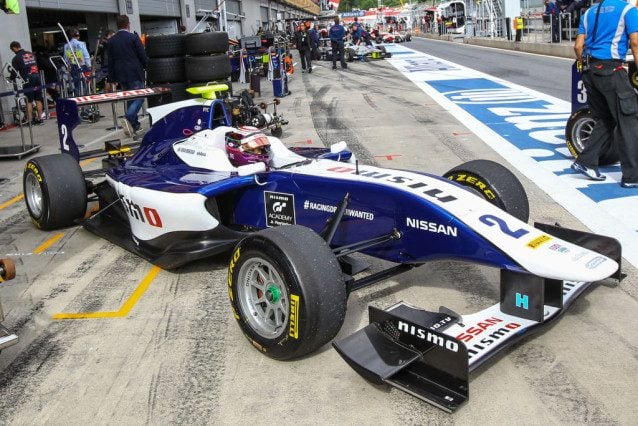 Jann Mardenborough had a race to forget in the second GP3 Series race of the weekend in Austria on Sunday. He and his teammate Antonio Fuoco got a little too close during the race, making contact early on. Mardenborough pitted for repairs and recovered to 17th place.

Race one on Saturday went a lot better for Mardenborough. He started from 12th and had to react fast when his teammate stalled on the grid in front of him. Once the track was cleared he and his other Carlin teammate, Ferrari Academy driver Fuoco, set about making their way through the field. Jann made some great passes, securing fifth place at the flag.

“I had a good start and managed to avoid any contact in the first few laps and then tried to make up as many positions as possible,” said Mardenborough. “My goal was to get into the top eight and into a good position for the reverse grid race, but we managed more than that and took more points with fifth.”

Blancpain Endurance SeriesGP3Jann MardenboroughWolfgang Reip
The original comments for this post are no longer available.
Can You Beat the Impossible Gran Turismo Quiz?