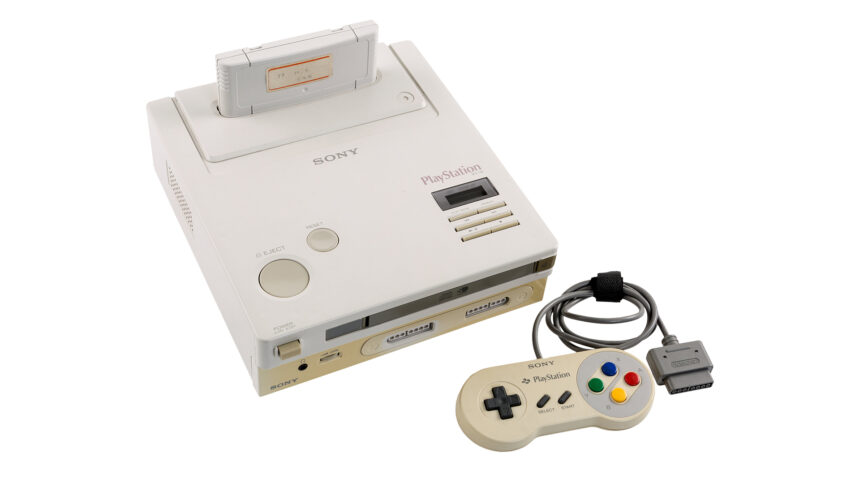 Back in December we were celebrating the 25th birthday of PlayStation. Yes, Sony launched its maiden gaming console a quarter of a century ago, on December 3 1994. With remarkable timing, the opportunity has come up for a well-heeled bidder to pick up the very first PlayStation — and we don’t mean something as mundane as a 25-year-old commercial console, but something rather older.

In case you’re not familiar with the story of the PlayStation brand, it originally wasn’t even a Sony project. A small team from Sony was working with Nintendo to create a console based on CD-ROM technology, producing a CD add-on for the Super Nintendo (SNES) — also known as Super Famicom — console and a new hybrid machine that could play both SNES cartridges and the Super Disc format.

To Sony’s surprise, a day after it announced the Play Station at the Consumer Electronics Show in 1991, Nintendo revealed it was in a partnership with Philips — Sony’s big electronics rival — to develop the CD-ROM tech. Awkward. Unperturbed, and thanks to the persuasive powers of Ken Kutaragi, Sony pressed ahead with the project on its own to create the PlayStation three years later.

It’s that original Nintendo/Sony hybrid prototype that has now come up for sale — and when we say ‘that’, we mean just that. Before its unceremonious conclusion, the project is thought to have produced around 200 examples of the device, but every single one of them was destroyed. That is with one obvious exception: this console.

This single remaining machine first surfaced in 2015, after being thought lost for two decades. It survived by a chance set of circumstances, where one-time Sony Interactive Entertainment CEO Olaf Olafsson happened to keep hold of one and took it with him when he moved to become CEO of the Advanta banking group. When he left Advanta in 1999 to join Time Warner, he also left the Nintendo Play Station behind. It then fell into the hands of Terry Diebold who bought it as part of a lot during the bank’s bankruptcy auction in 2009.

Diebold is now selling it through Heritage Auctions, and incredibly it’s still in working order. The team at Heritage has tested the Play Station out with Super Famicom game Mortal Kombat, and it plays audio CDs too. It comes with a controller — a regular Super Famicom unit, bearing the Sony branding — and all the cabling you’ll need to use it.

However you might just prefer to keep it safe. With three weeks still left to go on the auction, it’s already reached an eye-watering $48,000. If that doesn’t put you off, head over to Heritage Auctions to place your bid.

NintendoPlayStation
15 Comments Discuss this post in our forums...
Can You Beat the Impossible Gran Turismo Quiz?