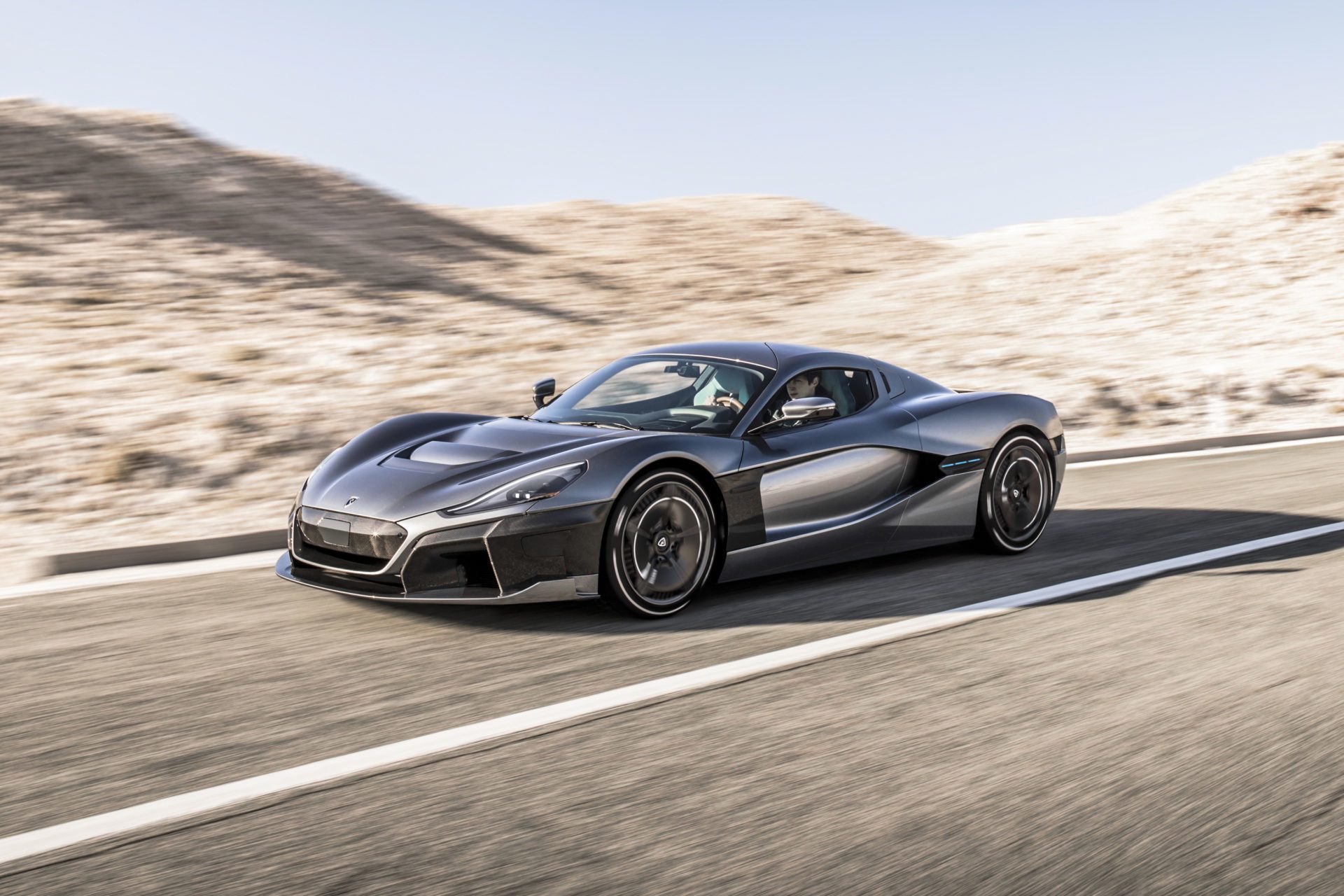 Rimac has taken the opportunity of the Geneva Motor Show to reveal its first true production car.

Called the “C_Two”, it’s the result of everything the tiny Croatian carmaker learned from its first car, the Concept_One.

It’s a new design, but with some familiar aspects. Aside from some aluminum in the crash structures, the C_Two is almost exclusively carbon fiber. It uses a carbon fiber tub with bonded carbon roof, and a fully carbon fiber body. This means that despite packing nearly 7,000 lithium manganese nickel cells, the C_Two comes in at under 4,300lb. 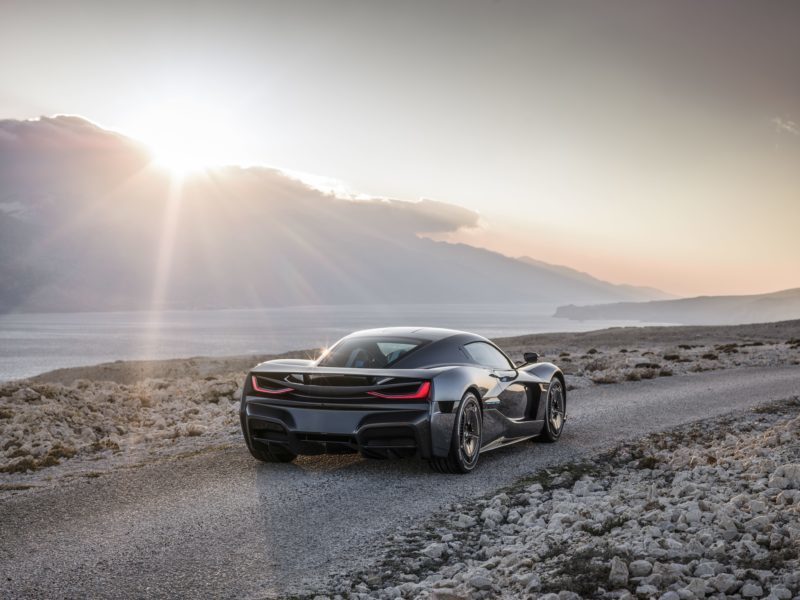 That array of cells produces a truly stunning amount of power. Rimac states it as 1.4 megawatts — it is an electric car after all — but in proper money that’s 1,888hp. That puts the C_Two within touching distance of the magic 1hp/kg power to weight ratio mark.

The car channels the electricity to four individual motors, one within each wheel hub. This gives the C_Two four-wheel drive, and an in-house torque vectoring system replaces things like traction control and stability control.

With all that power on tap, the C_Two posts some alarming acceleration figures. 60mph will come up in 1.85 seconds (sorry, Tesla Roadster). 100mph is dealt with in just 4.3 seconds. The car hits 186mph in 11.8 seconds, having blown through the quarter mile in 9.1 seconds.

In order to allow the car to stretch its legs, Rimac fits a pair of independent two-speed gearboxes to the rear motors. That means that, with a straight enough run, the C_Two will hit a frankly alarming 258mph. 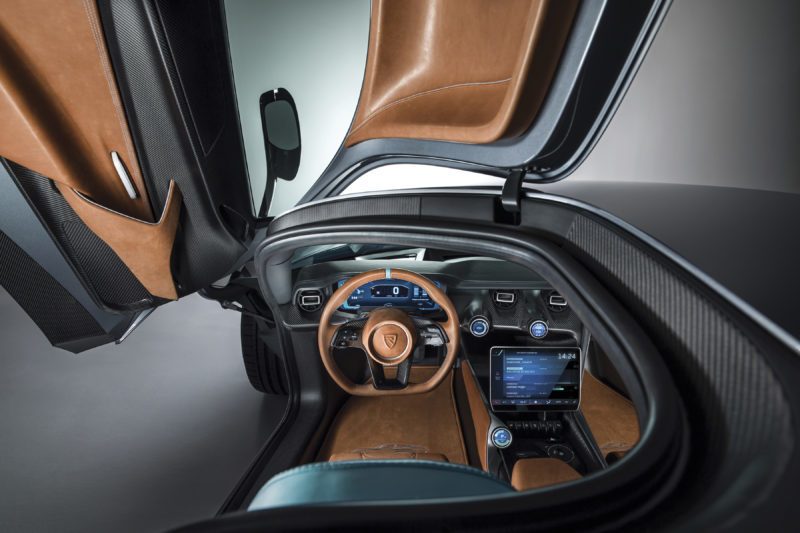 Rimac rates the liquid-cooled battery pack at 120kWh. That’s good enough for a 400-mile range, at least if you’re driving sensibly. The company notes the car will survive two maximum attack laps of the Nurburgring without any obvious ill-effects. When you do run out of juice, the C_Two supports 250kW fast charging, allowing an 80% charge in 30 minutes where available.

As you’d expect with a modern electric car, there’s a number of autonomous technologies. Rimac states that the car is Level 4 autonomous, where legal, but that it doesn’t intend that the assists take away from the driver.

Evidence of this is that, along with typical self-drive tech, the C_Two features an augmented reality Driving Coach function. In this mode and at a suitable racing facility, the C_Two will overlay a driving line, with braking points and acceleration markers, and audio guidance. Rimac also fits a fire extinguisher, “in case of hill climb“… 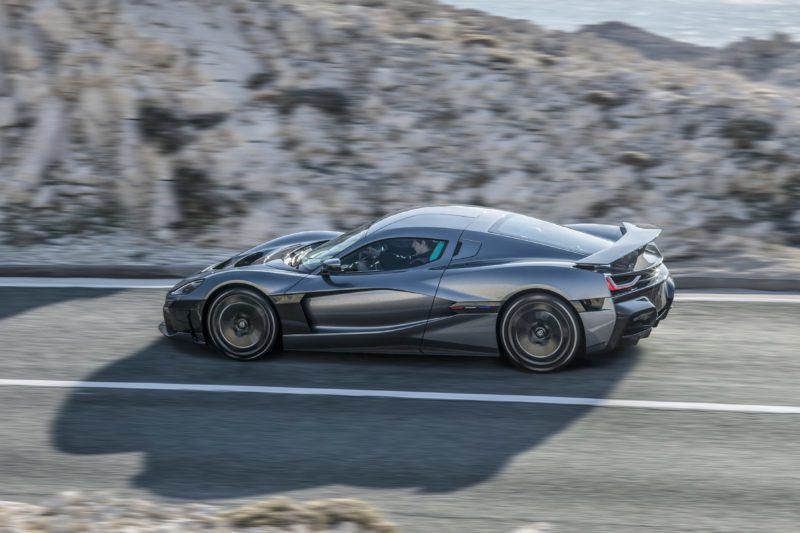 Although Rimac is renowned as a supplier of electric technology to the motor industry — it’s responsible for the hybrid system in the Aston Martin Valkyrie, for example — this will be the brand’s first in-house production car. The company plans to build 150 examples in total.

There’s no word yet on price, but don’t expect it to come cheap. The Concept_One was $1.4m, and we anticipate this car won’t be any less pricey.