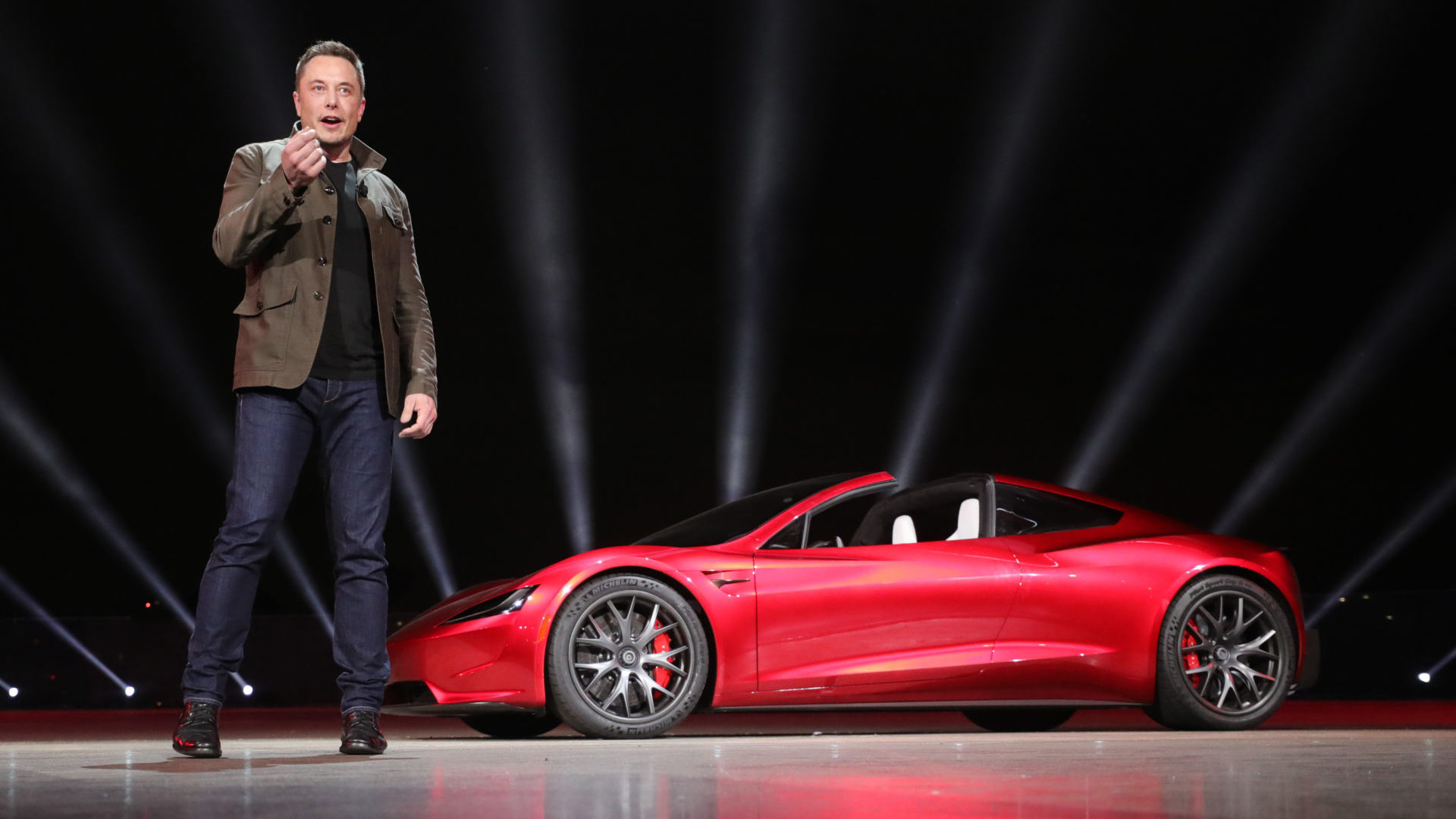 Last night was supposed to be about Tesla’s biggest ever vehicle. Instead, the big news was about its smallest.

During an event intended to unveil the Tesla Semi — an 80,000lb big rig — the company’s founder went full Musk and revealed a second generation of its very first car, the Roadster.

The new Roadster is similar in form to the original, in that it’s a tiny sports car with a manual targa lid. But that’s where the similarities end. Rather than borrowing a chassis from somewhere else (Lotus, for the first generation) and fitting Tesla battery tech to it, the new Roadster is a bespoke Tesla product from wheels to removable glass roof.

Without the compromises needed to mate two brands’ technologies together, Tesla has been able to create something a bit different. How different? Well, it’ll only be the quickest production car in the world. 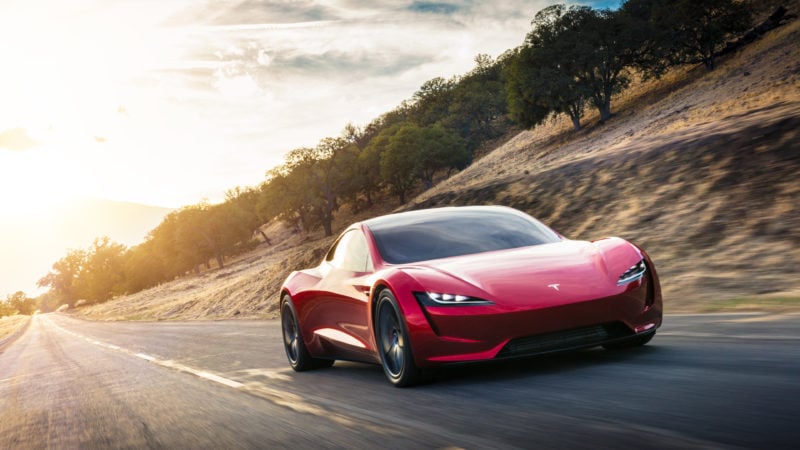 Musk didn’t reveal any power ratings for the all-wheel drive Roadster’s motors, but he did give some performance figures. Tesla pencils 0-60mph in at 1.9 seconds — and no, we didn’t make a mistake there, that’s ONE point nine seconds. A quarter-mile run will take 8.8 seconds, which means that if you were to drive it on a drag strip, regulations would require you to fit a parachute. Top speed is 250mph. That’s not a typo either.

So it’s the range that suffers, right? Guess again. Tesla specifies the Roadster with a 200kWh battery pack, twice that of its P100 models, for a 621-mile (1000km) range. That means the Roadster should out-accelerate everything, outrun just about everything, and get twice as far as anything even close to similar performance before needing a top-up.

With all those attributes you may expect the Roadster to be somewhat expensive. It’s certainly a step up from the original, but the new car’s base price is a mere $200,000, with $50,000 payable now if you want to reserve one. There’s also a Roadster Founders Series model, priced at $250,000, with the full fee required as a deposit should you want one of the 1,000. 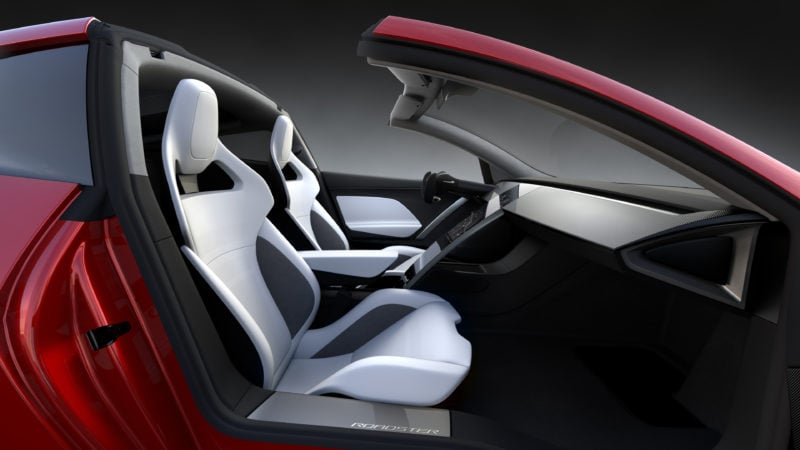 The Roadster may form a welcome distraction for Tesla at the moment. It recently had to delay deliveries and production targets for its mass-market Model 3 due to supply chain issues. This wiped almost 10% off the value of the company’s shares since September.

With the Gigafactory reportedly working flat-out to produce the battery packs for the planned 2,000 Model 3s a week, you may wonder where Tesla is going to find the capacity for Roadster and Semi batteries too. We’re right there with you, so we’ll be watching with interest…

172 Comments
Click here to see the related discussion our forums...