It’s not even been a week since the highs and lows of the Le Mans 24 Hours and the GT Academy team are in action again, this time at the fearsome Nürburgring 24 Hours.

With a three car line-up, the Nismo Athletes have their sights set on top honours – the SP9 class – at the Green Hell in 2014. The cars will be wearing the numbers 24, 30 and 80, referencing the length of the race, the age of Nismo and the age of Nissan respectively. 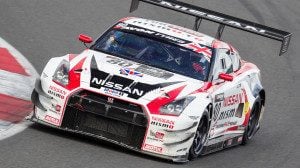 Driving car #30, a Youtube-liveried Nismo GT-R GT3 like the car added to GT6 recently, will be a Super GT rich line-up consisting of Michael Krumm, Katsumasa Chiyo, Kazuki Hoshino and Tetsuya Tanaka. The first three drivers should be familiar to anyone following GT Academy in recent years, while Tanaka was a factory Nissan/Nismo driver in the 2001 Super GT season – driving with Kazuki’s father Kazuyoshi the following year. 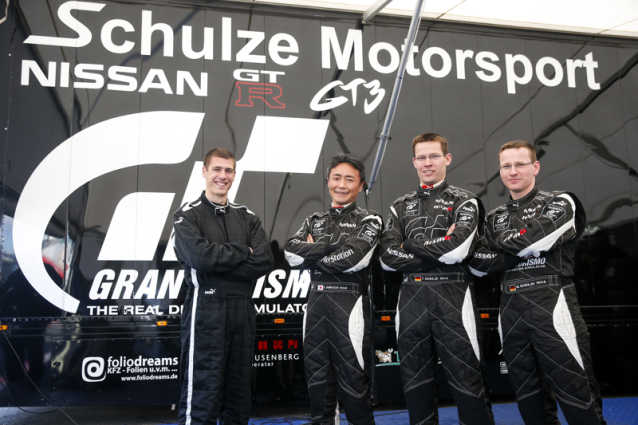 Running the Schulze Motorsport #24 car will be Michael and Tobias Schulze as usual, joined for 2014 by 2010’s Academy winner Jordan Tresson and Gran Turismo creator Kazunori Yamauchi. All three cars are entered in the SP9 GT3 class, in contention for overall race victory. 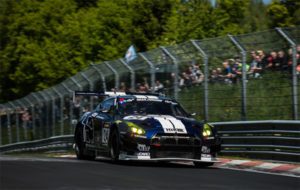 Qualifying has been a tricky experience at N24 this year. Jordan Tresson had an off in night qualifying, required a few repairs to get it back into shape for the top 30 shootout. Unfortunately Michael Schulze didn’t get a lap in during the shootout. The #30 fared better, with a 15th place qualification, but it’ll be disappointing considering they went into the shootout in 6th and have a grid penalty that sees them start 20th.

Car #80 is in much better shape though, with a 10th place start – and another magic launch from Alex Buncombe could see the big Nissan at the sharp end of the early stages.

We’ve put together the following resources for our members who can’t attend to keep up to date with events:

It’s not the only Academy action this weekend though. Wolfgang Reip returns from a disappointing outing in the Nissan ZEOD at Le Mans to codrive the British GT entry at Snetterton with cycling legend Sir Chris Hoy, while Jann Mardenborough returns to GP3 action at the Red Bull Ring, recently added to GT6.

GTPlanet wishes the Nismo Athletes and every other driver the very best of luck and a safe race this weekend!