As revealed yesterday, Gran Turismo 6 has increased its track list by one with the addition of the Red Bull Ring – formerly the A1 Ring – ahead of this weekend’s Formula 1 race at the location. 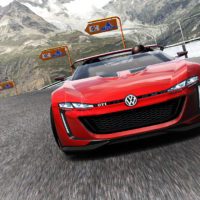 Bundled in with the v1.09 update, this free DLC includes both the long F1 circuit, around which GT Academy winner Jann Mardenborough will be piloting his GP3 car at the weekend, and a shorter layout. The tracks are added by way of a 598Mb update, available now.

Also coming along expectedly is the Volkswagen Vision GTI concept, announced earlier in the month at the Wörthersee festival. This 500hp roadster is available to win in its own dedicated Seasonal Event – again, regardless of the laptime – and has been added to the Vision GT section of the game too. A special Vision GTI racing outfit has been added, it too coming as a prize for the Seasonal Event. 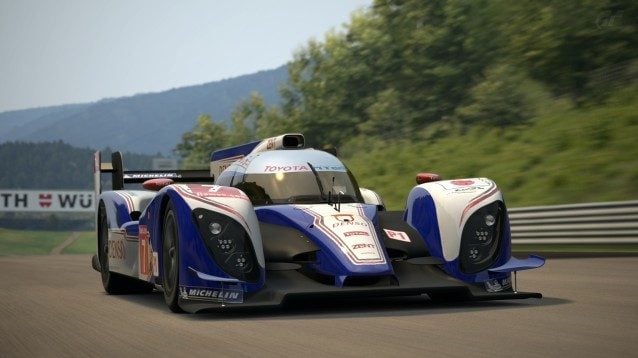 A little more unexpectedly, the stable of cars in GT6 has swelled once more. The GT Academy RJN Motorsport GT-R NISMO GT3, as used in the final round of this year’s GT Academy event is probably not so much of a surprise, but the update also brings the Lexus IS F CCS-R ’11 (as raced by GT Academy 2010 winner Jordan Tresson) and Toyota’s TS030 Hybrid. 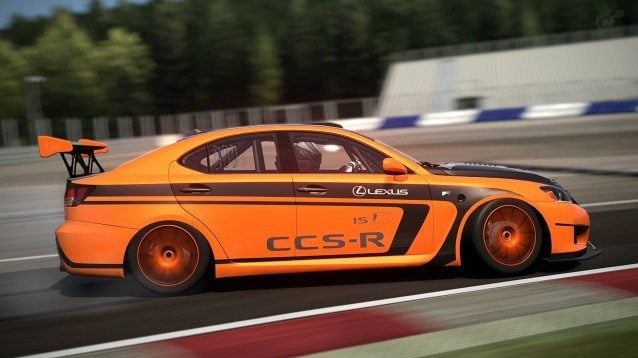 The default settings of the tuning parts have also been adjusted to match the above changes.

Other cars adjustments
On the various Mitsubishi Lancer Evolution X models, it is now possible to enable the [Active Steering] under the [Driving Options] of the “Quick Menu”.

Other offline improvements and adjustments
– [Data Logger] can now be opened from the “Quick Menu” of Time Trial events. Please note that only limited features will be available in this way. Please refer to the online manual for more details.
– A [Reset to Default] option that returns the car to its showroom condition has been added under [Car Settings].
– Signal Starts are now enabled on tracks with signals.

Other online improvements and adjustments
– A countdown is now displayed on the bottom right part of the Open Lobby screen, showing the time before an event starts and the time when the track voting ends.
– The uploading time for both Drift Trials and Time Trials (Section) have been changed.

The patch is available as of this very moment and weighs in at 598Mb. An install phase of around 30 minutes is also required and gamers are advised that this may differ from what is displayed on screen.

As ever, please head into our GT6 forums for further discussion – and keep an eye on the Undocumented Changes thread for any little tweaks not covered by the release notes.

Kyle Patrick · Jun 18, 2014· Comments
Polyphony Digital has quietly reminded Gran Turismo fans of the upcoming 10-car pack for GT Sport. The hint doesn’t even come from within the game, but rather its predecessor, Gran Turismo 6.

Adam Ismail · Jun 18, 2014· Comments
Want to feel old? Nearly as much time passed between the first Gran Turismo and GT4 — about seven years — as between GT5 and GT Sport.

Kyle Patrick · Jun 18, 2014· Comments
A new batch of Seasonal Events has arrived in Gran Turismo 6, and players will have to tackle one of the most challenging circuits in the game.

Kyle Patrick · Jun 18, 2014· Comments
A new batch of Seasonal Events has arrived in Gran Turismo 6, and players will have to tackle one of the most challenging circuits in the game.

Kyle Patrick · Jun 18, 2014· Comments
May has begun. Sure enough, the beginning of the month has brought with it three new Seasonal Events for Gran Turismo 6.

Brendan Rorrison · Jun 18, 2014· Comments
Following up from the comparison to the original Project CARS, we now have some more footage directly looking at how GT Sport compares to its predecessor, Gran Turismo 6.