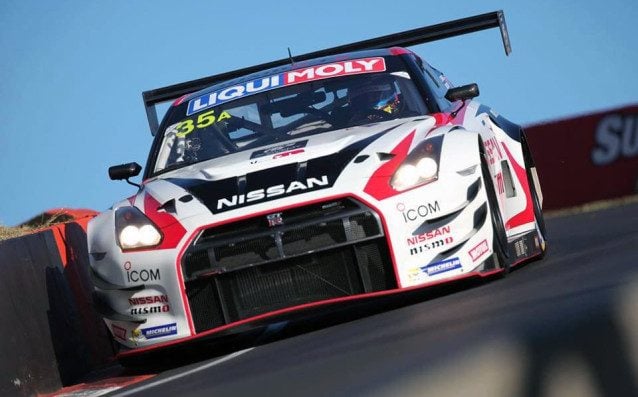 The 2014 Bathurst 12 Hours didn’t end so well for the GT Academy team. After a strong qualifying performance, a colossal accident for Katsumasa Chiyo at Skyline in the third hour ended their race.

Not ones to take defeat lying down, the team has returned for the 2015 event. An enforced driver change has put them into the amateur class of the GT3 category instead of the top Pro-Am group, but this doesn’t seem to have slowed them down too much as Chiyo has put the #35 GT-R 3rd on the grid with a 2’03.297 lap, seven tenths from pole.

Bathurst bit back almost immediately though, as Chiyo scraped the wall at the Cutting and had to limp back to the pits with some unsightly rear end damage. The team is confident of getting it all straightened up for the start of the race, which will be taken by Wolfgang Reip.

Join the discussion in the 2015 Bathurst 12 Hours thread in the GTPlanet Forums.