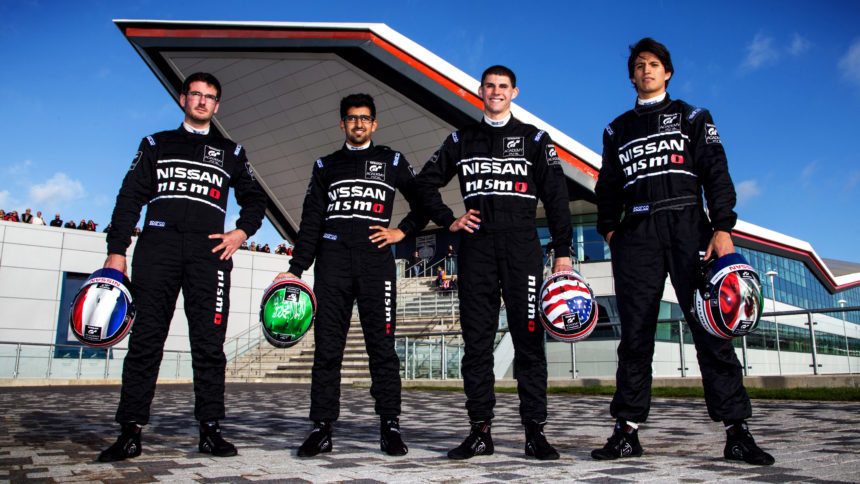 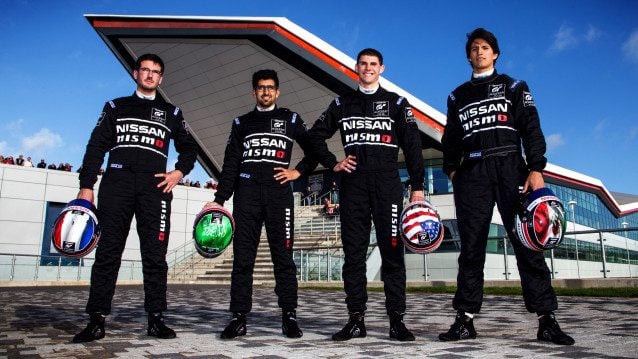 It’s been the prize for winning GT Academy for six years now, so this weekend’s Dubai 24 Hours shouldn’t come as a surprise to any wannabe-racer Gran Turismo fan out there.

As the race itself is celebrating its tenth anniversary, things will be a little different this time round though. With a class victory netted last year in the Nissan Nismo 370Z, the gamers are taking on the outright victory from the massive 95 car grid in a GT3 class Nissan GT-R, entered in the fastest A6 category. 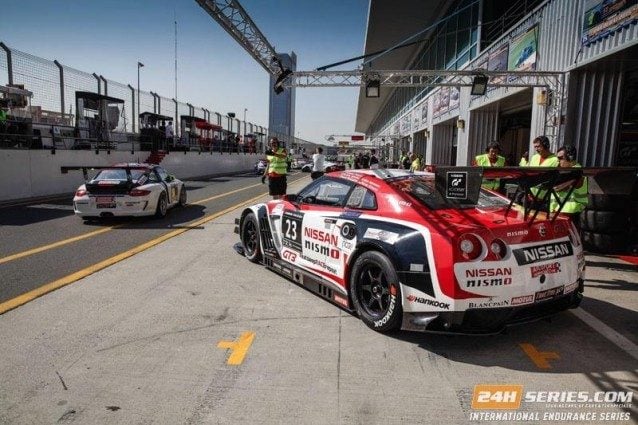 The challenges don’t end there either, as the four winners – Gaetan Paletou (Europe), Ricardo Sanchez (International), Ahmed Bin Khanen (Middle East) and Nicolas Hammann (USA) – will be sharing a single car for the 24 hour race, with only the guiding hand of 2013’s German winner Florian Strauss for company. All already have some good racing experience in the dark, with Gaetan and Ricardo placing 1st in a Britcar night race at Silverstone and Ahmed and Nick finishing 4th in the same event.

The race gets underway at 2pm local time (10:00 GMT) on Friday 9th January (convert to your local time here) with practice and qualification sessions occurring during Thursday afternoon. As usual, you can catch commentary of all of the sessions on Radio Le Mans, with Motors TV broadcasting the entire race live for the first time.