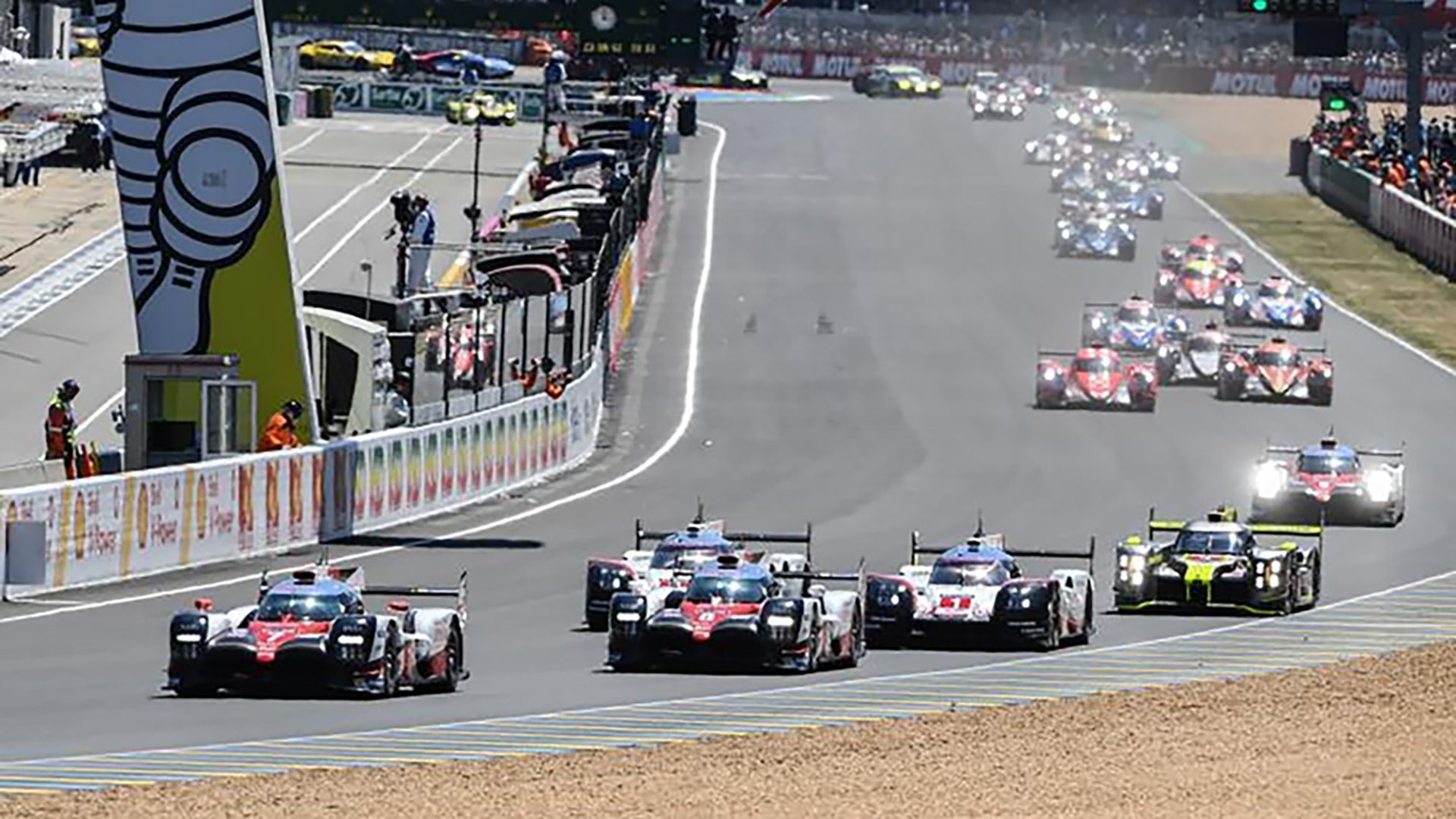 The Le Mans 24 Hours is an unforgiving race. With cars running at full throttle for significant periods and immense stops, Le Mans will test any machine.

Add in the heat of a French summer and it’s a wonder any vehicle survives. Perhaps the relentless reliability of Audi for the last 15 years has spoiled us, but 2017 brought home what a test the race is. For one brand in particular, it was a very harsh lesson indeed.

The withdrawal of Audi after 2016 made for a very different, and very small, P1 class. From 2015’s 14-car strong lineup, we were down to just six. No Audi, no Nissan, no Peugeot — even Rebellion Racing had quit trying to make the impossible happen in P1 and moved to P2.

This left the two Porsches to defend the back-to-back titles, three Toyotas keen not to make the same mistake as last year, and the hopeful ByKolles entry.

Hopeful almost immediately became hopeless when Oliver Webb put the ByKolles car into the barriers at Tertre Rouge. Although not enough to retire the car on the spot, the engine gave out soon after.

With just seven laps gone, the LMP1 field was down to five. Next to fall was the No.2 Porsche, defending its title. Four hours into the race, its hybrid unit failed and the team burned over an hour in the pits fixing it. The car rejoined in 56th place, 18 laps down.

This left the LMP1 battle as a clear three-on-one. Toyota’s strategy of bringing an extra car seemed even more wise when the No.8 Toyota failed with exactly the same problem as the Porsche. Toyota’s MGU proved even less accessible than Porsche’s — the team repaired the car but sent it out two hours and 30 laps down on its leading siblings. 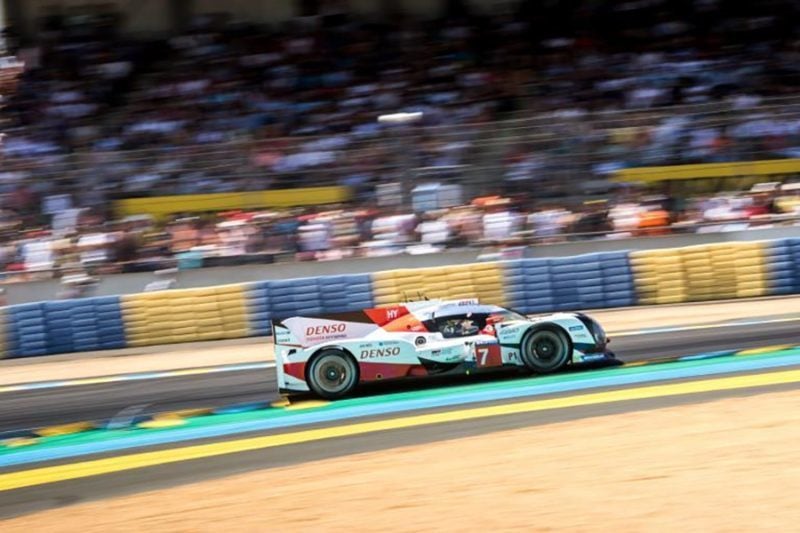 Then There Were Two

Toyota still had total control, until a bizarre incident during a safety car period. Oliver Pla’s Ford GT had a spill at Indianapolis, dragging gravel onto the track. This incurred the race director’s displeasure, and also caused a safety car to clear it away. Kobayashi brought the Toyota in for a stop, but found himself stuck in the pitlane awaiting a safety car train.

While waiting, a figure in orange overalls — thought to be Vincent Capillaire of the Algarve Pro LMP2 entry — ran to the car’s side and gave it the thumbs-up. Kobayashi, thinking this to be the all-clear from a marshall, set off. As he passed through the red light at the end of the pits, the team told him to stop. In the stop-start confusion, the Toyota ate its clutch. Kobayashi, unable to find a gear, abandoned the car in the Porsche Curves. Toyota’s hopes now rested on just one car.

The hopes didn’t last for long. Six laps later, Nicolas Lapierre collided with the No.25 Manor LMP2. The resulting puncture became a much more significant problem and it too crawled to a stop.

Before even half distance in the race, Toyota’s challenge was effectively over, with one remaining car more than two hours down. Both Porsches were still running, and although the No.2 had its own problems earlier in the race it had at least made some positions back and was second in class. 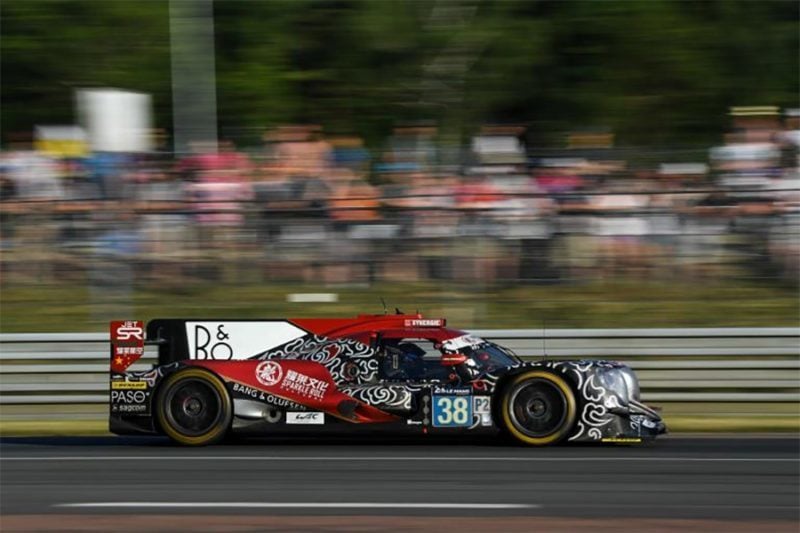 With time in its pocket, the No.1 Porsche was cruising. A thirteen lap lead — almost an hour — over the next car on the road should have meant an easy win, but not so. Andre Lotterer, at the wheel, reported a sudden loss of oil pressure and it was all over. As midday occurred on Sunday, all the LMP1s had either retired or lost hours through repairs.

The crowds were witnessing a moment in history. As Lotterer pulled the Porsche to the side of the Mulsanne, an LMP2 car took the outright lead. In fact LMP2s were first and second, with the No.38 Jackie Chan DC Racing Oreca Gibson ahead of the No.13 Vaillante Rebellion car. Rebellion had quit LMP1 after years of trying to get a podium and now found itself there with a P2 car! 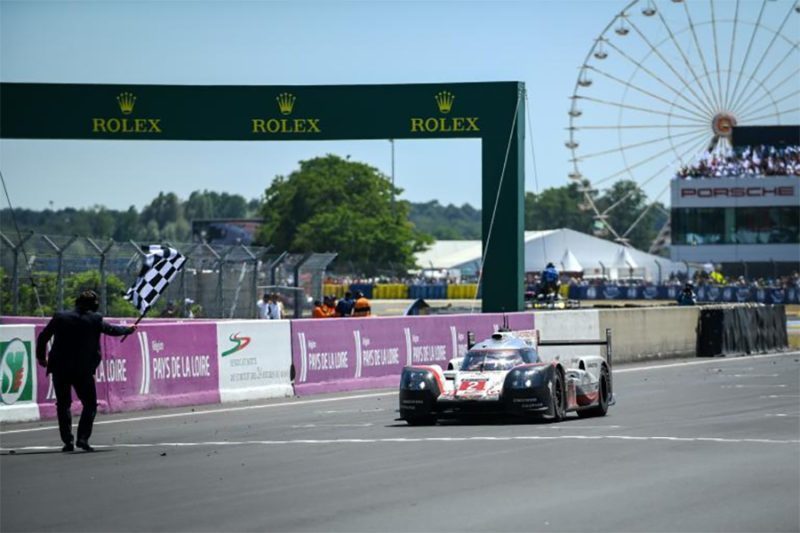 The fans craved an outright LMP2 win, but it was not to be. The No.2 Porsche, which had been last on the road after five hours, was promoted to third overall and had three hours to make up two laps on the P2s.

Now running in peak condition, with Timo Bernhard at the wheel, it only needed two hours. Bernhard swept around the outside before Indianapolis and took the lead with 66 minutes remaining. It was never surrendered, and Porsche took the win for the third straight year.

With the other remaining LMP1, the No.8 Toyota, back in ninth, the rest of the podium belonged to the P2s. The No.38 Jackie Chan car was just a lap down at the end and took second by two laps from the No.13 Vaillante Rebellion. 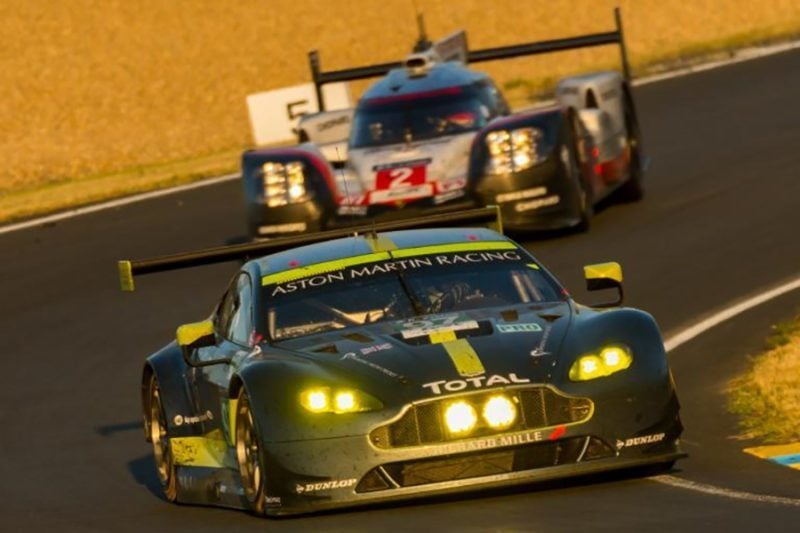 The Pro category was settled on practically the last lap. After a race-long tussle, the No.97 Aston Martin driven by Jonny Adam took the class lead through the Ford Chicane before starting the final lap. The two had enjoyed some door banging action over the previous couple of laps, but a puncture for Jordan Taylor after skipping through the gravel at the first Mulsanne chicane saw him ultimately lose out.

The slow final lap also allowed Andy Priaulx to leapfrog the Corvette with the No.67 Ford GT, taking second a year after its debut victory. In fact the top five spots in GTE Pro were occupied by five different manufacturers — the No.91 Porsche 911 RSR and AF Corse’s No.71 Ferrari 488 taking fourth and fifth.

GTE Am was an altogether more obvious affair, with a Ferrari 1-2-3. British ex-F1 driver Will Stevens took the win with teammates Robert Smith and Dries Vanthoor.