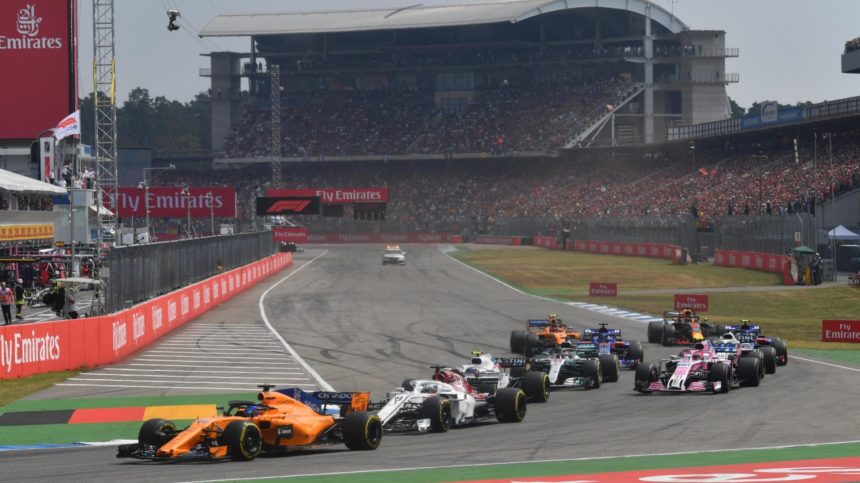 2018 Formula One German Grand Prix: Second Half Sends Race into a Tailspin

F1 returned to the Hockenheimring for the first time in two years for the German GP. While one of the season’s more relaxed outings, it wasn’t without a few surprises.

It wasn’t Sebastian Vettel taking the race victory for Ferrari as expected, nor was it a Red Bull. Lewis Hamilton took the crown in today’s race in a home run victory for Mercedes. Hamilton controlled the race in its final stages for his 44th win, all the while driving car number 44.

Moreover, the Brit resumed the championship lead, 17 points clear of Sebastian Vettel — 188 to 171. If there’s one thing 2018 has made crystal clear, the battle between Mercedes and Ferrari is far from over. 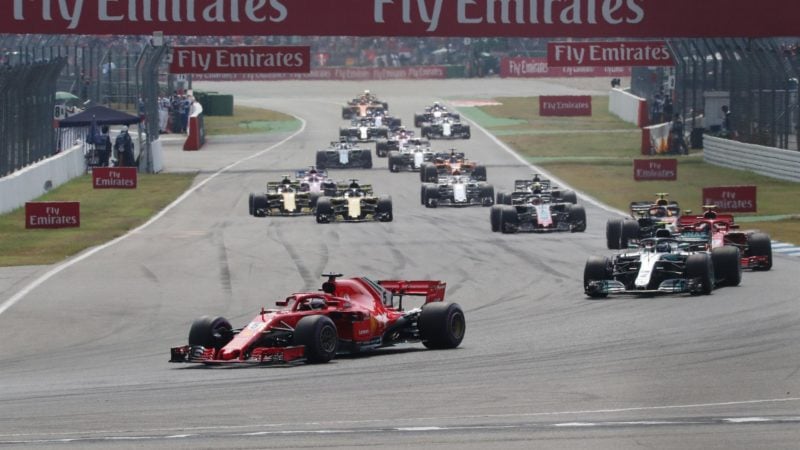 Valterri Bottas slotted in behind for a comfortable second place finish in the second W09. While both drivers butted heads in the closing stages, the call came in to hold their positions. As a result, Mercedes secured its first 1-2 result in Germany — a factor the team was more than aware of. Bottas has now appeared on the podium five times in 2018, all from second place.

Completing the top three was Kimi Raikkonen in the sole remaining Ferrari, ahead of the Red Bull of Max Verstappen. The charging Bull had its hope of a podium finish turned on its head, thanks to a failed pit stop gamble.

Off the line, Vettel’s start was impeccable. All three of the top qualifiers kept it clean through the first corner, without a change in position. Verstappen had a go at Raikkonen, pulling up alongside him heading into Turn 6, but to no avail.

With the first lap completed, the top three remained as they were: Vettel, Bottas, and Raikkonen. Hamilton, who started from 14th, worked his way up one spot by the end of the opening lap as well. From here, the Brit would carve his way through the field at a steady pace. By lap 11, the Mercedes driver worked his way up to seventh, ahead of Renault’s Nico Hulkenberg. 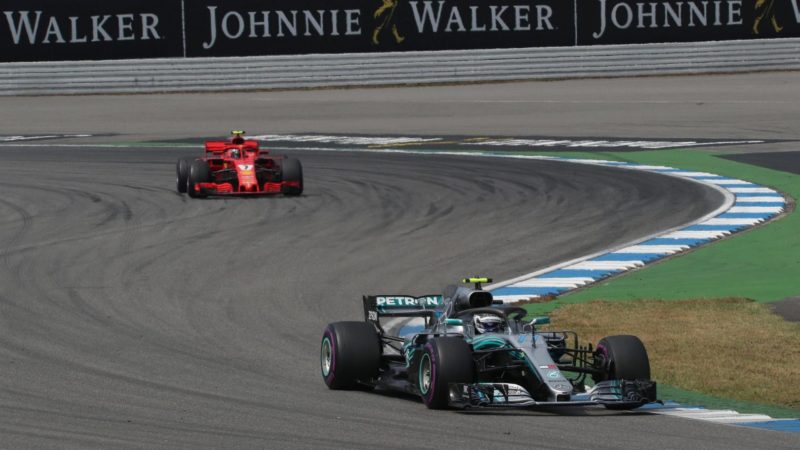 Raikkonen was the first to come into the pits for a change onto fresh softs. In what was likely mind games for Bottas and Mercedes, the end result saw the Ferrari in the pits one second too long. The red Finn rejoined the race in fourth, behind Verstappen and ahead of Hamilton.

With the Red Bull in third, the order was now Vettel, Bottas, and Verstappen. With a nasty lap lockup toward the end of lap 25, Vettel came in from the lead for a change of tires. Joining again in third, both Bottas and Verstappen were now in front with neither coming in to pit as of lap 26.

Soon after, Bottas came in for a fresh set of tires and rejoined behind his teammate in fifth. Conversely, as Verstappen took the race lead, his teammate’s race ended in disappointment.

Daniel Ricciardo slowed his car to a stop through Turn 11 with a loss of power. It will be interesting to see what becomes of the issue with Ricciardo heading into next weekend. Remember, Red Bull took the penalty for new parts now as opposed to Hungary. With the team expecting to be more competitive, will this now hamper Daniel’s hopes? 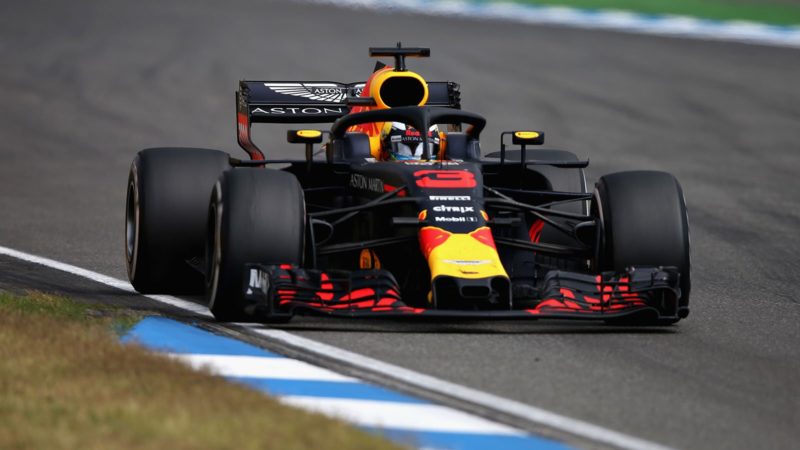 Verstappen finally came in for fresh rubber, re-emerging in fifth place behind Bottas. As of lap 30, the order had become Raikkonen, Vettel, and Hamilton. Nine laps later, the call had come in for Raikkonen to let Vettel by as they were on different race strategies. With the threat of rain looming, Ferrari lead the race with a potential 1-2 finish.

Despite the threat, Hamilton came in for a second stop, this time taking on supersoft tires. With the skies beginning to open up, the stop appeared daring. Little did we know, this was the perfect call on Mercedes’ behalf.

With 17 laps remaining and the track getting more slippery, things began to heat up. Bottas was able to make his way past a struggling Raikkonen for second place. Beforehand, the Silver Finn worked his way up to third following a pit stop rotation. 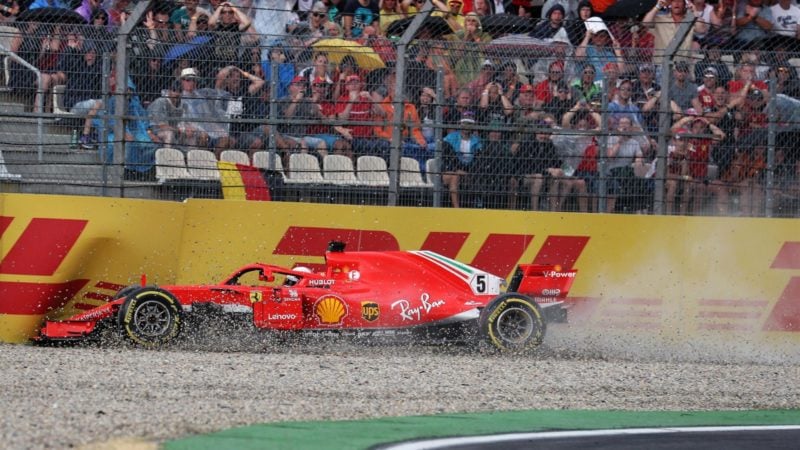 Never putting a foot wrong and leading the race, tragedy struck Vettel on lap 52. Tip-toeing around the wet areas of the track, Vettel lost control heading into Turn 13 and settled into the gravel trap. Dejected, the German hit the steering wheel in frustration. The crash prompted the Safety Car, slowing the race down with 15 laps remaining.

Bottas immediately swept in to the pits for a change onto ultrasofts like his teammate. With the team unprepared for the stop, confusion ensued as the change was eventually made. Dropping down the order, Bottas got back on track in third albeit more than 20 seconds behind the leader.

Meanwhile, Lewis looked to make an appearance in the pits as well but the resulting chaos saw him stay out. Raikkonen pitted soon after, advancing Hamilton into the lead. With the last stretch of the race shaking things up, it was Hamilton, Bottas, and Raikkonen in the top three as of lap 54. It was here that the three would remain for the rest of the race. 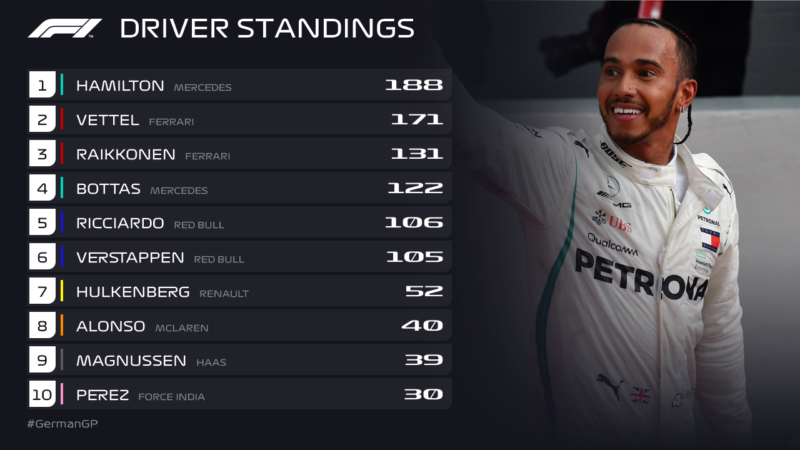 Nico Hulkenberg crossed the line in fifth for Renault, his best ever result at the German GP. Romain Grosjean slotted in at sixth for Haas, the same position he started the race from. It’s worth noting this is the first time the Frenchman has ever scored points at the circuit.

Rounding things out, Brendan Hartley takes the final points-paying position for Toro Rosso. Carlos Sainz, who originally held the position, made do with a 10s penalty knocking him down to 12th. With the finish, Hartley brings the team its first points finish at Hockenheim in a decade.

Next up, the circus heads to Hungary for the eponymous Grand Prix. After that, things cool down as we head into the summer break before returning in late August. With the title fight swinging back-and-forth over the last handful of races, who will take the win as we close the book on the first half of the season? 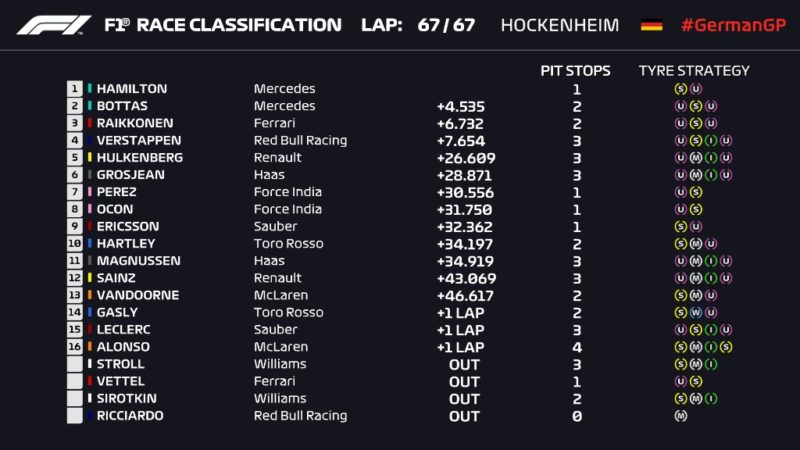 F1 2018 SeasonHockenheimring
350 Comments Discuss this post in our forums...
Test Your Badge Knowledge With Our Car Logo Quiz