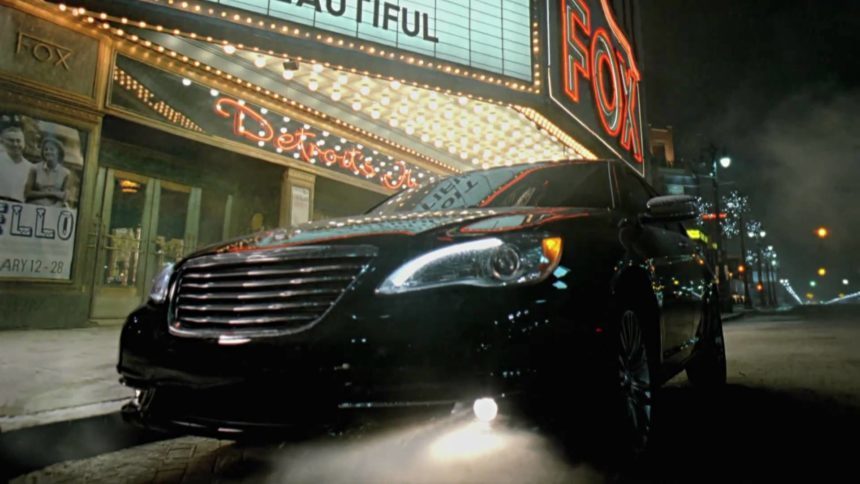 Super Bowl LII kicks off in just a few hours. While many will watch to cheer on the New England Patriots or Philadelphia Eagles, several (million) more will tune in solely for the commercials.

We already got a sneak peek at the Kia Stinger advert featuring Steven Tyler and Emerson Fittipaldi. However, there’s sure to be a multitude of cool car commercials throughout the game.

Since companies tend to go all out for Super Bowl ads, we thought we’d take a look at some past ones that we really enjoy.

For Super Bowl 50, Audi rolled out a commercial that was about as American as it could get. Well, as American as you’d expect of a giant German auto manufacturer.

The ad featured a retired astronaut commander (not a real one sadly) who’s in a state of depression. After one’s been to the Moon, we presume everything else on Earth is pretty average by comparison.

The astronaut’s son shows up and hands his dad the keys to his new car — an Audi R8 V10.

Immediately, the astronaut gets flashbacks of his youth as he prepares to board a Saturn V rocket to the stars.

The ad then cuts to the ignition sequence of the rocket, mixed with starting up the car. Cue David Bowie’s Spaceman — an incredibly timely move on Audi’s part, as the legend had passed away not even a month previous — and instantly there’s happiness in the old man’s eyes.

Also for Super Bowl 50, Hyundai debuted a commercial for its Genesis sedan.

With Kevin Hart playing an overprotective father, he lets his daughter’s beau use his car for their date. Hart has an ulterior motive though.

Using the “Car Finder” option for the Genesis, Hart tracks his daughter all over the city showing up in some improbable spots. His goal? To make sure his daughter’s boyfriend doesn’t get too handsy.

The date ends early to the surprise of the daughter but to a relieved Hart.

Anyone with a daughter can probably relate to the commercial on some level. Throw in a comedic Hart and this ad is one of the better ones from the Korean automaker.

The Chrysler commercial from Super Bowl XLV did more than just promote a ho-hum sedan. Regarded by some as one of the best car commercials ever made, it also paid homage to the home of Chrysler at the time — Detroit.

In 2011, the US auto industry was still recovering from the crash of 2008. After bailouts, selloffs, and deep discounts to get people into dealerships, the Big Three needed some winners.

While the 200C really wasn’t the car to help Chrysler get back on its feet, it certainly inspired the Motor City. Throwing in hometown superstar Eminem didn’t hurt either.

It also introduced a tagline Chrysler would come to use in several other adverts: “Imported from Detroit”.

Chrysler wasn’t the only company to bring out an awesome commercial in 2011. VW took a more lighthearted approach for its 2012 Passat.

Featuring a wee version of Darth Vadar, the kid does the best he can to harness the power of the Force. Nothing seems to respond to his will though and even the dog seems less than impressed.

However, when dear old dad pulls up in his new Passat, he does what any pops would do. Pressing the remote start button on his fob, the Passat comes alive to the surprise of Vadar’s mini-me.

It’s cute, memorable, and ticks off the Star Wars nostalgia box. Definitely a win for the German automaker.

Speeding through the upstairs of an empty house to the sounds of Van Halen’s cover of “You Really Got Me”, Nick is on a mission. Finally locating a dollhouse he comes to a sliding stop and gives a quick whistle. In a flash, Barbie comes down the elevator and hops a ride in the Z car.

The commercial finishes with a distraught Ken looking on and the Nissan character Mr. K laughing.

If you wonder how Nissan got away with this commercial without the wrath of Mattel — it didn’t. In 1997 the toy maker filed suit against Nissan for copyright infringement, ultimately settling out of court.