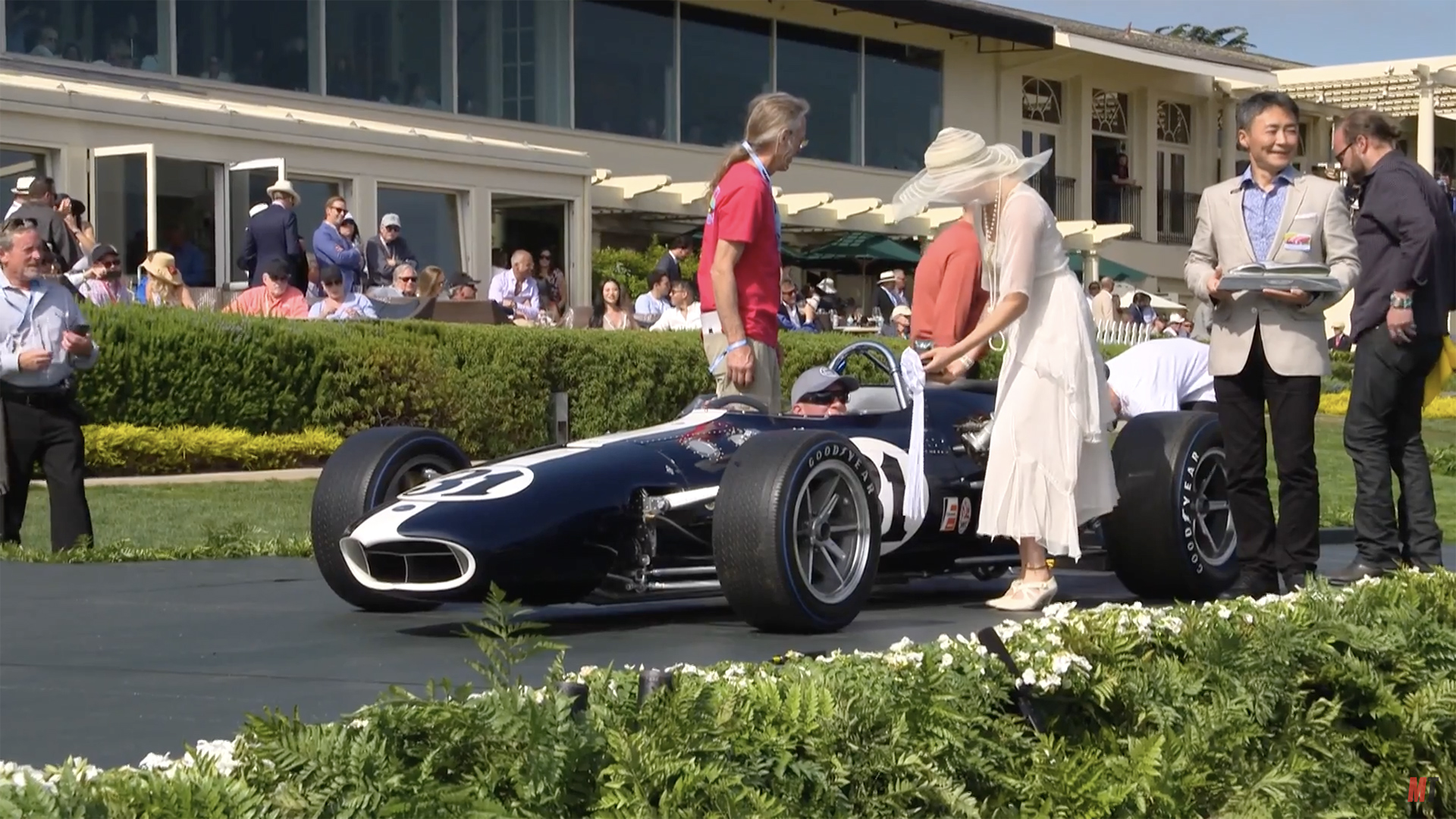 Another open-wheeler could be coming to the Gran Turismo series in the future. No, not a modern Formula One machine, but a 51-year old Indy 500 competitor driven by motorsports royalty.

Gran Turismo series creator Kazunori Yamauchi was once again on the ground in Pebble Beach this weekend. Just as he has for the last decade, he used the opportunity to select one of the classics for the Gran Turismo Trophy, which will eventually find its way into the franchise itself. His car of choice is the No.31 AAR Eagle Indianapolis.

This particular car is notable for many reasons. In the mid-1960s, the late Dan Gurney set his sights on the Indianapolis 500. He hired Len Terry, the man behind Lotus’ winner the year before, to design the car. Adopting the same rear-engine layout, Terry’s super-low Eagle featured a 425hp V8, a four-speed transmission, and fully independent suspension. Gurney & Co built six Indy cars in ’66: four for his All American Racers team, and two for customers. But it was this chassis — the very first of them — that was Gurney’s own ride.

Unfortunately, the car never enjoyed as much success as others Gurney drove. In its debut Indy, chassis 201 didn’t even survive the opening lap of the race, getting caught in a huge chain reaction of a pileup. Gurney had qualified 19th, and was classified 27th.

After continuing to race through 1972, the car went through numerous owners in the decades following. The Eagle ended up at the Riverside International Museum ten years ago, where it underwent a thorough mechanical restoration — even showing up at the Goodwood Festival of Speed.

More recently, the car went up for auction via RM Sotheby’s in 2016. It sold for just shy of the seven-figure mark, to Bruce Canepa of Canepa Restoration. Since then, Canepa and his team have worked for two years to bring the race car up to its current award-winning form.

Like previous winners, this means Gran Turismo players can look forward to driving a digital version of the car some day. We wouldn’t bet on a GT Sport inclusion, however; the last GT Trophy winner to show up in a game is 2011’s Plymouth XNR, in Gran Turismo 6. Maybe it’ll be the next GT game then — which won’t be GT Sport 2…

Thanks to GTPlanet users Panoz and Duphman for the tips!