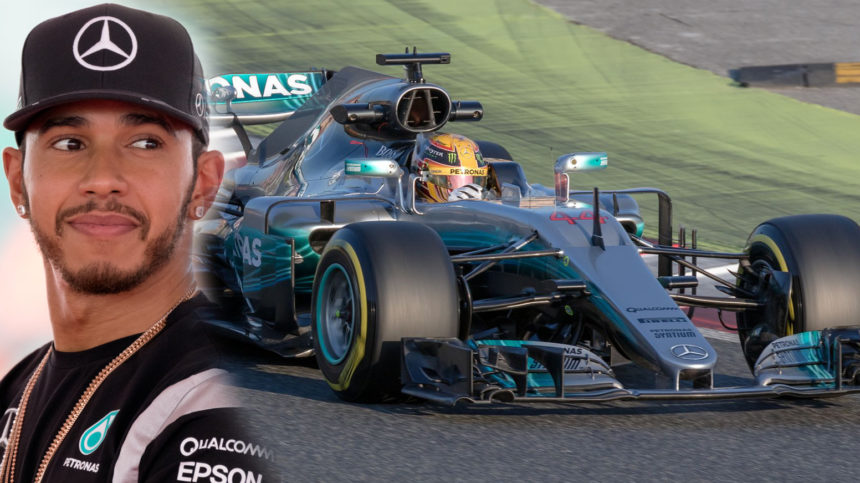 Kazunori Yamauchi dropped a bomb on the Gran Turismo community early this morning, tweeting a batch of teaser images that offer a closer look at the open-wheel car coming to GT Sport‘s massive update on July 30th.

Since we first got a glimpse of the Formula car’s silhouette, there’s been plenty of speculation in our forums about what it might be, but these close-ups provide enough clues for the experts in our community to complete the puzzle.

After close inspection, the car is none other than the Mercedes AMG F1 W08 EQ Power+.

This was the most dominant car on the F1 grid in 2017, earning Mercedes its F1 Constructor’s Championship and carrying Lewis Hamilton to his fourth F1 World Driver’s Championship.

Needless to say, this is a big addition for Gran Turismo Sport, and a milestone for the franchise. It’s the first time a contemporary Formula 1 car has appeared in a Gran Turismo game since 2010, when the Ferrari F10 was featured in Gran Turismo 5.

Lewis himself reportedly reached out to Polyphony Digital to get involved with the game, and you can watch him chat at length with Kazunori Yamauchi about his career and how Gran Turismo helped inspire his passion for driving.

The W08 will arrive in GT Sport‘s 1.22 update next Monday, July 30. In addition to this new F1 car, 1.22 is expected to bring six more cars and a mysterious new track located somewhere in the South of France.

As always, we’ll keep a close eye on further leaks and developments. Until then, check out this video to learn more about the 2017 F1 champion:

Gran Turismo Sport 928 Jan 18 by Andrew Evans
There’s a new set of GT Sport Daily Races this week, to tide us all over while we’re waiting for the next FIA season to start. The options are relatively…

Gran Turismo Sport 928 Jan 11 by Andrew Evans
GT Sport fans have a new set of Daily Races to occupy them over the next seven days, with a couple of old favorites and combinations we’ve not seen in…

Gran Turismo Sport 928 Dec 28, 2020 by Andrew Evans
The last set of GT Sport Daily Races for this year is heading to the real world, and taking players to some of the game’s destinations around the globe. Race…