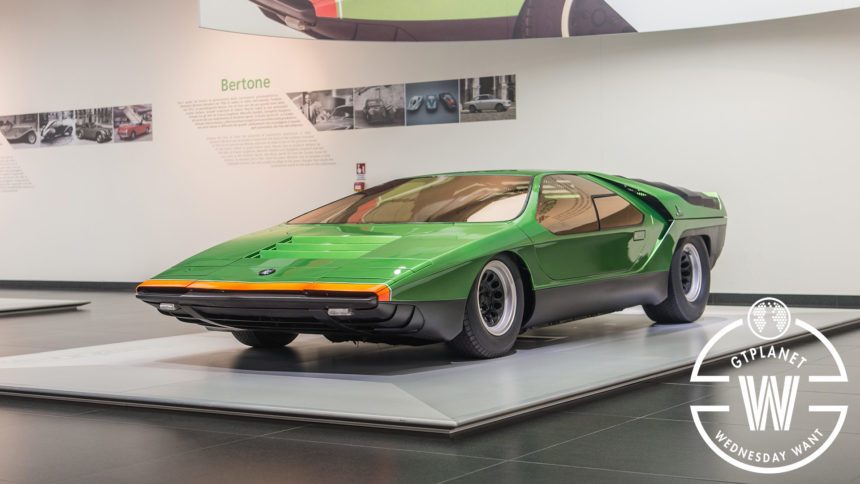 Alfa Romeo Carabo: The Wedge That Inspired the Future

For the children of the 1970s and 1980s, the wedge was normal. Any supercar worth the name was a wedge.

From the Lamborghini Countach to the Lotus Esprit, the Lancia Stratos to even the Aston Martin Lagonda, the wedge was the default shape for performance cars. Vector may have taken the concept to its extreme, but it all started with an Alfa Romeo.

When the topic of the most beautiful race cars ever crops up, someone will mention the Alfa Romeo Tipo 33. Its race record only enhances its looks — the prettiest race car is, after all, the one that wins.

Alfa manufactured 28 of these beauties, and then set about a run of road cars. But, however unthinkable this may be these days, the road version — or Stradale — didn’t sell. The fact it was the most expensive car in the world, 25% more expensive than a Lamborghini Miura, probably didn’t help. 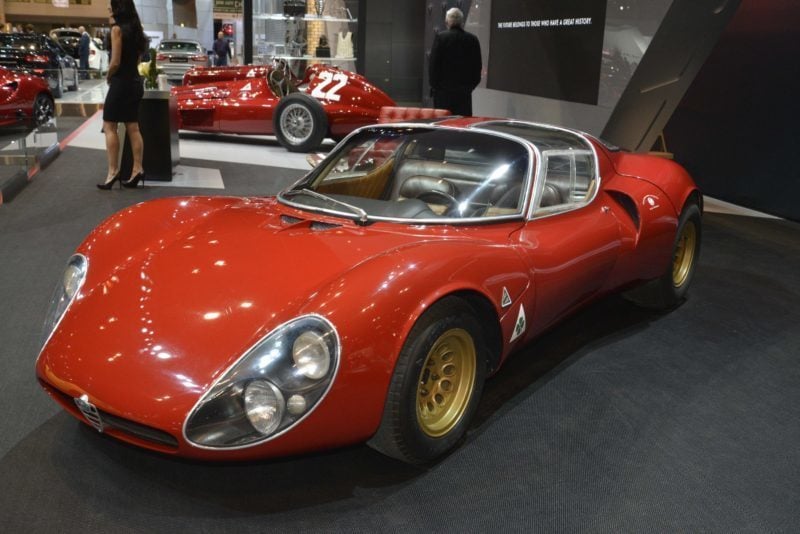 These days, collectors would have bought every example, but this was 1968. The result was that, despite only making 18, Alfa Romeo ended up with way more cars than it could sell. Alfa passed the five spare Stradales across to the great Italian coachbuilders.

Two of these five ended up at Bertone, and one fell under the pen of Marcelo Gandini. Gandini was the designer behind the Lamborghini Miura, but what he created for the Alfa could barely have looked more different.

The wedge shape was actually Gandini’s solution to the Miuri’s weak spot — high speed lift. The Stradale gave him the perfect chance to put it into practice, and the Carabo was born. 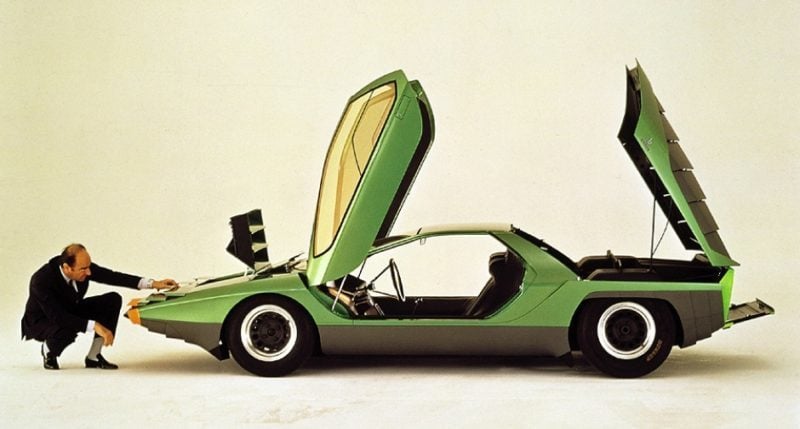 The Carabo took its name from a species of beetle, which also inspired its choice of paint. Everything on the car was louvred, from the engine cover to the panels that obscured the headlights, like a beetle’s shell.

Strangely, the scissor doors were a practical concern. The race-car derived Stradale has very thick sills, requiring deep doors to overcome. Alfa’s solution was A-pillar hinged ‘butterfly’ doors, but Gandini adopted a new technique for better clearance in busy car parks. Although missing from the Lamborghini Bravo concept in 1974, it was a solution he’d later turn to when designing the Countach, and it has been a Lamborghini signature ever since.

Bertone’s Carabo was still a Tipo 33 Stradale at heart too. That meant a dry-sumped, 2-liter V8 — Alfa Romeo’s first — turning out 230 hp. With a flat-plane crank and a 10,000rpm redline, it’s probably the best-sounding 230 hp in the world. The result was that in 1968 the Carabo, and the Stradale, were the fastest cars in the world.

It may have been a one-off, but Gandini’s design was a masterstroke. Alongside inspiring countless supercars, you could find hints of the wedge shape and Carabo cues across the automotive spectrum, particularly through the 1980s.

As mistakes go, Alfa’s had one of the most profound positive impacts in motoring history.