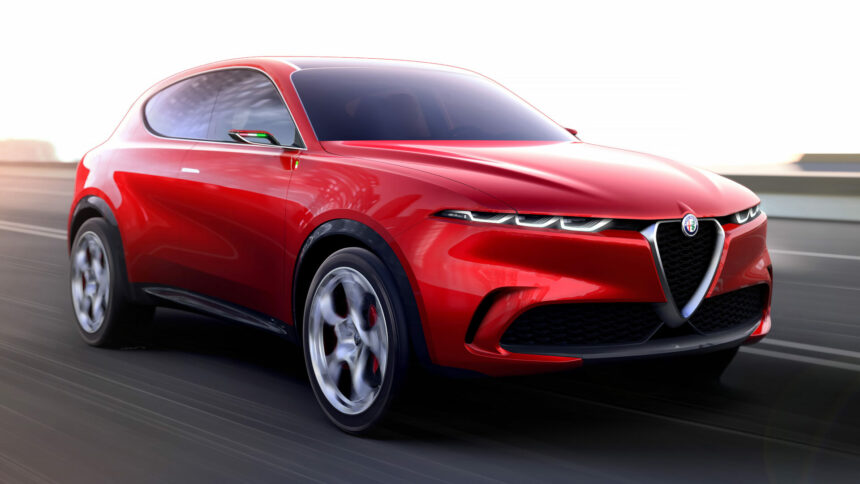 Alfa Romeo is going through something of a purple patch of late. Its Giulia sedan gets rave reviews (including from us), while its first attempt at an SUV — the Stelvio — has been a massive hit.

For the 2019 Geneva Motor Show, it’s taken the covers off a second SUV model. It’s slightly smaller, to eventually compete in the mid-size SUV sector but, more importantly, it’s another first for the brand: the first hybrid.

Alfa calls it, at least in concept form, “Tonale”, and it’s due to become the first of several planned electrified models from the brand. Although Alfa is a little shy on the precise details of the powertrain here, it confirms that it’s a plug-in hybrid (PHEV) with rear-axle motor.

It’s likely the car’s engines will be similar to those found elsewhere in the group. The Renegade PHEV from sister brand Jeep uses a 1.3-liter turbo petrol to drive the front wheels, in combination with a rear-axle motor for up to 236hp. 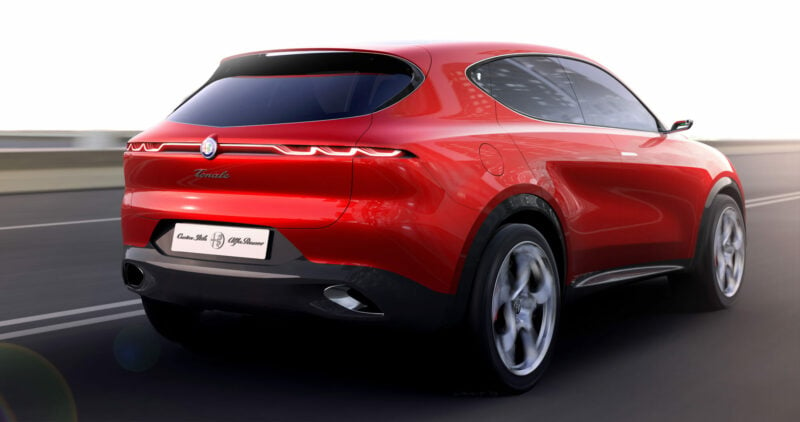 The company is keen to point out that it may be an electrified SUV, but it’s still an Alfa Romeo. It will be capable of electric-only driving in “Advance E” mode, along with other modes to exploit the full power of both (“Dual Power”), or to allow the car to manage the two engines appropiate to the conditions (“Natural”). This neatly ties into the existing “DNA” drive mode selector found in current Alfa Romeo models.

There’s plenty of nods to classic Alfa Romeos in the design. It’s hard to miss the telephone dial wheels, but there’s other hints too. The headlights in particular should remind you of the RZ/SZ and Brera models, although Alfa Romeo also makes reference to the influence of the Duetto and GT Junior.

In the cabin, the concept Tonale gets four racing seats. The driver gets a fully digital, 12.3-inch instrument cluster, while there’s also a 10.25-inch touchscreen in the center console. This features a new version of the Alfa Romeo infotainment system, which includes an “Alfista” lifestyle and social community function. 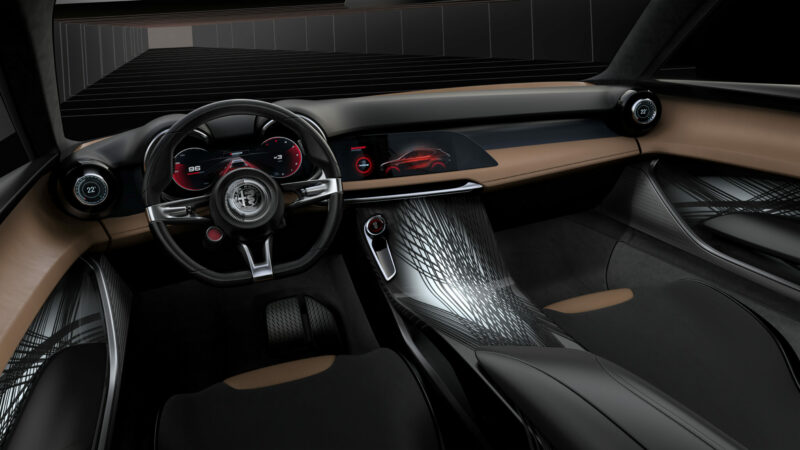 The car’s name is significant too. Located in the Italian Alps, the Tonale Pass is a mountain road, within a large natural amphitheater. In fact it’s just under 20 miles south of the famous Stelvio Pass, which should drive home the family relation to Alfa Romeo’s first SUV.

Although only a concept at this time, the Tonale is a car Alfa Romeo has mooted for a little while. It’s likely to make its way to production relatively unchanged by 2020.

Automotive News 54 Oct 19 by Andrew Evans
The chase for the fastest ever production car just got a lot spicier as SSC has recaptured the crown it lost in 2010. In regaining the record, SSC has also…